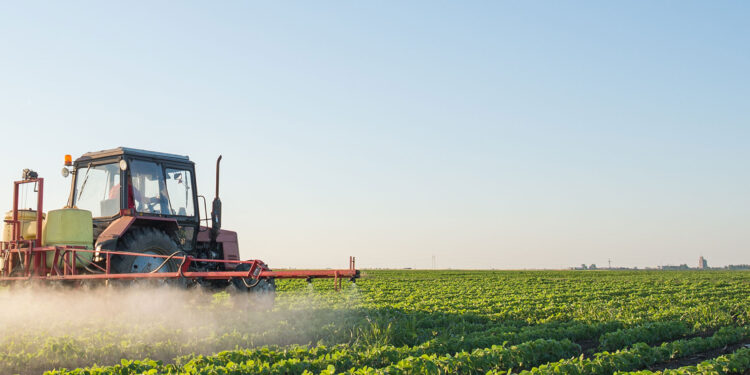 Yes, that’s phosphite, not phosphate. While it’s chemically similar to the widely used and essential phosphate — the ‘P’ in the NPK fertilizer mnemonic — phosphite (PO3) is a ‘reduced form’ of phosphate (PO4). One less oxygen atom makes all the difference: plants cannot access phosphorus in its phosphite form.

Some growers will already be aware of phosphite’s role in a disease suppression program, where it has shown remarkable activity against diseases caused by oomycetes such as downy mildew and late blight. In numerous trials, researchers and agronomists have observed how phosphite, when applied in combination with reduced fungicide doses, was able to offer potato crops a similar degree of protection against late blight as full-dose fungicide treatments.

This has proved valuable in recent years, in the wake of ever-tighter crop protection product legislation that has curtailed the use of ‘go-to’ fungicide actives such as mancozeb and chlorothalonil.

It’s important to note that this is ‘disease suppression’, rather than disease control. Phosphites won’t ever deliver 100 percent control, nor will they act against ‘true’ fungal diseases like Septoria in wheat. And scientists are still debating the exact mode of action: it’s thought to ‘switch on’ certain key genes in the host plant (i.e. the potato) that are instrumental in defense, but other theories abound too.

What’s also crucial — and where some growers have come unstuck — is that not all phosphites are created (or at least registered) equal. While they may be chemically identical, a grower who wants to adopt a form of Integrated Crop Management through introducing phosphite to the fungicide program must use a product that has a pesticide registration. OMEX® Cell Power Phorcephite, for example, has full U.S. registration as a systemic fungicide for the control of downy mildew, Pythium, Phytopthora and other diseases, across a range of crops including potatoes — where an added attraction is its zero-day harvest interval.

But OMEX® also has another phosphite registration — a product called 4pHoric. This is registered as a fertilizer — because this is where phosphite starts to get really interesting.

This is where we see phosphite in its double act. Applied at high doses, it provides the fungicidal inhibition we’ve just discussed. But when applied at low levels, below that capable of providing fungicidal activity, it can also act as a valuable biostimulant.

Biostimulants have received increasing attention and column inches in recent years. They’re a new class of crop protection chemicals that aren’t easily categorized, neither fertilizer nor pesticide nor nutrient. But when applied to crops, they can affect growth and development in numerous ways, across the whole life cycle of the crop.

For example, some biostimulants affect seed germination, others ‘prime’ defense systems or stress responses. They can facilitate recovery from abiotic factors, such as extremes of moisture or temperature, improve nutrient and water acquisition, and improve the quality of plant produce — color or sugar content, for instance. Some even promote better interaction between the plant’s roots and the soil microbes, in what’s known as the ‘rhizosphere’.

So, what biostimulant properties does phosphite offer the potato grower? Well, the most striking effect is on root development, where studies have identified that phosphite triggers a genetic response within the plant. This prompts the plant to reprogram its enzyme activities, stimulating root development.

Studies have demonstrated root enhancement of up to 50 percent in some crops. That wasn’t for potatoes, although where we’ve conducted our own glasshouse trials, we’ve observed a useful effect from application of a foliar treatment at tuber initiation.

Tuber numbers increased by 12.5 percent. It’s consistent with the theory that a potato plant with a more effective root system can support more tubers, while the accompanying increase in root biomass could also point — further research can confirm — to likely benefits from improvements in water and nutrient acquisition.

There’s also evidence — the American Journal of Plant Sciences published results from an Argentine potato trial — that application of phosphite to seed tubers could not only reduce the time between planting and emergence, but also stimulated early growth: another biostimulant effect in action.

Will phosphite turn out to be even more multi-talented? Quite possibly: it’s a fast-moving area, and there remain many unanswered questions about phosphite’s true mode of action. There’s also the legislative aspect: the lack of recognition for biostimulants inevitably places them in something of a gray area, although U.S. proposals for regulation have been tabled.

What’s certain is that even with these two uses, potato growers have a very valid reason for using phosphite as the missing link in their 2021 agronomic armory. 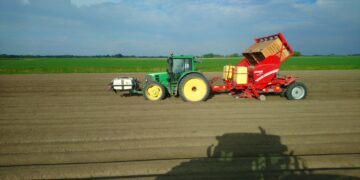 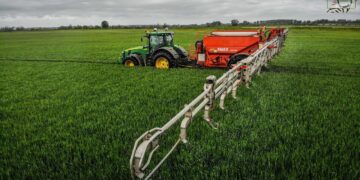 A wake-up call for growers on biostimulants & biofertilizers 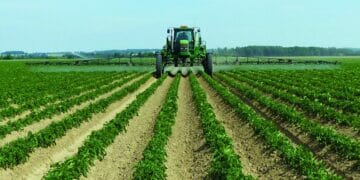 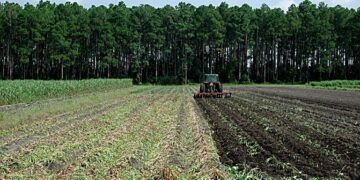 Blight control for today and tomorrow

1/3 all seed potatoes have been downgraded in recent years