What are the Elements of a Good Seed Potato Program?

in Growing seeds
Reading Time: 4 mins read
A A 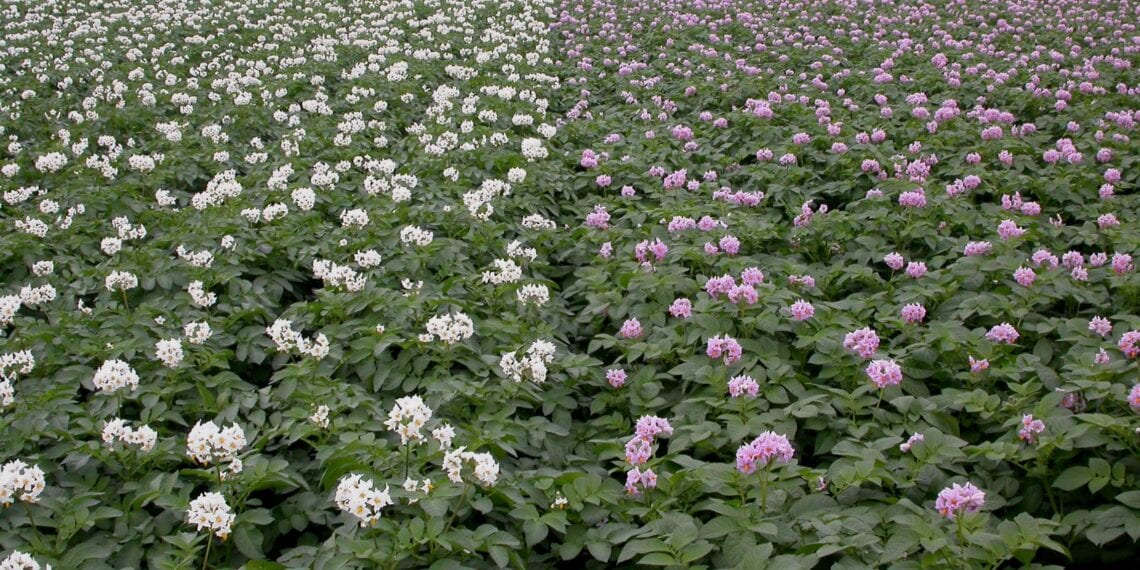 4.4k
SHARES
24.7k
VIEWS
Share on TwitterShare on linkedInShare on TelegramShare on Email

If you talk to a group of potato growers, one issue is almost certain to come up: how to find seed potatoes free of disease.

The U.S. potato seed industry can be difficult to navigate. Each region or state has its own rules for certifying seeds, which creates inconsistency.

“Seed potato programs differ because of the markets they serve. If a state has significant commercial production, [its] primary purpose may be to provide seed for their commercial farms,” says Nina Zidack, Montana State University (MSU), Assistant Research Professor, Seed Potato Certification. Montana does not have a commercial potato industry, so its focus is on seed, Zidack says. We reached out to several programs across the country, asking each what it takes to have a top-notch system. Here’s what we learned.

The goal of a seed potato certification program is not to provide disease-free seed, but to ensure the seed meets accepted standards of quality, says Kasia Duellman, Assistant Professor and Extension Seed Potato Specialist, University of Idaho.

“In many programs, the standards indicate zero tolerance for some diseases and tolerances for others,” Duellman says. “Some diseases have a zero tolerance in only early generation seed or for all generations intended for seed certification.” Which means that any seed lots with a detected disease will not be certified, Duellman says. In other cases, however, there may be a set tolerance. “If the tolerance is exceeded, the seed lot is either downgraded or rejected,” she says.

MSU’s certification program has a stellar reputation. That may be due to that state’s growers concentrating on seed production. “We strive to produce seed that can be re-certified for seed potato production in other states,” Zidack says.

The Elements of a Good Program

Since certification programs vary extensively, we heard a wide range of opinions on what every program should include.

Inspections and testing are agreed upon elements. MSU tests all nuclear and generation 1 plantings for mosaic virus (PVY). It also conducts post-harvest tests. They send samples from every growers’ fields to Hawaii to grow out for a season. The team inspects and takes a leaf from each plant, then ships the leaves back to the MSU lab. They’re tested for three viruses: PVY, potato virus X (PVX), and potato virus A (PVA).

Wisconsin’s Seed Potato Certification Program inspects not only the crops twice in the summer and post-harvest, but also other areas where problems can arise — storage and shipping points. Since there are constant improvements, it’s vital to update diagnostic testing protocols for pathogen detection and procedures to limit varietal mixture, says Russell Groves, Professor and Extension Specialist, University of Wisconsin, and Co-Interim Administrator Director of the Wisconsin Seed Potato Certification Program.

Documentation is key as well. It’s not uncommon for seeds to cross state lines, where they will need to qualify for another certification program. Another aspect of a robust certification program is roguing, or removing infected plants, says Brian A. Charlton, Interim Director, Klamath Basin Potato Faculty Scholar, Oregon State University. Some programs encourage roguing not only the infected plant, but any plant coming from the same nuclear plant. Disease can express at different times, after all.

Certification alone cannot take the place of a strong relationship between seed providers and growers, however. “Trust and involvement are more important than testing, in my opinion,” says Reagan Grabner, Vice President of CSS Farms, a seed producer in Washington state. “The seed grower and commercial grower need to have a close relationship and alignment on what it means to deliver a high-quality product.”

How to Protect Crops from Frost Damage Using Sprinklers

A new body to represent British seed potato growers has been proposed and aims to ensure the sustainability of the...

The ongoing post-Brexit ban on selling seed potatoes to the valuable European market continues to anger and frustrate Scottish growers...

How to Protect Crops from Frost Damage Using Sprinklers