in Irrigation technology
Reading Time: 5 mins read
A A 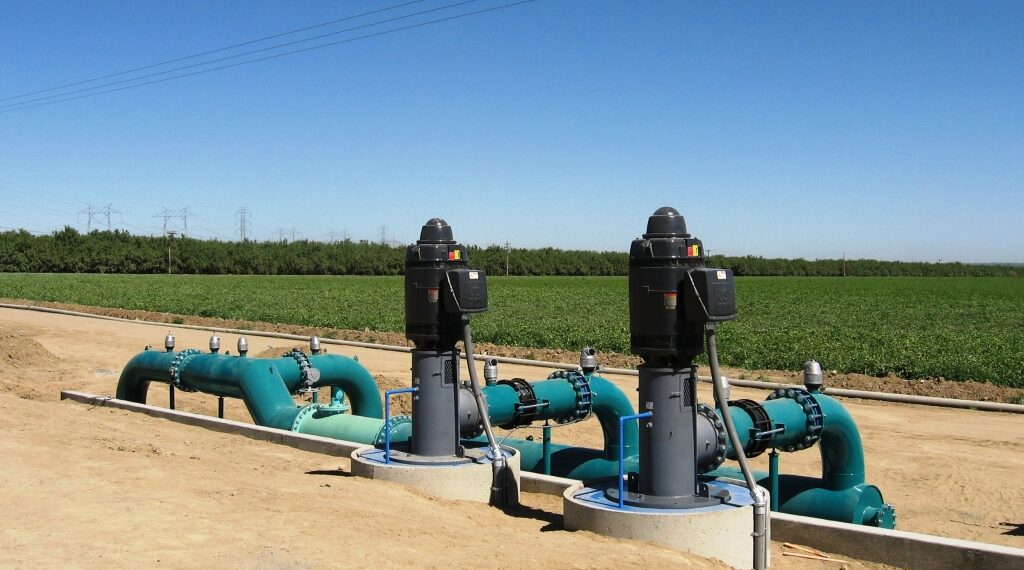 Irrigation offers one way to deal with changing climate

This article appears in the March 2022 issue of Potato Grower.

A new study examining more than 100 years of agricultural production and weather data in the United States suggests stored water plays an important role in providing resilience to drought. The findings also suggest water management strategies, which differ across the country, play a key role in how different areas of the country respond to weather anomalies.

“We wanted to understand how agriculture responds to climate shocks,” says Eric Edwards, an assistant professor in the Department of Agricultural and Resource Economics at North Carolina State University and a co-author of a paper describing the study. “The way that agriculture has adapted to climate shocks is generally through irrigation, but to what extent does having access to stored water matter?”

Access to stored water drives irrigation, whether that water is located in an underground aquifer or a dammed river. In addition to a dam and reservoir, surface water irrigation requires a network of canals and ditches. Conversely, farmers overlying an aquifer can just pump groundwater directly.

Irrigation makes agriculture possible in much of the mostly arid conditions of the western U.S. Water rights rules institutionally determine the order in which farmers get water and when they get it. In the eastern U.S., more precipitation and humidity have historically made farmers think of irrigation as generally superfluous, and water rights have not been codified. But that seems to be changing as the climate changes.

The study showed that, since around 1950, access to stored water in more arid regions of the western U.S. helped farmers avoid losses of about 13% in crop yields during periods of drought. The 1950s stand as a watershed period for increased water in the West, after the development of the Hoover Dam in 1936, and aquifer drilling and rural electrification in the 1940s, Edwards says.

“Our study showed that in the eastern U.S. since 1950, yields of corn and soybeans decreased during drought periods whether farmers had access to water or not,” says Edwards. “Meanwhile, in the arid western U.S., if you have access to water storage during drought periods, you don’t see any losses.” This may be because farmers in the eastern U.S. have not necessarily invested in irrigation systems to access stored water.

“During drought periods, farmers ask themselves two important questions: Do I bring more land into cultivation? And should I intensify the amount of water I put on my land to increase yields relative to what I would have otherwise?” Edwards continues. “Physical attributes and the institutional ways water is managed both influence the choices that farmers make.”

“Surface water rights are linked to specific land in the western U.S., and farmers generally already take the maximum amount of water each year based on their water rights,” says Edwards. “So there’s no expansion of area irrigated by surface water during drought.”

Edwards says the paper has a number of implications on water policy.

“Pumping more groundwater or grabbing more surface water in times of drought are really effective to combat drought, but could be problematic if you want to conserve more of the resource,” he says. “Irrigation is a really effective mitigation strategy during drought. It smoothes production across all states of drought. But because groundwater extraction controls are limited, we worry that depletion may reduce the ability of this important buffer to deal with climate shocks.”

“Is there a way to make surface water a bit more adaptable for reacting to drought, particularly in places where water use is tied to certain parcels of land?” he says. “Is there a way to start thinking about putting aside some water or storing some water rather than using 100% every year?”

Edwards adds that there are also policy implications for his home state of North Carolina and other areas in the eastern U.S.

“North Carolina is projected to have 10 to 15% longer dry spells in future years due to a changing climate,” he says. “Irrigation offers one way to deal with that. But to provide for the sustainable management of depletable natural resources, the state should consider developing water rights and groundwater governance frameworks.”

The paper appears in Environmental Research Letters. Steven M. Smith at the Colorado School of Mines is the paper’s corresponding author. Support for the work was provided by the National Science Foundation and the USDA.

How to Reduce Nematode Numbers in Potato Crops

Instead of spending hours trudging through wheat, barley and potato fields hoping he gets a good idea of what overall...

France is a major player in the global production of potatoes. It is one of the major European producers of...

A recyclable "drip tape" irrigation system is being put to the test by Norfolk potato growers who are seeking new solutions to water resource pressures.

How to Reduce Nematode Numbers in Potato Crops