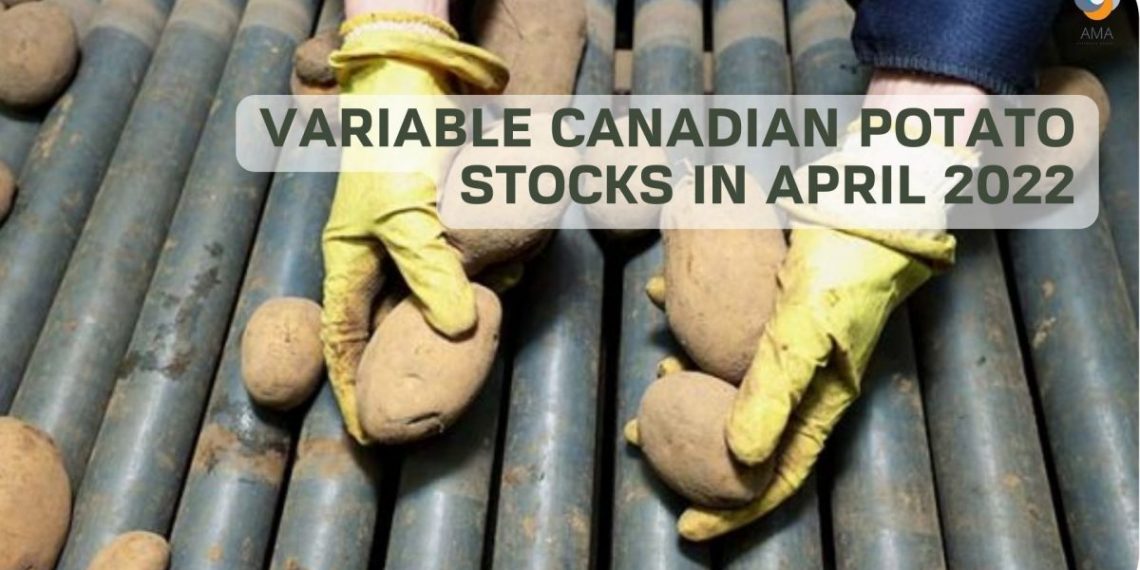 Even though the total Canadian Potato Storage Holdings on April 1, 2022, counts up 20%, they grew 33% in the four Eastern Provinces and down 8% in Western Canada, showing the regional differences in the country.

According to the latest United Potato Growers of Canada (UPGC) report, the Canadian spuds that are anticipated to be used for Table consumption as of April 1, 2022, are 477,542 tons, well above both years ago and historical levels.

“Demand and disappearance have been trend-setting throughout the winter months. In comparison to previous years, Eastern packers will have ample supply to run late into summer, and right into new crop,” the report shows.

“Fryers in the Eastern Canadian provinces have run hard to use the additional supply available to them. Fryers in Western Canada have managed their inventory by bringing in potatoes throughout the season to meet increased capacity in their plants. Chip supplies in Central Canada are abundant and companies have advised growers they will be accepting deliveries much later in the storage season, in addition to requiring smaller volumes of field fry contracts,” the UPGC experts added.

“Early planting in the Pacific Northwest has helped draw down western inventories early in the season. With PEI unable to ship seed to either the United States or Canada, other provinces have stepped up to fill those gaps in the marketplace, and all available seed will likely be utilized,” the report concluded.

Give us a morning coffee while reading our news