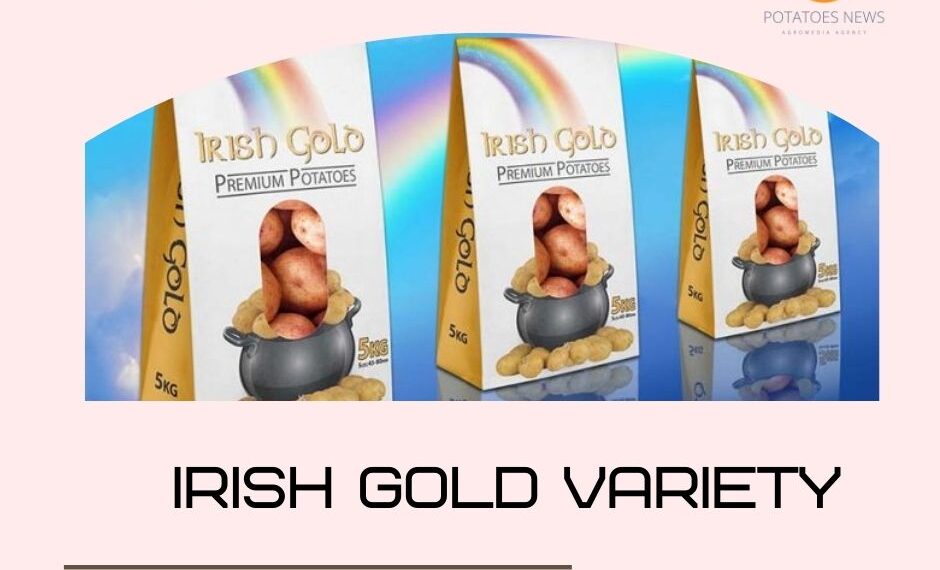 The new Irish potato variety ‘Irish Gold’ is rapidly gaining the attention of UK growers. The variety supplied exclusively to UK-based O’Kane Foods for the United Kingdom market was bred by famous breeders Harry Kehoe and Andrew ‘Buddy’ Mathews in the early 2000s but has just recently been brought to the market.

Following enough time of building seed stock in Donegal, Maurice Mathews, son of Andrew, brought the Irish Gold variety to the Irish market. The variety is now grown by the Spillane family, potato growers based in the Gaeltacht region of Co Meath.

Nevertheless, Maurice Mathews has just secured an exclusive deal to deliver the variety to UK-based O’Kane Foods who supply the UK market.

According to YourIrishShop, Irish Gold is a flavorful, exciting new variety of Irish potatoes.

“This oval-shaped potato has a golden skin with distinctive purple eyes and creamy flesh. While it is similar to Kerr’s Pink with its dry, floury texture, the Irish Gold has a unique sweet, buttery flavor. It is versatile and can be boiled, baked, steamed, roasted, and chipped,” the site experts mentioned.

The intense research and work invested into the breeding process of the Irish Gold variety emphasize the quality of the product, according to IrishGold.ie.

Harry Kehoe is a world-renowned potato breeder and specialist. He spent years in ‘Teagasc’ working hard at developing the potato industry. He’s best known for breeding the infamous ‘Rooster’ variety, the single most popular variety in Ireland.

Kehoe’s expertise led the project, breeding a versatile potato with all the essential values he wanted.

Maurice Mathews, being a second-generation potato trader, had extensive awareness of the modern potato market. He coordinated the process of bringing the variety to the consumer, making the idea a reality.