in Agronomy
Reading Time: 5 mins read
A A 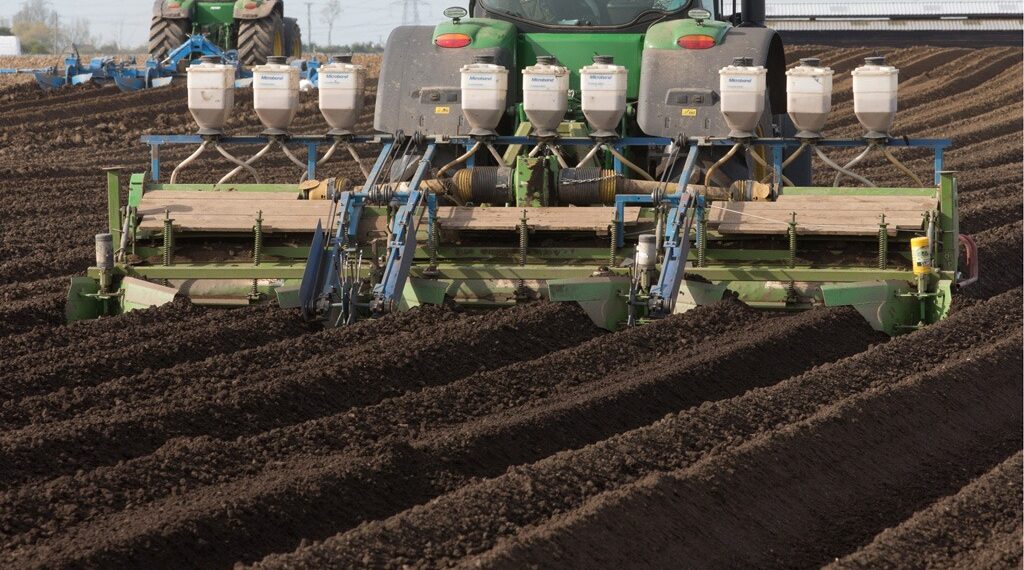 A sequenced approach using a liquid nematicide with a new mode of action along with an existing granular product is the best strategy for tackling potato cyst nematode, according to trials carried out by specialist potato agronomy group Produce Solutions.

The company has spent three years testing Velum Prime (fluopyram) in Shropshire, using it alone and in sequence with granular nematicides at different rates. The firm now has a clearer view on its place in potato cyst nematode (PCN) strategies and the costs involved.

For agronomist James Lee, who has overseen the trials, the work has confirmed that Velum Prime (fluopyram) is not a replacement for granular nematicides on sites with moderate-to-high PCN pressure. “What we’ve seen after three years is that Velum Prime has an important role in complementing other products,” he says. “In that respect, our findings tie in with what the manufacturer Bayer has always said.”

Up to last year, chemical control of the pest relied on granular applications of nematicides such as Vydate (oxamyl). Then came along Velum Prime in spring 2019, which is based on the SDHI fungicide fluopyram, familiar to wheat growers managing foliar diseases like septoria.

In the 2019 trial, both the best yield and the highest gross margin came from the sequenced use of Velum Prime and full-rate Vydate, rather than half-rate of the granular product. That approach represents a significant chemical cost to growers at the start of the season, adding to what is often the largest crop protection cost, he acknowledges.

“There’s a greater upfront cost, but it was the most profitable option. It delivered the highest yields and the best returns.”

The Produce Solutions large plot trial in 2019 was conducted in Shropshire in a commercial crop of Maris Piper being grown on a sandy loam soil.

Visit our Know How centre for practical farming advice

Tests revealed the PCN species present to be exclusively G pallida, with the pre-planting test indicating an initial count of 27 eggs/g of soil. Using plots of two rows, each 12m long, the treatments were applied using farm equipment, with the Velum Prime applied on-planter and the Vydate applied at bed tilling. The plots were replicated four times.

All of the treatments had a positive effect on crop growth and final yield compared to the untreated, suggesting control of PCN, adds Mr Lee. While the yield protection benefits of Velum Prime were slightly higher than those of Vydate when used alone, their use in sequence resulted in a significantly higher yield.

“That yield difference alone justifies the use of both products at full rate,” he stresses. “The margin data also backed this up and reflects the PCN pressure facing the crop.” Otherwise, clear physiological benefits were recorded in all of the treated plots, with no treatment effects seen on dry matter content or presence of internal defects.

There was also little difference in emergence and canopy development between the treatments, with all reaching 50% emergence 31 days after planting. “As expected, stronger canopies were seen in the plots that had more protection from PCN from higher product application rates.”

The only anomaly in the trial was that post-harvest soil testing showed that the ratio between initial egg numbers (Pi) and final egg numbers (Pf) were unchanged. “That was a surprise. The agronomic results suggested there would be greater multiplication rates in the untreated plots, but there was hardly an increase in any of the treatments. We’re not sure how to explain this.”

Velum Prime is a welcome addition to the potato cyst nematode weaponry and has come at a time when there is increasing pressure on agrochemical use, summarises James Lee of Produce Solutions.

With the long-term future of nematicide granules uncertain, growers should take every opportunity to look at the new product and see if it has a place in their system. “There’s always the possibility that, in time, Velum Prime will become the only chemical option,” he points out.

Other non-chemical control measures must continue, with trap cropping proving to be the single best option for efficacy of PCN control for Produce Solutions, he notes. “Of course, it can be challenging to find a place in the rotation for it.”

The company will be doing another trial with Velum Prime this year, looking at the product in combination with Vydate and Nemathorin (fosthiazate), at both full-rate and half-rate.