in AGRONOMIC ARCHIVE
Reading Time: 5 mins read
A A 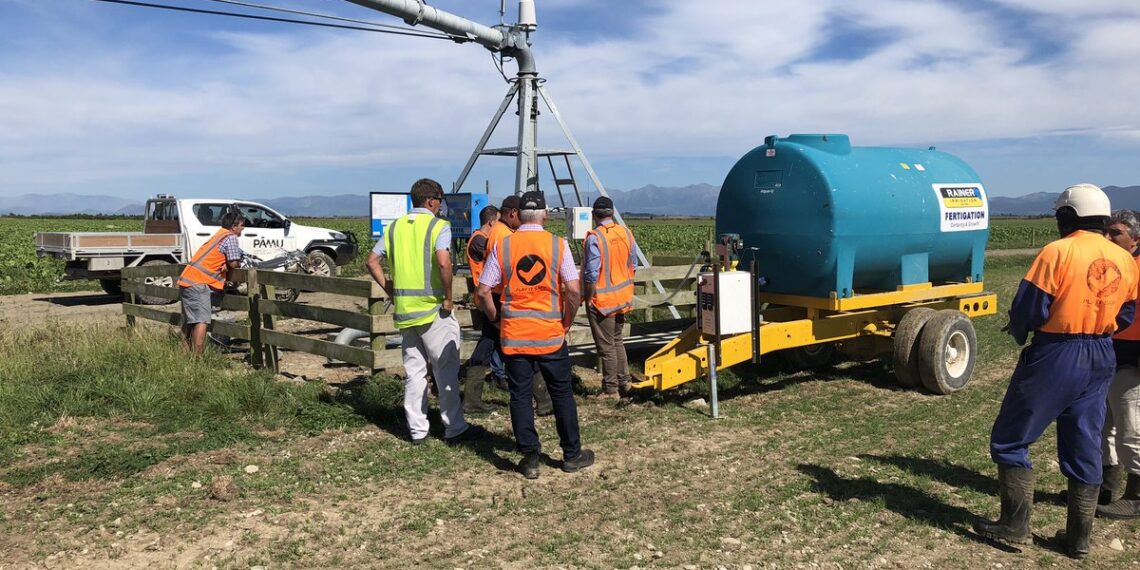 The benefits of adding sulfur to a spring nutrition programme shouldn’t be forgotten as growers seek to improve nitrogen efficacy for applications in the coming months.

Farmers may have prioritised securing a supply of straight nitrogen when prices began to rise, but there is still the opportunity to incorporate sulphur into a fertiliser programme to add valuable nutrition to this year’s crops. “Sulphur is an essential nutrient that is key for protein formation and has a direct influence on improving crop quality,” says Tom Oates, nutrition agronomist at Origin Fertilisers.

For those who have not yet purchased sufficient supplies of sulphur to support crop growth, Polysulphate could be a versatile and valuable source as it contains no additional nitrogen. With the analysis 48%SO3, 14% K20, 17%CaO, 6%MgO, it could provide crops with their entire sulphur requirement. Since the sulphur in Polysulphate has a prolonged release pattern, growers can apply the product in early spring without the need to ‘top up’ later in the season, as Mr Oates explains.

“An early application of 100kg/ha of Polysulphate would supply around 48kg of sulphur (as SO3) to the growing crop over the course of the season, enough for most cereal crops according to RB209. Average sulphur applications tend to be at the upper end of RB209 recommendations or higher, and growers will see benefits of applying extra sulphur to the crop.

“It also supplies a small amount of readily available potassium which is useful if farmers have cut back on their usual autumn applications. Small quantities of calcium and magnesium are also included in Polysulphate,” he concludes. Polysulphate is mined in the UK and is certified for organic use and suitable for chloride sensitive crops.

Few people would find reason to criticize efforts to improve air quality. But to some extent, farmers have a legitimate gripe: cleaner air has created nutritional deficiencies in America’s crop fields. Sulfur, specifically. For years, the fumes from power plants carried with them so much sulfur that crops never displayed deficiencies. Much like another vital input in crop production — sunlight — we never thought to supplement it because there was always enough. Sulfur became the ‘invisible’ macronutrient.

Now that we recognize the effects of burning fossil fuels — acid rain, particulates, excess carbon dioxide — it’s right to clean up and reduce emissions; no-one wants to repeal the Clean Air Act. But as so often happens, the law of unintended consequences has exerted itself: our soils no longer receive the annual sulfur ‘bounty’. EPA data shows sulfur emissions fell 94 percent between 1990 and 2019. Farmers must make up for the sulfur deposits they previously enjoyed ‘for free’. As successive crops take their fill, many fields now run a sulfur deficit.

Why is sulfur so important?

It’s the ‘fourth macronutrient’. Whatever the crop, sulfur’s role in crop biochemistry can’t be ignored. Of similar importance to nitrogen or phosphorus, it supports plant functions that can affect yield, quality and marketability.

What’s more, across all crops, sulfur deficiencies rarely present with visible symptoms. Hidden deficiency is often more damaging than acute deficiency, as it’s usually only discovered when it’s too late to remedy. Sulfur also has another role, as a fungicide. Indeed, sulfur-based fungicides were amongst the first available to farmers and they remain important today, whether applied to cut seed or as a supplement in conjunction with modern blight control chemistry.

It’s important to understand how plants absorb sulfur. Their preference is for sulfates: this is the only form in which plant roots can access the nutrient. There’s a limited role for leaves: not only can they absorb small quantities of sulfur dioxide direct from the atmosphere, they also help to regulate nutrient absorption while combating disease.

When applied as a foliar spray, the nutrients slowly enter the plant tissue as required. But when present on the leaf surface, sulfur’s disease-suppressing abilities act in synergy with later applications of fungicide and insecticide. So a healthy plant can stave off infections itself, putting less strain on modern fungicides within the program and reducing the risk of fungicide resistance. It’s no coincidence that the incidence of diseases such as blight increases where potato plants display even moderate sulfur deficiency. Yet during the growing season, a crop’s sulfur requirements can often greatly exceed the soil’s inherent capacity to supply it — particularly as levels are now in decline.

Soil dwelling nematodes are a serious threat to crop performance. They affect a range of crops including potatoes, carrots, cereals,...