in Seeds
Reading Time: 1 min read
A A 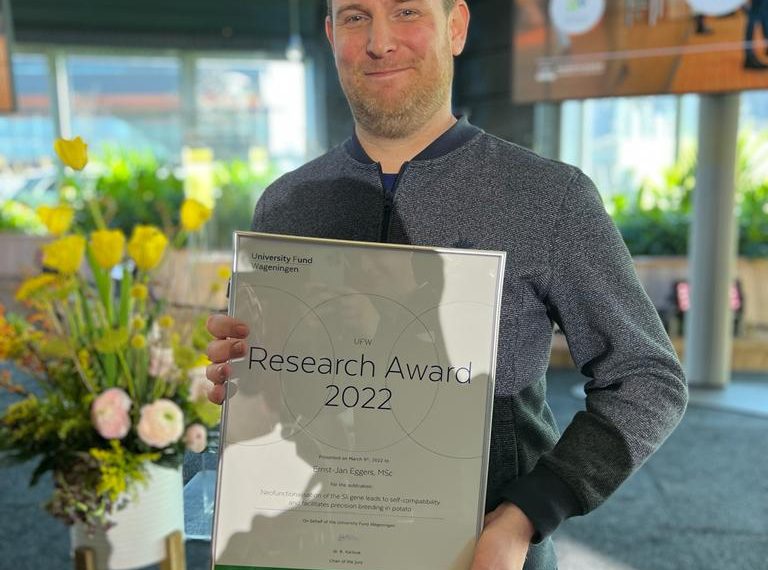 Solynta team member Ernst-Jan Eggers, Trait Discovery Researcher was awarded the 2022 University Fund Wageningen reward. The prize is awarded to a WUR-researcher, younger than 40 years of age, who has published an outstanding and original scientific article in the calendar year preceding the ceremony.

The award followed the publication by Ernst on the discovery, cloning and characterization of the Sli gene for self-compatibility in potatoes. This discovery will have a profound impact on potato breeding. Thanks to him, it is now known exactly how the Sli gene is expressed in diploid potatoes. Due to the presence of the Sli gene in diploid potatoes, we can create a hybrid variety that is resistant to, for example, drought or certain diseases, or that contains a high nutritional value. Such a hybrid variety can then be marketed in one of the many potato-growing areas in the world.