in Agronomy, News
Reading Time: 4 mins read
A A 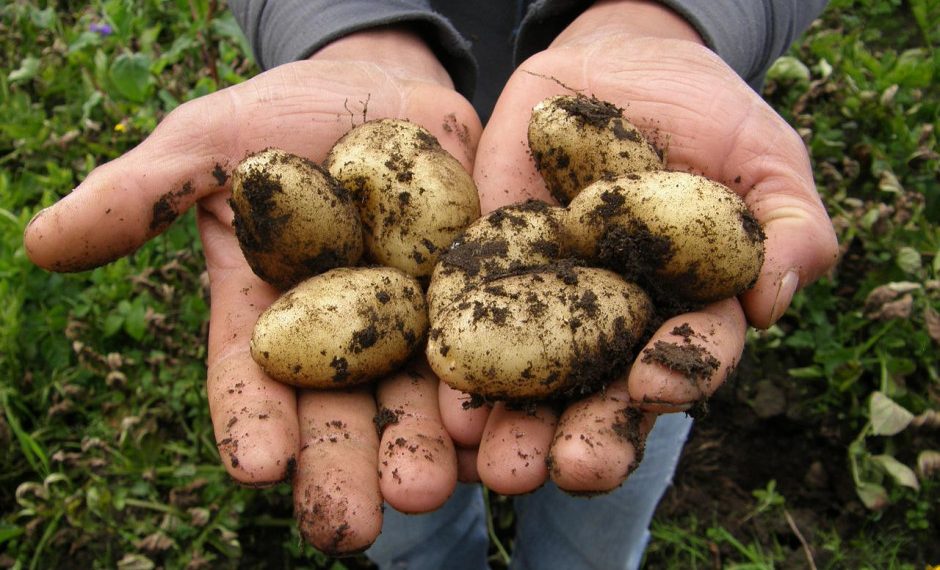 With the exception of starch potato varieties, at this time of year the crop is in most cases shaped. So we checked how this year’s crop was going, what problems the growers were facing and what prices we can expect on the potato market.

In different regions, a large mosaic is visible-where crops are irrigated, the yield will be fairly stable, however, on the majority of plantations the effect of drought, and even more so high temperatures, smaller harvests are expected. What is most important, the area of potato cultivation in the country is shrinking, and this is the biggest problem.

Conditions not favourable to potato growing
The rains that appeared at the end of August, favored the development of potato blight. About the presence of the disease, the signals came from the łódź region. However, at this time, where most varieties have already completed development, this is a rather low-risk message. Mainly starch varieties that are still producing yield may be susceptible to the disease, although they usually have an increased resistance to Phytophthora infestans, which causes potato blight.

At the moment, the plague mainly affects the desiccation of the arches. If the plantation is still in an advanced state of vegetation, then of course it is worth using chemical control to protect against plague and Alternaria. All the more so that at the moment we should take care that the spores do not flow into the tubers and do not infest them during storage.

We asked Dr Wojciech Nowacki from the Institute of plant breeding and acclimatisation about other factors affecting this year’s potato development. As he explained, ” there are a lot of symptoms of Rhizoctonia on the plantations, which is the aftermath of the cold May, but also a lot of physiological changes are visible. Common deformations and cracks are the result of variable weather conditions. The alternating precipitation and heat made the changes visible on the tubers, which tend to be deformed. This year the quality and overall yield may be slightly lower than last year. A large part of the voivodeships lubuskie, wielkopolskie, part of kujawsko-pomorskie, mazowieckie, as well as warmińsko-mazurskie and Lublin complained about the lack of rainfall. The south of Poland, which had more rainfall, looked a little better. Therefore, there will be no such decline in yields-concluded Dr. Nowacki.

We also asked potato producers to comment on future harvests. Krzysztof Grzyb (Lublin Voivodeship), who together with his family (m.in.) this crop, he acknowledged that insufficient rainfall was important for the potato.

Despite the investments made in irrigation, a smaller harvest of potatoes per hectare is expected. This year is pretty special. If you look at the monthly rainfall, in many places it does not look so bad, but the high temperatures have caused downtime in the accumulation of crops. – In over 30 degree heat, the plant saves itself to survive and does not think about accumulating tubers. Such conditions (high temperature and drought) also promoted the development of Alternaria, although it less than the plague limits the crop. We predict that this year’s crop will be in the region of 300 quintals per hectare-said Dr. Nowacki.

However, the most important problem, which Dr. Nowacki spoke about, is the decreasing area of potato cultivation. – Farmers for the next year announce that they are moving away from the potato, because other species bring them more income. The cost of growing, for example, the Bagatelle potato, has doubled. So far it was up to 10-11 thousand. PLN per hectare, so now it is at the level of more than 20 thousand. zł, or more with irrigation. The worst is in the market of starch potato, where farmers often at a higher price place it as edible varieties, where this price is at the level of 700-800 rubles, and sometimes more – he explained.

And he added-the processing industry looks a little different, because it is a global market. Processing is slightly better, but given the increase in all costs, there was a violation of the existing rules of the game in the market. Now the manufacturer has to locate somewhere and find a path of development and investment.

What prices on the potato market?

The current price balance will be re-established after the upcoming harvest, when potatoes from large production farms will enter the market. Most domestic potatoes are sold by farmers until December, due to different storage possibilities, which later also affects the price.