in News
Reading Time: 2 mins read
A A 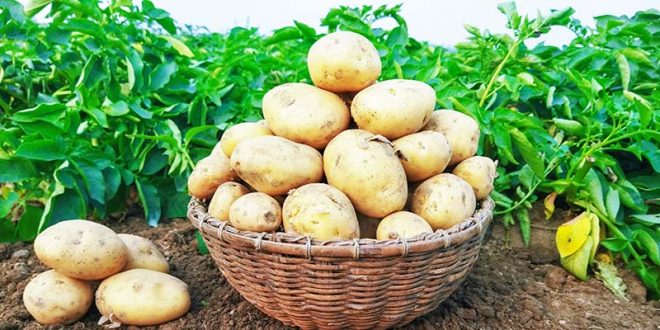 With more than EUR20,000 investment, Porbatata – Associaço da Batata de Portugal intends to increase tuber production by 20% in the next two years thanks to a promotion campaign.

“Porbatata launches […] a campaign to promote the consumption of Portuguese potatoes. With Miss Tata, a brand created by the association in 2020, Porbatata intends to boost the consumption of this food in the period of higher production, which runs from May to September,” according to a recent statement cited by Noticias ao Minuto.

This campaign aims to show that the Portuguese potatoes are “the freshest and tastiest, the closest (and therefore with less ecological footprint) and the indispensable ally in a healthy diet”.

Last year, the cultivar exports accounted for more than EUR18m, with the European Union being the main destination market.

The highlight goes to Spain, which absorbs 48% of national exports in value.

Potato production in Portugal is about 450,000 tons, while per capita consumption exceeds 90 kilos per year.

This campaign is part of the project to promote Portuguese potatoes in foreign markets, which is supported by Portugal 2020, under the Operational Program Competitiveness and Internationalization.