in News, Africa
Reading Time: 1 min read
A A 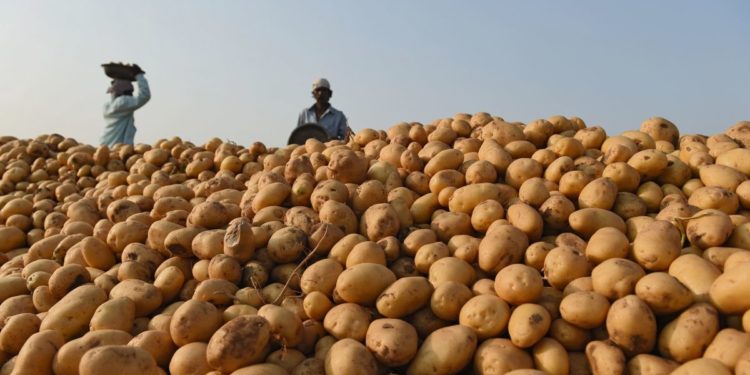 The association had launched production manual earlier this year with the view to train farmers on good agronomic practices aimed to activate the sector value chain.

POFAN president, Chief Daniel Okafor however said due to paucity of fund, the association was unable to significant number of farmers to drive the plan.

Speaking at the ongoing 45th National Council on Agriculture and Rural Development (NCARD) in Jos, Okafor proposed that farmers be allowed to establish their own security outfit in order to combat the incessant killings of them by the herders and bandits

He urged federal government to make potato flour mandatory to be included in confectioneries to curtail the effect of wheat scarcity due to Russian-Ukranian war.

He appealed the government to increase budget on potato to accommodate further value chain development of the crop.