Potato Crops With no Water ‘Under Severe Pressure’

in crop protection, Meteo
Reading Time: 1 min read
A A 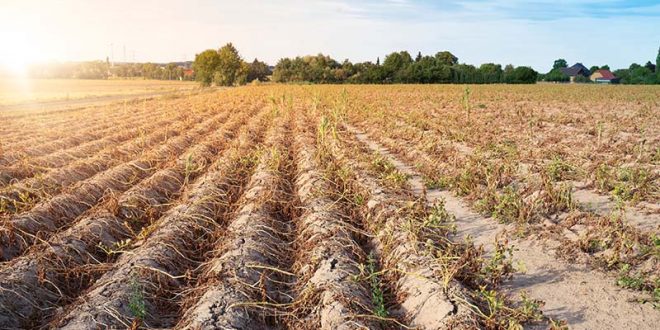 Temperatures in the South West region of the Netherlands and the United Kingdom reached 40 degrees Celsius last week, putting a strain on potato crops that are not irrigated. The dry weather is expected to continue in the medium term through August.

Traders in the UK report ‘just ok’ movement this week, but demand has been primarily for the best old crop bakers and frying varieties for coastal areas. According to IFA’s potato analysts, the yield and quality of early spud maincrop and salad varieties that had matured or were close to maturity before the high temperatures set in are generally regarded as good, but the performance of later second earlies and true maincrop varieties is now very much in doubt.

Consumption and sales in Ireland have increased this week as temperatures return to normal. Queens are still being lifted across the country, and quality and yields are said to be excellent. High temperatures last week slowed maincrop growth, potentially delaying harvest at the end of the year. Growers in most regions welcomed the recent rain.

In 2022, the Dutch Food and Commodity Authority (NVWA) identified eight cases of warts caused by the fungus Synchytrium endobioticum...

Strong demand and higher pricing characterized the potato market in early November, and tight market conditions are expected to continue...

With harvest well underway, the Idaho Potato Commission says this year’s crop looks like a winning one, according to a...