in Economy, Agronomy
Reading Time: 9 mins read
A A 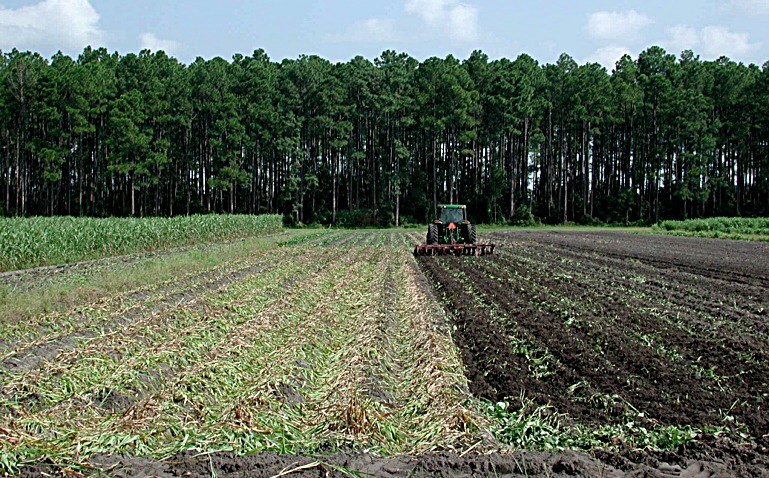 4.4k
SHARES
24.2k
VIEWS
Share on TwitterShare on linkedInShare on TelegramShare on Email

Many crop growers also want more space, but the economic reality is forcing them in a different direction. Will a crop plan for arable farmers with an average of 1-on-3 potatoes remain the norm or is there a prospect of wider rotations? And if so, who pays the costs of the extensification?

On research farm De Schreef in Flevoland, a long-term crop rotation trial was set up in 1963 by the then government agency, which ran until 1990. It provided important insights into the tension between financial returns and the negative effects of intensive rotations on yield and disease susceptibility. Many of those insights are used to this day, because the discussion is still just as topical: how intensively can you continue to cultivate and at the same time maintain a sustainable cultivation system?

With an average cultivation of 1-to-3, the Dutch arable farmer is almost at the maximum of the acreage of potatoes. Other intensive crops have also been given an increasing share in the crop plan, at the expense of the acreage of grain, the pre-eminent rest crop. This has repercussions on the soil and on the controllability of diseases. In that sense it makes sense to argue for broader construction plans, because how long will that last?

‘Dutch arable farmers are on the cutting edge and will continue to do so,’ says LTO arable farming foreman Jaap van Wenum. ‘Thanks to knowledge and innovation, cultivation systems are constantly being adapted and improved. Building plan expansion can be part of this, but it does not have to be. I only see expanding building plans happening if a revenue model can also be linked to it. Furthermore, the choice to expand the construction plan is mainly dependent on the entrepreneur and the situation.’

“A rotation is more than not getting sick of a crop, it is also about keeping the soil healthy gezond“

Earlier this year, accounting firm Countus held a webinar about expanding construction plans in one of the more intensive cultivation areas in the Netherlands, the Flevopolder. The subject is alive, according to advisor Ruthger Steenbeek. ‘The limit has been reached. Growers prefer to give the soil a little more rest and are looking for a solution in more exchange and rental structures.’ He does not see a situation with many rest crops returning any time soon.

Steenbeek has calculated what it would mean for a 100-hectare arable farm with a typical Flevoland crop plan to include 50 percent of grains in the crop plan. In that case, the cultivation of ware potatoes would be expanded from a 1-to-4 rotation to 1-to-6, and other harvest crops would also decrease in cultivation frequency. At the building plan level, this step means a ‘damage item’ of 600 euros per hectare per year.

‘In addition, we have not taken into account any additional yield or better crop health. But what it quickly shows is that you have to recoup an amount of 60,000 euros calculated over the entire company in order to be able to extensify to this extent.’

Future of Agriculture The role of farmers and horticulturists in our society and the importance of their own food production are under discussion. In the series ‘Future of agriculture’, Nieuwe Oogst explores the subject in greater depth. What does the future of agriculture look like and what place do farmers and market gardeners have in the changing society? The series is not intended to predict the future, but to offer mindsets on agricultural reform, the role of food, globalization, regionalization, health and technology. Follow the stories via Nieuweoogst.nl/toekomst .

In other parts of the Netherlands, the amount will be lower, due to the lower revenues. But the fact remains that a few percent increase in yield and lower costs will by no means make up for this difference. ‘A grower can never afford the costs of extensification. If you really want to work on that, as a farmer you need the business community and the government to do so’, says Steenbeek.

In the potato chain, people do not immediately go hand in hand for a broader construction plan. Even a step from an average of 1-on-3 to 1-on-4 potatoes would be very difficult. Peter Kooman, former lecturer in the Potato Chain at Aeres University of Applied Sciences, calculated in 2017 the consequences of this increase in cultivation frequency. For an average rotation of 1-to-4, Dutch arable farmers would have to grow 23,000 hectares less potatoes.

In order to maintain the current volume, the yield has to increase by an average of 15 percent. ‘That yield jump will not automatically come from the wider rotation. That will have to come from other techniques’, says Kooman, who has now graduated as a lecturer and works for Solynta, a company that is working on the development of the hybrid potato.

Kooman sees a step from 1-on-3 to 1-on-4 as a healthy development, to give diseases less chance and as an impulse for soil health. More than 1-on-4 doesn’t add much more as far as he’s concerned. He does call the 1-to-2 cultivation of starch potatoes ‘unsustainable’ and he expects that more growers will look for expansion. ‘You can keep building in resistances and continuing to repair them. But a rotation is more than not getting sick of a crop. It is also about the nutrient balance and maintaining a healthy soil. That is a big task.’

Sustainability is a top priority at Avebe, but the company points out the limited effect of expansion of the building plan. ‘A recent report by Wageningen Economic Research (a calculation of the possible new CAP regulations, ed.) shows that it is doubtful to what extent a wider rotation in potato cultivation in the northeast of the Netherlands will contribute to making agriculture more sustainable’ a spokesperson said.

‘According to Avebe, a sudden decrease in the acreage of starch potatoes has major consequences for the members, the cooperative as a whole and the chain. Think of suppliers, employees and customers’, continues the Avebe spokesperson.

Jan Kloppenburg from Munnekezijl grows higher grades of seed potatoes. For several years now, he has been consciously working towards a broader construction plan with a rotation of 1-on-5 potatoes, starting from 1-on-4 and occasionally 1-on-3. His ideal crop rotation looks like this: potato, grain, onion, beet, grain, potato, four years of grass and then seed potatoes again. ‘I am fortunate enough to be able to get enough land for my crops. In collaboration with dairy farmers, this rotation now usually succeeds, although I am sometimes tighter’, outlines the Frisian arable farmer. In his experience, widening every year saves about 2 to 3 tons of net yield per hectare.

In recent years he has grown the same variety several times, in the same year, on different plots with a 1-on-3, 1-on-4 and 1-on-5 background. There he saw these yield differences substantiated again. ‘I can’t make it hard with numbers, but a broader construction plan for my crops comes to you from several sides. Less chance of diseases and defects and a less intensively loaded soil, which makes it easier to maintain non-inversion tillage, for example. In that way I try to work towards a healthy cultivation system.’

In the report, the researchers calculate that with a shift from 1-to-2 to 1-to-3 cultivation, the average loss of income for arable farmers is 152 euros per hectare. The acreage of starch potatoes will decrease by 10,000 hectares. The released soil will probably be filled with grains, sugar beet and other crops. Including onions, a crop whose cultivation intensity is now increasing rapidly. The acreage for consumption potatoes may also increase, but this has not been investigated and not all land is suitable for this. The researchers also note that increasing the cultivation frequency leads to a higher risk for the entrepreneur. The effect on the lower supply of potatoes at Avebe and thus competitiveness has not yet been taken into account.

In seed potato production, rotations have become tighter over the years and 1-to-3 cultivation is the standard in some regions. This is possible thanks to the short cultivation time in combination with clean starting material. Although there are also growers who consciously stick to 1-on-4 or even wider. Wouldn’t the quality of the starting material get a boost if more growers grow more widely? In other words: is that not desirable for the seed potato sector?

If it is up to HZPC director Gerard Backx, it is best to provide incentives for this. But the choice must primarily remain with the grower. ‘Every farmer has to decide that for himself. Before you know it, there’s a plan somewhere similar to halving the livestock. The result counts and the grower knows best how to achieve that.’

A well-thought-out approach to cultivation, good cultivation hygiene and good monitoring are more important to Backx than the cultivation frequency. ‘A wider rotation is quite a financial drain. If you have the situation well under control and diseases don’t build up, why go wider?’

Arable farming foreman Van Wenum emphasizes the importance of crop hygiene. ‘I think we can enforce this even more strictly, such as waste heaps and potato storage. The sector faces an enormous task to make crops greener in order to achieve the 2030 targets. We desperately need all kinds of tools for that. Building plans can also be part of this. But you keep coming back to the revenue model.’ In any case, make sure that growers have the opportunity to build in more dormant crops, continues Van Wenum. ‘In the CAP there are also incentives for this. How, that is not exactly known yet. But there are several possibilities.’

According to Van Wenum, rest crops can, for example, generate money in connection with CO2 storage in the soil. ‘We would also like to see broader fertilization standards for deep-rooted crops. And further elaboration of ‘the new mixed farm’ offers possibilities, ie more cooperation between arable farming and livestock farming. Not as a dictation, but as a menu. Because with one company this fits, with another that.’

The question remains open as to what the real benefits are for soil and crop health if growers maintain a wider rotation. And besides, what about crops other than the potato? Kooman says about this: ‘There is no longer any money for long-term research, as was the case at De Schreef at the time. That is ashame. Arable farming will always remain a compromise between economy and soil health. That means you have to have a good idea of ​​the consequences of your cultivation choices.’

Farmers have a major role to play in the fight against climate change. For which entrepreneurs is this interesting? What’s involved? And what does it yield? Ask all your questions about carbon farming during the webinar on Monday 21 June . with guest speakers from Bayer, Rabobank and LTO.

The Irish retail and processing trade remains unchanged, with good demand for processing material as the holiday season is underway.The...

The ongoing post-Brexit ban on selling seed potatoes to the valuable European market continues to anger and frustrate Scottish growers...