Pillars of Metam Movement in Soil

in AGRONOMIC ARCHIVE
Reading Time: 4 mins read
A A 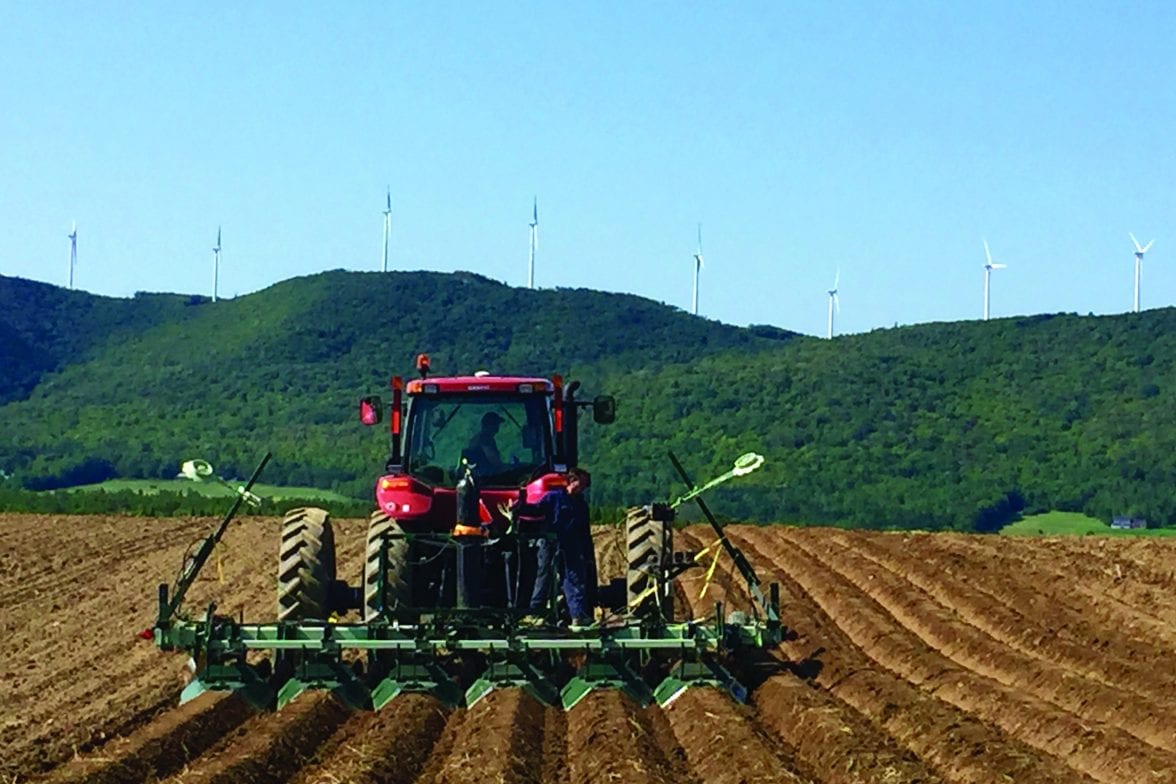 4.4k
SHARES
24.5k
VIEWS
Share on TwitterShare on linkedInShare on TelegramShare on Email

Although metam fumigants—metam sodium and metam potassium—have proven to be extremely reliable for suppressing weeds, disease and nematodes in potato fields for more than four decades, recent discoveries have confirmed that there aren’t just one or two ways to apply the product to maximize effectiveness.

Conventional wisdom has been that you shank it or chemigate it, and you let metam do its thing. It actually sounded pretty simple, and the product often performed well enough to keep applying it again and again, based upon the assumption that the product was going to travel where it needed to be to suppress a wide variety of pests.

However, upon taking a closer look during the past several years, we learned that the art of metam application to achieve maximum results is more complex.

New insights about post-application metam movement in soil are, in a way, “groundbreaking.” Many applicators have assumed that upward, downward and lateral movement of the products would be uniform over distances from 6 to 12 inches. Another common assumption has been that the product would remain in the soil, suppressing pests regardless of soil conditions.

In 2017, I began to wonder what was going on underground following metam applications when several Washington onion operators began questioning whether the product was losing effectiveness. They weren’t getting the results they expected. I acquired a miniRAE photoionization detector (PID) after learning of this technology from researchers at major universities and began going to fields to measure the presence of metam at different soil depths during the hours and days following application.

The readings were startling and revealed some dramatic insights into the results that applicators were, and in some cases were not, getting.

After three years of study, tracking post-application metam movement in nine states, and collecting more than 40,000 soil samples taken between myself, coworkers, growers and distributor cooperators under different conditions, we have discovered five primary variables that can create significant differences in product effectiveness—often when only minor adjustments to application method are employed.

We call them the Five Pillars of metam movement in soil. These new insights are the keys for optimizing the effectiveness of metam soil fumigant application.

Maintain 80 percent moisture throughout the soil profile beginning 30 days before application, up to the day of application, if possible. Moist soil facilitates metam movement, assists with pest respiration, and helps preserve the product. Once soil moisture drops to 50 percent, because of heat, wind or excessive soil movement from equipment, readings will largely disappear within hours rather than days. With that knowledge, we now understand the critical importance of pre-moisture.

Compared to other fumigants, the vapor pressure of metam products is relatively low. They simply don’t travel as far or as uniformly as applicators have assumed for many years. Sample the soil to better understand your exact pest location. Then, precision place your metam product near your targeted pests through chemigation, shanking or deep shanking.

Minor adjustments to the equipment you’re using to prepare soil, apply product and seal the application cannot be underestimated. Know the precise and unique pattern created by your machinery. It’s okay to rough the soil up a little bit as long as you don’t dry it out or leave product on or near the soil surface.

Metam products are most effective when weed seeds, diseases and nematodes are respiring and thriving before product application. Soil that is too dry affects pest respiration. If you can’t imagine a weed seed or disease propagule really thriving in a certain environment, then it probably isn’t, and suppression is much more difficult.

Product movement may be limited by dry, compacted or cloddy soil. Avoid applying the product to deeply frozen soil. Anything you can do to avoid drying the soil is critical because the metam may dissipate in dry soil before it has time to do its job.

Today, the readings keep coming in from applicators across the country who have begun to take their own soil samples following application. Each case is unique, and many operators are reporting extraordinary results from making the necessary adjustments to specifically locate the pest they’re targeting, match the application to that area, and optimize the application to maximize below-ground exposure to pests.

Our findings show that metam products are just as effective as they’ve always been. Nothing about the effectiveness of the product itself has changed. But when changes to application methods are engaged, using the Five Pillars as guidelines, measurable improvements in results can be possible. Every one of the Five Pillars matters more than people think, and we now have the data to prove it.