in Company
Reading Time: 10 mins read
A A 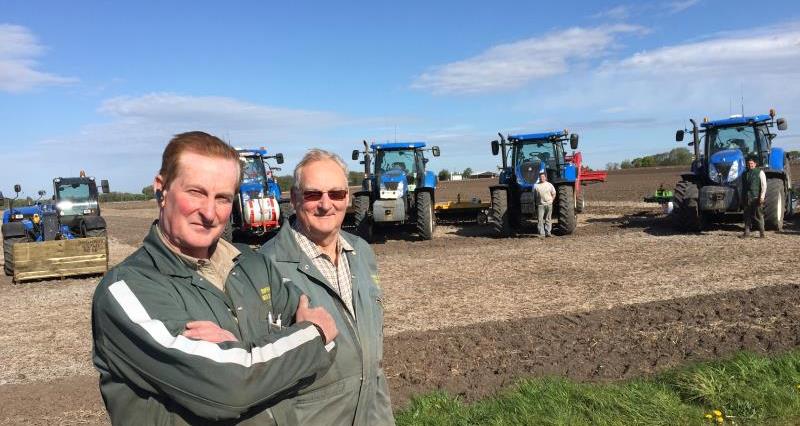 4.3k
SHARES
24k
VIEWS
Share on TwitterShare on linkedInShare on TelegramShare on Email

Farmers in the Columbia Basin are fretting over a lower price for their big contracts with potato processing giants in the Northwest. COURTESY OF WEBER FARMS

The Northwest farmers who grow potatoes for your French fries are themselves plenty fried.

The three massive agribusiness companies that make much of the world’s frozen fries, tots and hashbrowns are going to pay Northwest potato farmers less this year.

“It really is a punch in the gut,” says Adam Weber, a 27-year-old, third-generation grower in Quincy in Washington’s Columbia Basin.

Farmers like Weber say they’ve already taken a hit from the pandemic and higher fertilizer costs. Now they are going to get 3% less for their potatoes from Lamb Weston, McCain Foods and J.R. Simplot Company.

“If you look at the processors’ returns — because they are a publicly traded company, and particularly Lamb Weston — we only dream of returns that high,” Weber says.

Dale Lathim, with the Potato Growers of Washington, negotiates the potato contracts for the growers in the Columbia Basin of Washington and Oregon.

“Growers don’t have a lot of margin to give up,” Lathim says. “And so to have a 7% swing [contrats going down 3%, and farmers’ costs going up 4%] is the biggest hit that the processing industry has asked growers to take on in decades.”

Lathim says the contracts have been negotiated so late in the spring that growers can’t easily switch to other crops. Growers have likely already fumigated, fertilized and in some cases planted much of their ground while preparing to grow potatoes.

“There are so many other crops you could be growing this year,” Lathim says. “Some farmers would have maybe liked to go other ways with their acres.”

It costs about $5,000 an acre to grow spuds in the Columbia Basin. Growers hope to make about 15% return.

The cost of fertilizer is also way up these days. Winter storms across the southern U.S., shipping problems from China and tariffs on imported fertilizers are all driving up prices.

Weber says the increasing land, equipment and fertilizer costs are driving out small family farms in favor of large corporate potato farms. Land prices are going up from large corporations moving in from places like California, he says.

“We have great weather and great access to water,” Weber says. “That just drives a lot of crops and commodities and farms to our area. With that, the price of land has continued to rise pretty steadily.”

Weber says this year’s lower contract price piles on to an already tough situation. Last year, he got stuck with sheds plum-full of potatoes when processors said they weren’t going to buy his spuds because of the pandemic. Luckily, the processors did eventually buy most of the potatoes.

“I just think people should think about it: A lot of potatoes came from right here in Washington state,” Weber says. “I think everyone is better off having smaller, more diverse farms. I fear for family farms throughout the country.”

NOTE: Lamb Weston, McCain Foods and J.R. Simplot Company did not respond to requests for comment.

Klcc.org quoted Lathim as saying: “Northwest growers don’t have a lot of margin to give up. And so to have a 7% swing [with contracts going down 3% and farmers’ costs going up 4%] is the biggest hit that the processing industry has asked growers to take on in decades.”

McCain Foods will launch new Regen Fries in the Metaverse as part of the #SaveOurSoil campaign. The potatoes used to...