in crop protection, Keeping the harvest, News
Reading Time: 3 mins read
A A 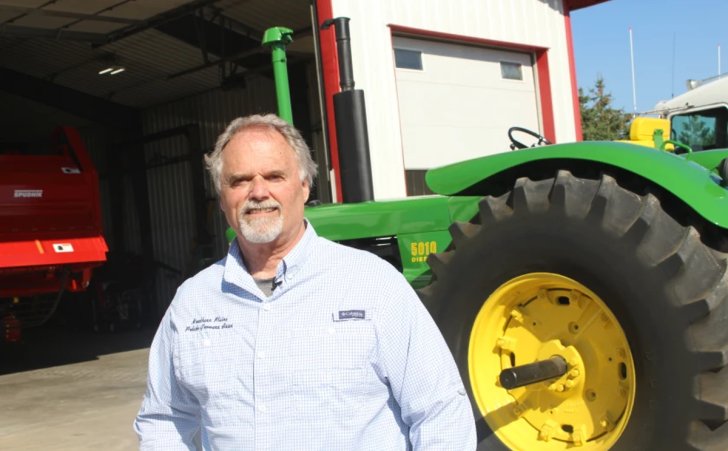 Farmers who attended Northern Plains Potato Growers Association field day at Hoverson Farms near Larimore, North Dakota, heard presentations on varieties and research topics.About 200 potato farmers are members of the association. The field day included research presentations, field tours and an opportunity for farmers to talk to researchers about which potato agronomic issues should be studied. Besides Larimore, the NPPGA tour included stops at the organization’s research farm near Inkster, North Dakota, and Oberg Farms, near Hoople, North Dakota.T.J. Hall, a Hoople potato farmer, like Dagen, was pleased with the progress of the 2022 crop. Hall is part of an intergenerational farming operation that includes about 1,500 acres of red and yellow potatoes grown for the fresh market.The Halls planted their first potatoes in mid-May this year, about a week to 10 days later than they typically do, but favorable temperatures and moisture gave the crop the boost it needed to catch up.T.J. Hall, a Hoople potato farmer:

“I think, actually, with our pretty ideal weather conditions, things have progressed along nicely with the potatoes.”

Besides good weather conditions, potatoes also flourished because the incidences of disease and insect problems were low or non-existent. For example, late blight, a disease that can cause severe damage wasn’t detected in North Dakota or Minnesota this year.The early harvest of North Dakota farmers who grow for processors is underway and the main harvest will start in September. Growers who produce potatoes for the fresh market likely won’t begin harvest until mid-to- late September.

Farmers who attended Northern Plains Potato Growers Association field day on Aug. 25, 2022, at Hoverson Farms near Larimore, North Dakota, talked with researchers from North Dakota State University Extension and University of Minnesota Extension about what potato agronomic issues need to be studied.Dagen, a seed potato grower, planned to begin harvesting his crop Sept. 10, which is typical of most years. Potato farmers, like other row crop growers, are hoping for a late frost this year.Sander Dagen:

“We’re going to need a nice fall to get this (crop) harvested.”

After challenging years that were wet or too dry or had early freezes that reduced his potato production, that would be welcomed.

“We’re going to need a nice fall to get this (crop) harvested.”