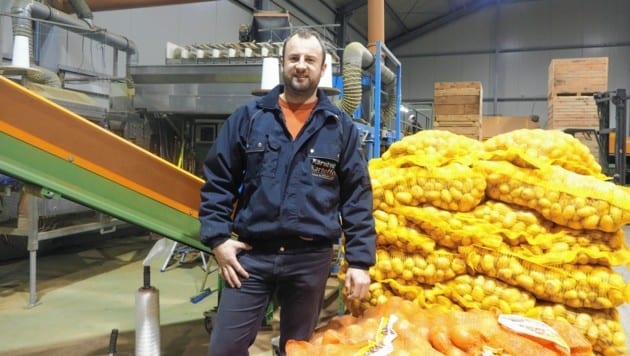 The potato harvest is in full swing in Carinthia. After two years of failures due to beetle plague and drought, the camps are well filled again. Instead of imported apples from Israel and Egypt, the demand can be met this year with native tubers. Farmers, however, are struggling with low prices.

Local potato farmers can breathe again after severe failures in recent years. Due to drought and beetle infestation, the Austrian market could not be supplied with domestic apples for the first time in 2019, tens of thousands of tons had to be sorted out – potato farmers even saw themselves threatened in their existence.

Harvest is running excellent
Now, fortunately, it’s up again, the harvest is in full swing. “Despite the heavy rainfall, it looks good,” says Johannes Markut – Carinthia’s largest potato farmer with 120 hectares in the Lavant Valley – optimistically. “The harvest is almost finished, we are positively surprised,” says Franz Schaller-Anderwald, a producer from Upper Carinthia. Like Markut, the Drataler also relies on cultivation without arable poison (report page 21). Although there are again emergency approvals for spraying agents (AGES register) this year – but: “To our knowledge, these funds are not used by the Carinthian potato farmers,” says the Chamber of Agriculture: “We even achieve a degree of self-sufficiency of over 80 percent.” And Carinthia is becoming more and more a potato country: the area under cultivation has grown from 308 (2016) to 458 hectares (2020) – 74 hectares of which are already organic.

But the rich harvest also brings disadvantages: instead of beetles, the apple farmers are now struggling with low prices. 2.99 euros for a ten-kilo bag – “you can’t earn anything from it anymore,” sighs Schaller-Anderwald.