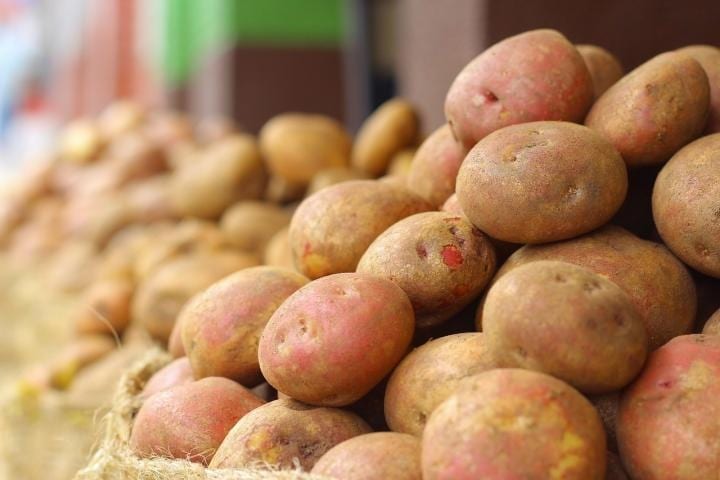 The operators of the sector, as per the calendar established by Cepa , the coordinating body of the Bologna potato exchange, have arranged an appointment to take stock of the production situation of the potatoes destined for storage in the storage facilities of the participants in the Exchange, signatories of the framework contract .AgriPat has disclosed the data of the hectares committed by its members, analyzing demanding for over 2,400 hectares there is a decrease in the surfaces in the province of Bologna , offset by production in the other provinces such as to make a decrease at the overall regional level of 1%. As for the varietal subdivision, the first four places, in order of importance, are occupied by Colomba, Primura, Agata and Vivaldi with the Primura variety, the only variety included in the control plan of the Patata di Bologna PDO, which begins to dominate in the provincial context. Colomba, Agata, and Vivaldi are instead an important part of the “ Selenella”Which also includes new varieties, the result of research and experimentation that the Italian Quality Potato consortium is carrying out.
At the present stage, all operators agree that the climatic trend from sowing to today, combined with appropriate agronomic techniques, allows for an excellent quality production with good and homogeneous tuberification and potatoes of a good size without defects. , which certainly can also translate into a good shelf life of the product in view of the long marketing year that is expected to be sustained.
As far as the production aspects are concerned, the climatic trend has led to differences, albeit not substantial, between one variety and another and between one producer and another. It is clear that it is still too early to draw conclusions about the quantities of potatoes that will become available. However, the operators believe that the overall average production will not differ much from that of the last five years and an overall availability between contracted and purchased products that will vary between 1.3 and 1.4 million quintals.
In conclusion, average production as regards the forecasts of stock market operators very careful at this stage to harvest potatoes with the right degree of ripeness to minimize damage during storage.
Analyzing the sales, we underline the excellent campaign of the new product both of Selenella and of the products in the supply chain and positive sales figures of the potatoes confirmed by Nielsen.

“This year a little less kilos but big pottery in potatoes”