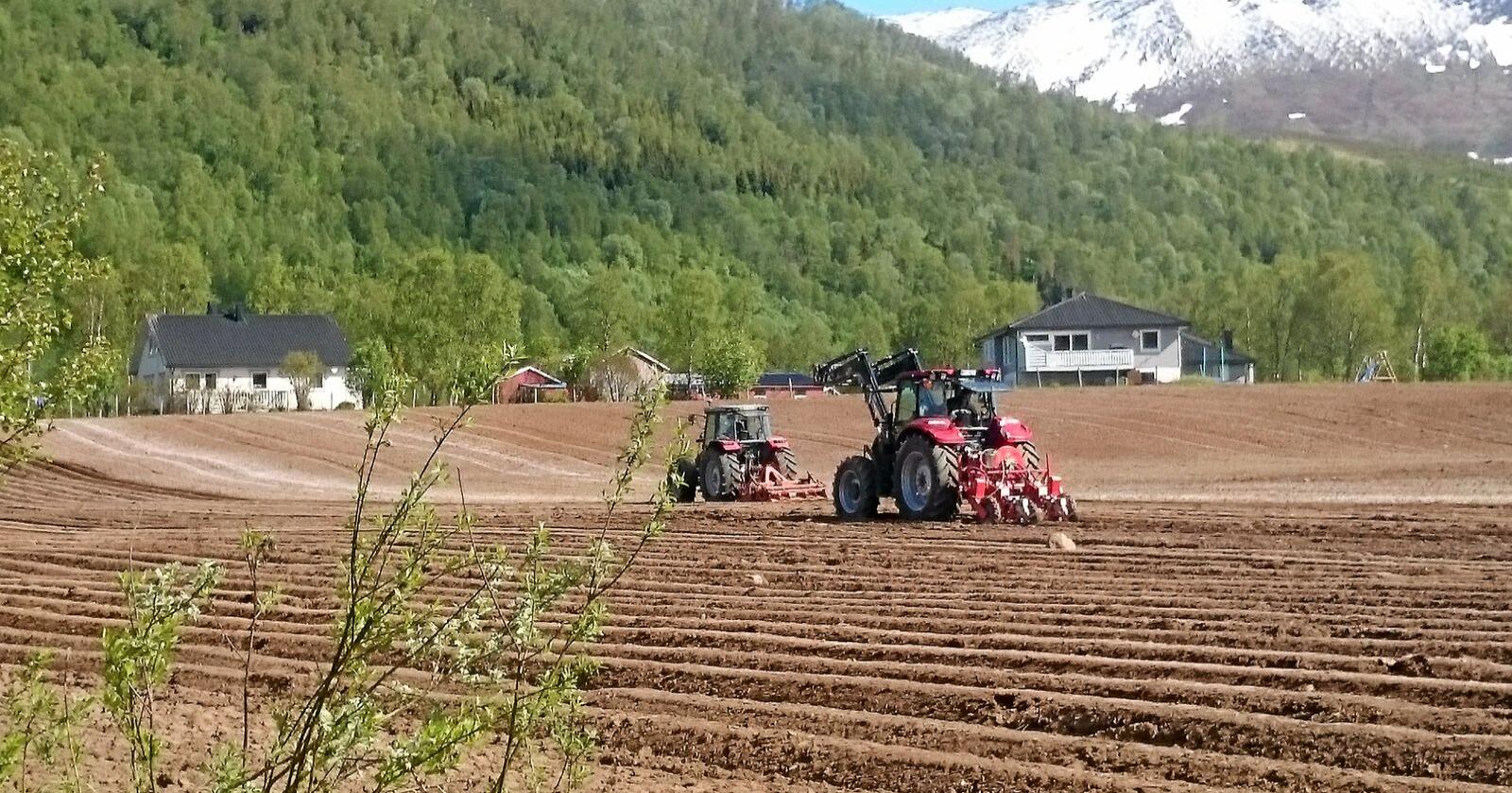 The northern Norwegian production of potatoes, vegetables and berries is the northernmost in the world.

Every year, tons of potatoes, berries and vegetables are produced in Troms and Finnmark. According to the Norwegian Agricultural Cooperative, no country in the world has commercial production so far towards the world’s northernmost point.

“Thanks to the Gulf Stream and the midnight sun, it is possible to grow potatoes, vegetables and berries within the time frame we have – from last May until last September. But the variation from year to year is great, and winter is often crucial for the length of the season. If we get a lot of telephony, it happens that the potato is not in the soil until around 10 June,” says Adviser Kristin Sørensen of the Norwegian Agricultural Advisory Board to the Agricultural Cooperative’s website.

For there are not many days manufacturers have on making potatoes, berries and vegetables. The growing season lasts only between 90 and 110 days, while the further south of the country can be twice as far.

Now The Norwegian Agricultural Council, Nibio and Tromspotet AS are researching how the midnight sun and temperature affect the northern Norwegian production of potatoes, vegetables and berries.

The research project will “develop new Northern Norwegian fertilizer norms optimized for potato and cabbage root production under fiber cloth, and production-ready strawberry plants in plastic tunnel. The project will also develop new agro-meteorological growth models for the cultures, which in particular take into account the lighting conditions north of the Arctic Circle“, it says on the website of grofondet, a fund of 100 million established by Gartnerhallen, Bama and the Norwegian Group.

The project is funded by the Research Council of Norway, and has also received funding from Grofondet, Troms and Finnmark county council and the SNN community pledge.

The project is three years old, and started this year. Jørgen Mølmann from Nibio is leading the project.

“To better understand the interaction between light and temperature at cultivation north of the Arctic Circle is very important for a continued increase in the production of fruit & green in Northern Norway. We see that the midnight sun and higher growth temperature using fibre cloth and plastic tunnels presents new challenges, both in terms of nutrient access and growth damage. This leads to a shrinkage in production and reduced competitiveness,” says grofondet’s project manager.

Sørensen in the Agricultural Advisory Service, which is also involved in the project, tells the Norwegian Agricultural Cooperative that the sun provides up to 20 hours of photosynthesis a day, when the midnight sun is at its peak.

“It can be tough for growth not to be able to rest. We see the growths respond in a different way under fibre cloth – this has led to a need to look at whether the fertiliser norms should be adjusted.