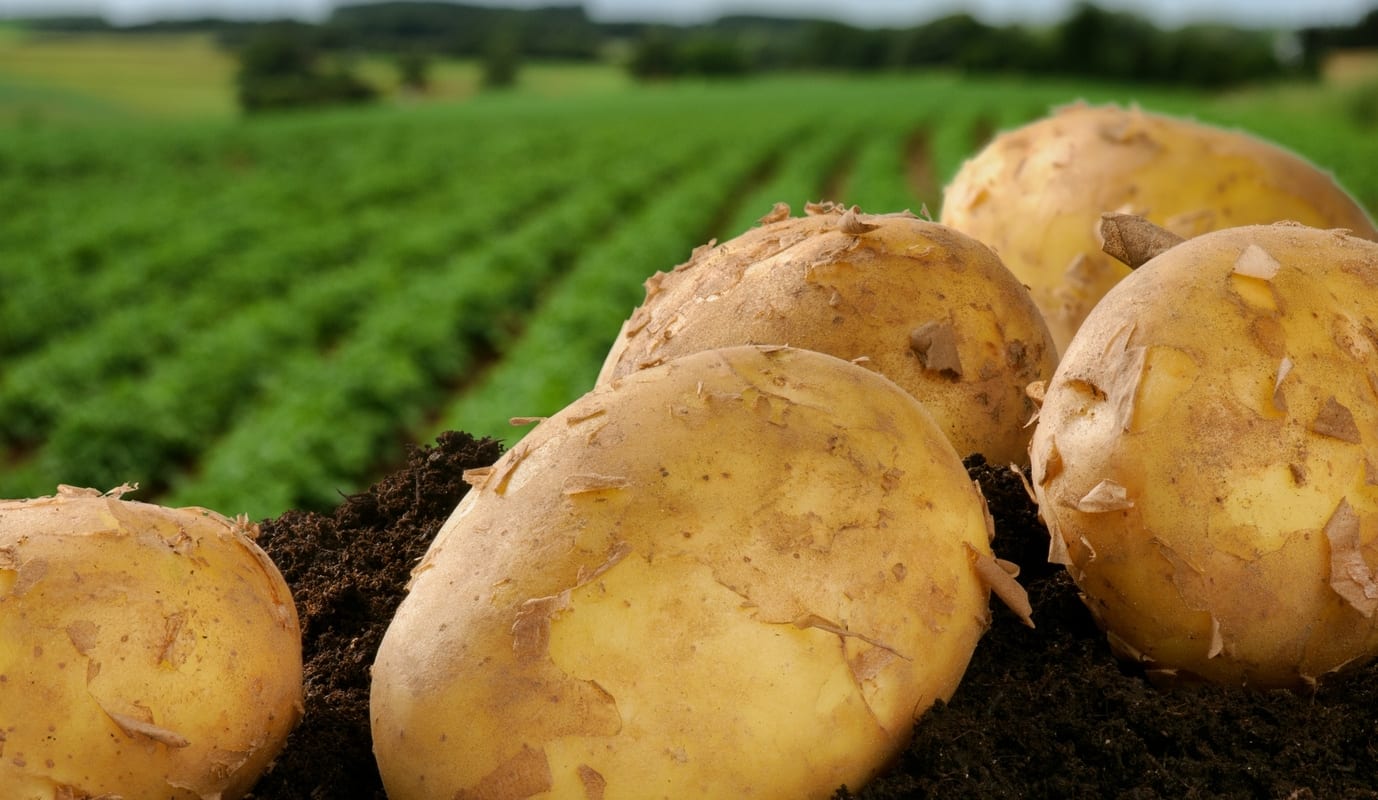 Once again, the weather conditions have not allied with the farmers,in this case, with those who grow potatoes. Now that the time of collection has also arrived the rains and that prevents the task from being carried out with peace of mind. They know this well in Coristanco and A Limia,two of the Galician regions in which this crop is king. They’ve been waiting days for it to finish raining so they can start bulking up the collection. Although some have already harvested, and first impressions say that this year there will be less harvest, but that this will be of quality.

“This week xa started to pick something up, to start the campaign,” explains Maite Joga, president of the Association of Entrepreneurs, Gandeiros and Farmers da Limia (Adegal). 130 million kilos are planned to produce in this Galician region during the next month and a half, which is the time that usually lasts the collection. Those first kilos collected are already in the markets,but the bulk of the task is expected to begin next week. “A pataca xa is in circulation, but we hope that from next week haxa more quantite,” he adds. He acknowledges that this year’s harvest will not be as abundant as that of previous exercises,“or feel xeral é that a campaign will be a pouco máis baixa ca doutros years because as high temperatures do see affected ao deenrolo da planta», he says.

On the plantations of Eloy Manso,another farmer from A Limia, they are late. It ensures that the time they had in July and August, with very high temperatures,prevented the plants from developing correctly. “Outros years for these datas xa tiñamos ripped, but agora ata or 5 outubro we will not start», he recounts. The problem, he adds, is that then they will have little time to collect the whole crop, because they fear that the rains will come with intensity and do not give them time to collect everything underground. Also in this case they expect a smaller production,“or tempo no acompañou e a colleita vai ser menos”, he says. Amador Diaz, of Ama Potatoes, willstart these days with the bulk of the pickup. “Maybe we’ll have one less pouco in quantity because as high temperatures that were re-examined this will see non foron normais e a plant tivo moito stress”, he recognizes.

In Coristanco, on the other hand, many farmers have been working on pick-up for several daysnow. “Fará a couple of weeks that we started”, says Juan Ramón Sanjurjo, producer of this area. He explains that production is coming out “prettyhealthy” , but that the problem is in the weather conditions. “We’re paralyzed because of you. It’s all muzzled and smudge-stained sae,” he says. Also in this Galician region they foresea slightly lower harvest in quantity. “Hai less because non choveu. “faille miss auga e by iso temos less quilos e of medium size ou small”, counts. Sanjurjo assures that the collection campaign has only just begun. That’s why he hopes that the rains will give them a truce and thus be able to undertake the bulk of the tasks. So does Jesús Manuel Quintela,another producer from the same area. “We are waiting for it to stay or sun so that we can collect them. We don’t start in ainda because it’s crashing,” he says.