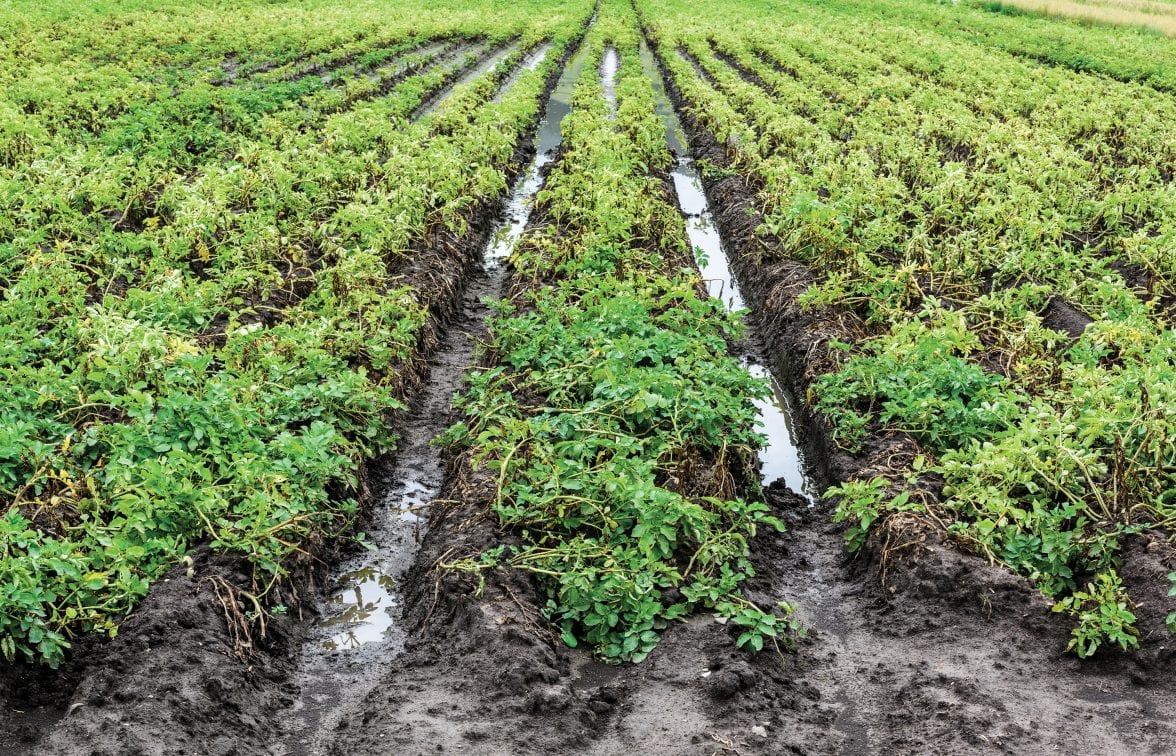 In the Haarlemmermeerpolder the first days of October also fell 25 mm of rain and the month of September was also wet along the coast in South Holland with 80 – 90mm of rain in many places.

In the summer months of June, July and August, in many places, more than 100 mm of rain per month fell in many places. In North Holland and South Holland, only the month of May was extremely dry.

The abundant sunshine – 2020, along with 2003, has been the sunniest year on record so far – the above-average rainfall has so far not caused any problems. But now the soil is quickly saturated. A repeat of last year is imminent, with the evaporation of the large amounts of precipitation due to the fast-shortening days and the lack of sunshine not much more.

Last year, a large part of the consumer and chip potato area in North Holland and South Holland could only be cleared with the use of heavy equipment and high costs and many losses. Several hundred hectares of potatoes remained in the ground until the spring. Moreover, the potatoes did not yield much. That seems to be the case even more this year, as the surplus of french fries still has a price-dampening effect due to the corona crisis and potato acreage has not shrunk significantly, despite the corona crisis.

Potato grower Arwin Bos from Nieuw-Vennep in the Haarlemmermeer fears that the weather will be muddling. But the weather could also be fine-resumed from next week. However, the improvement in the weather in the 14-day forecast in the form of a powerful high pressure area comes from the Atlantic, which is a bit disappointing in practice. Especially now that the hurricane season in the Carabian region is running at full speed and there are always remnants crossing the Atlantic.

Used to be sprayed to death

Bos: “They’re like day races if you follow the 14-day weather forecast. It goes up and down.” He has the impression that in the Haarlemmermeer region where many french fries potatoes are grown, there is more time than other years. Growers take the last kilos of yield for granted, especially given the low potato prices. Besides the best possible dewatering, there is little else you can do as a potato grower.

Delphy expert Paul Hooijman, who advises potato growers in the North-West of the Netherlands, also notes that a number of growers have indeed been sprayed to death in the past. In addition, some growers have also adjusted the nutrition downwards this season, did not perform the last sprinkling round when the crop needed it, and saved some money on, for example, the fight against alternaria. On the one hand to reduce costs, given the expectation this spring that prices would be low, on the other hand to be able to harvest earlier.

Related Topics:during potato harvest
Up Next