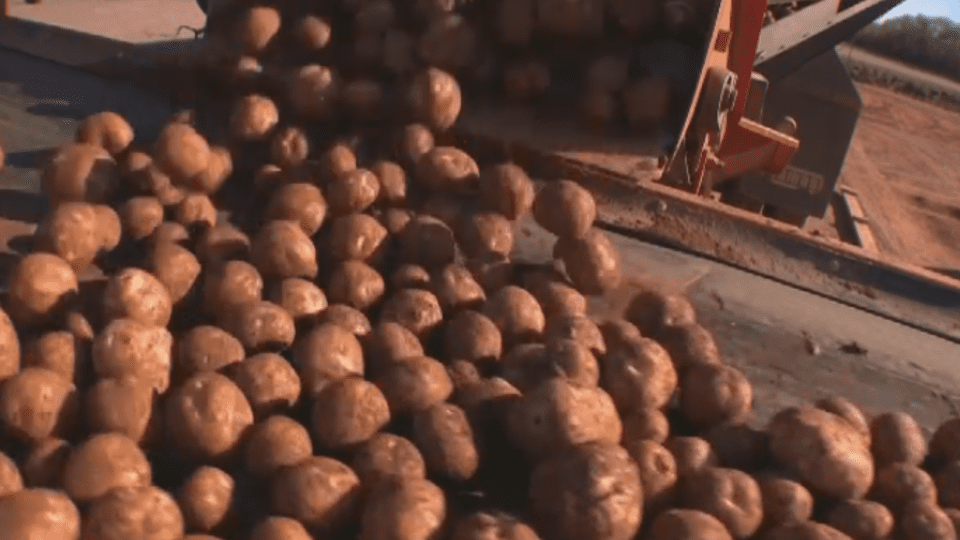 HALIFAX — With the harvest season underway, the impact of summer’s drought-like conditions is being unearthed in New Brunswick. Due to a lack of rainfall during the growing season, potato farmers say their yields are down significantly for fall 2020.

Like many industries, the potato industry has been hit hard during a most unusual year. The first blow came earlier in the year – caused by COVID-19 and restaurant shutdowns; the second came from Mother Nature with arid weather during the summer months.

With the growing season come and gone, potatoes farmers aren’t seeing as bountiful a harvest as previous years.

“Unfortunately, most producers saw about one-tenth of the precipitation they needed to have a successful growing season,” says Potatoes New Brunswick executive director, Matt Hemphill. “What that translates to is about a 25-50 per cent yield reduction throughout the province – that quickly adds up to $45M-$50M in revenue loss.”

Somewhat ironically, the Agricultural Alliance of New Brunswick says the weather the province is currently experiencing is perfect for harvesting.

“The harvest is going well, but the actual volume of potatoes per acre is reduced; because without water, they simply didn’t grow,” says Agricultural Alliance of New Brunswick president, Lisa Ashworth.

Concerning government assistance, Hemphill says existing programs have been so restricted that they no longer work for the potato industry.

“Unfortunately, if you look at the 2018 growing season, we qualified for a program called AgriRecovery,” says Hemphill. “We checked all the boxes, and right down to the fine print and we were told by this current government ‘no.'”

The AgriRecovery framework is a federal-provincial disaster relief program under the Canadian Agricultural Partnership which helps farmers recover from natural disasters. Some say tough discussions must be conducted.

“There has to be some very serious conversations about how much producer income has declined,” says Ashworth. “And that may trigger payouts.”

Potatoes New Brunswick says it will meet with the new provincial Minister of Agriculture later in October.

Meanwhile, the province says it is working with the potato industry to better understand the impact of summer’s drought on the harvest.

Related Topics:Potatoes irrigation
Up Next