For quality and maximum yields in potato farming, use of machines key 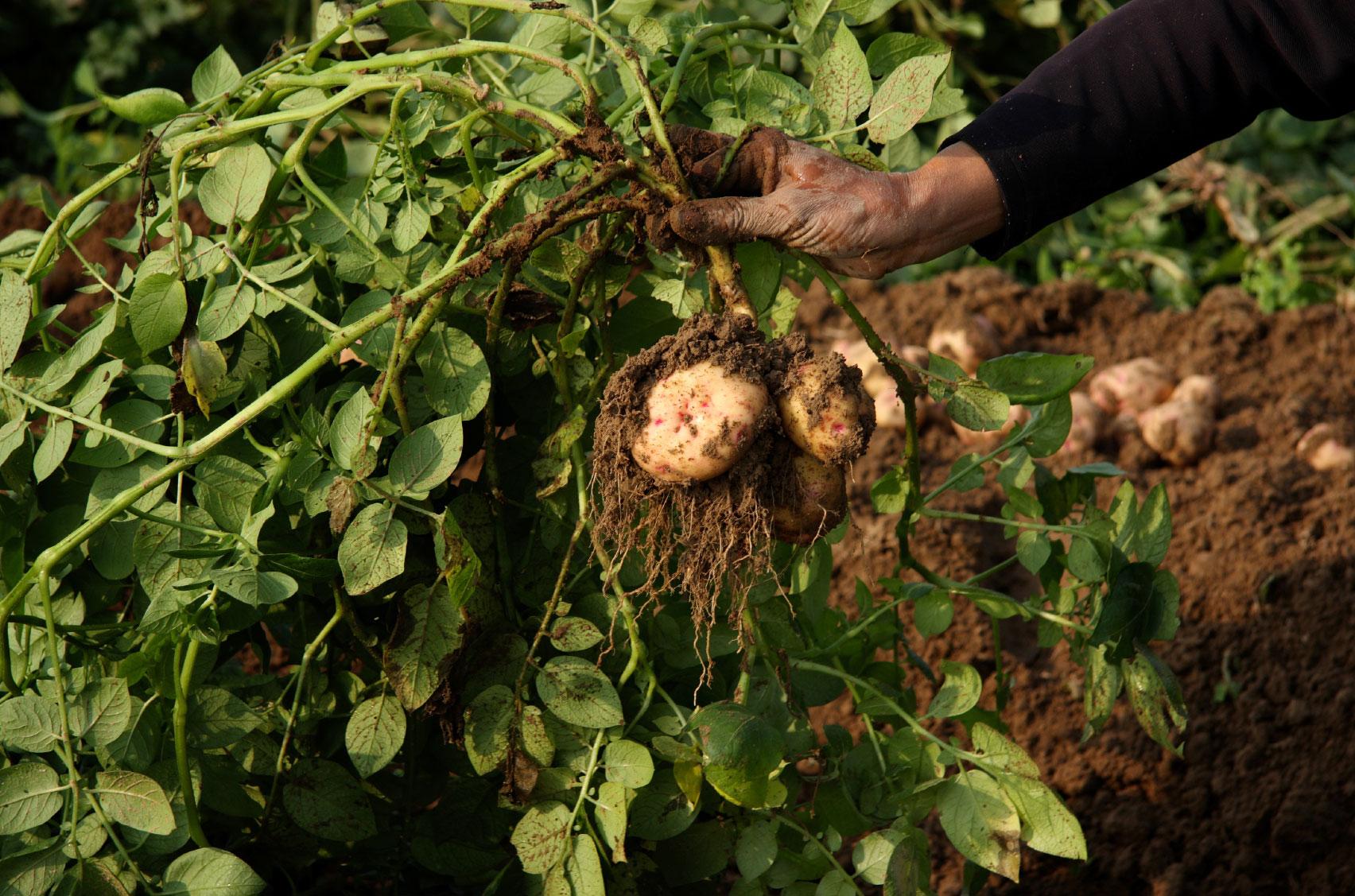 A 28-year-old Eastern Cape man is ploughing ahead on his mission to become a top potato farmer, thanks to a partnership with Potatoes South Africa.

“I started this initiative by saving part of the stipend I received when I was doing my in-service training. I was offered a job to manage a farm in Pretoria but I chose to start my own business, instead of making someone else a millionaire,” he says.

Ndzoboyi, an agriculture management graduate from the University of South Africa, says Potatoes SA offered its support after receiving a business plan from him. He was told to contact the Eastern Cape Department of Rural Development and Agrarian Reform (DRDAR), which facilitated the partnership with Potatoes SA.

Working through extension officers from DRDAR and Potatoes SA, Ndzoboyi’s potato harvest was so successful that he has decided to plant potatoes on another three hectares.

Through Potatoes SA’s incubator programme, he has access to seeds, pesticides and herbicides. Potatoes SA also guided Ndzoboyi as to which type of potato to plant, after inspecting the soil on the farm.

“The consultants from Potatoes SA assisted me throughout the farming season. They came to the farm and offered technical support as well as advice on what the next step should be. Their help ensured that I produced a good harvest that I was able to sell to one of the country’s big retail shops, Boxer Superstores, as well as local businesses and community members,” he says.

Spinach, cabbage and butternut are also grown on the farm, which has five full-time employees.

Ndzoboyi believes that other young farmers can achieve the success he is enjoying by doing proper research, being willing to share ideas and learning about good agricultural practices.

Emerging farmers wanting to receive similar assistance, should contact DRDAR’s extension services can call 043 602 5006/7 or visit the website www.drdar.gov.za. Potatoes SA can be contacted at 012 349 1906 or by visiting www.potatoes.co.za