“Agrover” LLC and group of companies, which produces mainly potato and other agricultural products, is dynamically developing, vertically and horizontally integrated holding in Uzbekistan. «Agrover» LLC began operating in 2008. Since then, the company has been developing and expanding dynamically. Today different enterprises with various activities have been created on the base of the company. During its work period, «Agrover» LLC has undertaken fully maximized mechanization of potato growing technology, as well as primary processing and storing potato seeds within its in-house facilities. Today the launch of refrigerated complexes in Bostanlik district of Tashkent region and Sariosiyo district of Surxandarya region is being planned. In addition, “Agrover” LLC annually imports elite varieties of potato seeds from the European Union in the amount of up to 10 000 tons. Imported seeds are sold to specialized farms of the Republic of Uzbekistan. The purpose of importing elite seeds is to update the seed Fund of the Republic of Uzbekistan. «Agrover» LLC is working closely with specialized companies from the European Union, and the CIS countries in the field of seed potatoes. It participates in world conferences and exhibitions on seed potato material every year. The strategic goal of the company is the organization of modern production for processing agricultural products and meeting the demand in both domestic and foreign markets. Potato production is constantly developing. New storage facilities are being actively built and existing storages are being modernized in Uzbekistan; each year new market participants come to the market while experienced producers are enlarging their businesses; companies are adapting to work directly with retail chains and they have been developing potato sells in retail packaging. These positive tendencies have led to market glut of table potato, causing difficulties with selling root crops at reasonable prices for an agro-producer. Prospects for further development have two main directions of potato business — industrial processing and export of potatoes and products of its processing. Potato processing is one of the ways to protect the producer’s investments from dumping. The variety of processed products will divide the potato market into many other markets, each developing according to its own rules. Hence, the conclusion – the lost profit in the sale of table potatoes can be compensated by the sale of processed products. Project mission is realized by achieving the following enterprise goals: Using advanced technologies and modern equipment; Producing quality products and setting reasonable prices for it; Retaining the majority of the regional consumer market; Implementation of well thought production and marketing policies; Conducting independent research, updating the capacities and the range of products promptly; The development and expansion of the enterprise to an economically reasonable extent. Project realization will let: From the perspective of marketing: To meet the steadily growing demand for quality products To carry out export deliveries to the neighbouring countries; To increase competition within the domestic market. From the perspective of developing industry: Promotes the development of related industries in general; Gives impetus to improve the quality requirements for the ready-made product. To carry out agricultural works, enterprise created its own park of agricultural equipment in quantity of 23 units, including 8 units of self-propelled equipment, 5 units of husbandry machine and 10 units of trailers of different volumes. The company is a member of the system for the seed potato and seed wheat cultivation operating in Tashkent region. That is why, in 2019, our company, by order of “Galla-Alteg” joint stock company, planned to produce 3.2 thousand quintals of seed wheat of “elite” and “super-elite” classes, 16 thousand quintals of seed and ware potatoes, 7.9 thousand quintals of grain legumes vegetable crops on contracts with large retail chains, processors and manufacturers of starch, feed and other agricultural products. It should be noted that the company is the founder of the Association of potato producers, established in accordance with the Decree of the President of the Republic of Uzbekistan № PP-3558 “On measures for the further development of seed potato production in the Republic” dated February 23, 2018. To execute the President’s Decree, the company is directly involved into financing and creating modern “Agro-Industrial logistics center”, which includes a storage capacity of 30 thousand tons in Bostanlik district of Tashkent region based on the basis of “Bo’stonliq Kartoshkachilik Markazi”, and the creation of the only Laboratory of clonal reproduction “in-vitro” in Central Asia located in Zangiota district.

“Solanuz” LLC is a specialized agricultural enterprise, founded in Urtachirchik district in 2017. Since its establishment, the company has been specializing in the cultivation, sorting, storage, transportation of seed and food potatoes, as well as grain crops involved in crop rotation. The company operates on 1162.9 hectares of irrigated agricultural land in the area of the district. Currently, the company employs 105 employees. The enterprise implements comprehensive measures aimed at expanding production with the introduction of modern technologies for mechanization, increasing storage capacity, deepening processing and promotion of export of fruits and vegetables. For the purpose of intensive development of potato growing, the enterprise has expanded its sowing lands, implemented modern water-saving technologies and created equipment for storing more than 10.0 thousand tons of fruits and vegetables. For implementation of agricultural works, the enterprise has created its own Park of agricultural machinery in quantity of 94 units, including 27 units of self-propelled equipment, 47 units of husbandry machine and 20 units of trailers of different volumes In order to develop vegetable growing and expand the production of high-quality and competitive ready-made products, the company has launched a modern factory for the production of French fries and potato flakes, with processing capacity of 50.0 thousand tons of potatoes per year. With the factory launch, more than 240 extra workplaces will be created. The launch of the factory for the production of French fries and potato flakes will allow our company to carry out full cycle of production and processing of agricultural products: “seeds – growing products – harvesting – storage – processing – transportation – delivery to domestic and foreign markets.” Since its establishment, «Solanuz» LLC has been actively collaborating with foreign enterprises working in agricultural sphere. Nowadays, foreign investors are interested in participation in the project on implementing the cluster method in organization of the production of agricultural products at «Solanuz» LLC base, and moreover are ready to make direct investments into the project. Attraction of additional investments, creation the joint venture at «Solanuz» LLC base and creation of agricultural cluster for producing seed materials of vegetable cultures, food potato, grain and other cultures, as well as processing the food potato will lead to company expansion and realization of produced products in both domestic and foreign markets.

Viewpoint: There’s no such thing as a ‘GMO,’ and the history of potatoes illustrates why the term is ‘nonsensical’
Related Topics:AgroverRepublic of UzbekistanSOLANUZ
Up Next 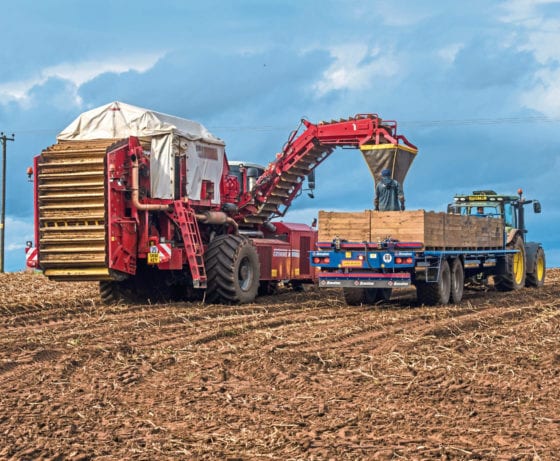 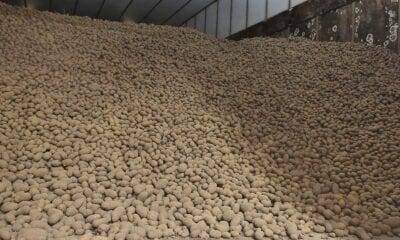 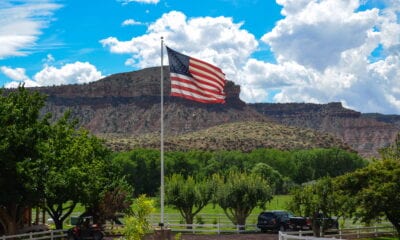