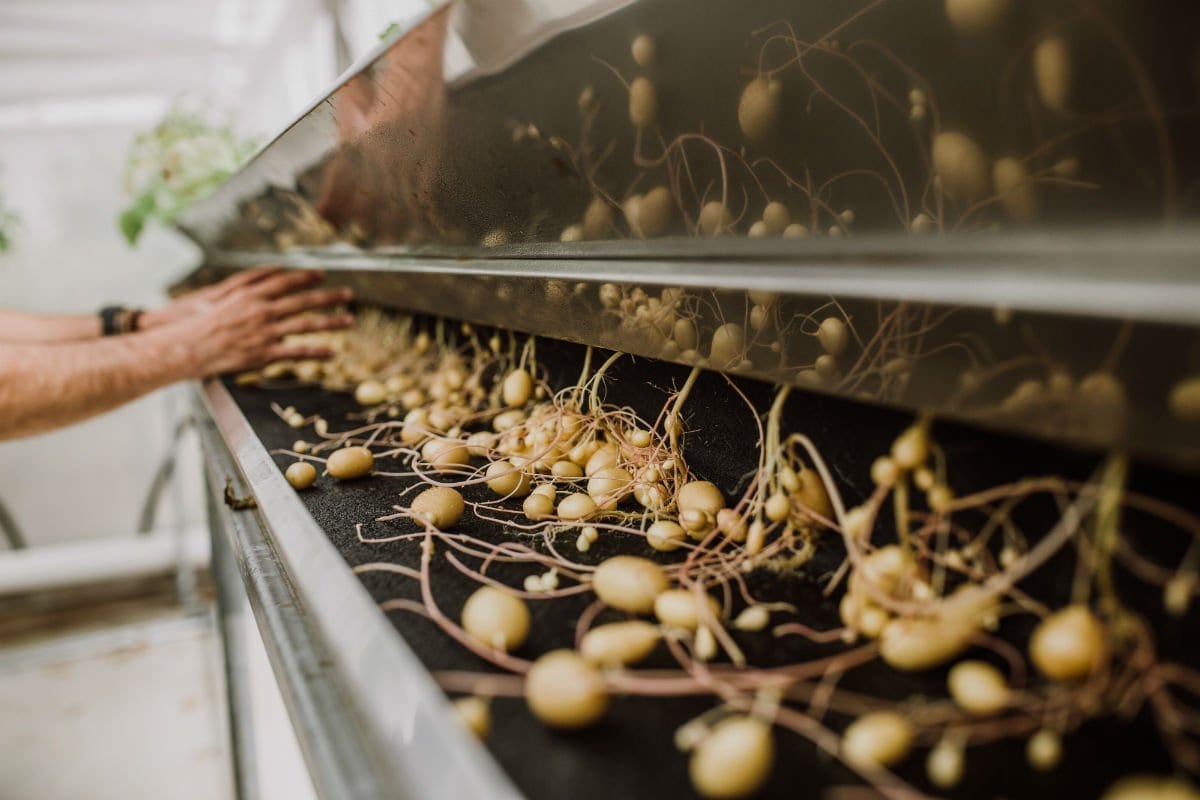 Agronico is a proud family owned business, based in the small Tasmanian town of Spreyton.

Agronico was formed in 1985 by agronomist Julian Shaw (BAgrSc) who with 9 years prior experience working for Glaxo Smith Kline in the development of effective weed control in the poppy industry in Tasmania identified the need for independent agronomy advice. The company began as a consultancy business, providing advice to growers, but early on there was a noticeable need for a research division to solve technical problems. By the early 1990’s Agronico had grown to 10+ employees and 2 divisions and were steadily increasing contracts with growers and agri-business across the state.

In 1997 Agronico’s R&D team started running trials on hydroponic potatoes. These trials indicated the method had the potential to improve the efficiency of potato propagation. These trials were supported in 2001 with an AusIndustry grant for innovation. Another major AusIndustry supported research project looked at developing processes for production of high quality predictable seed potato tubers, which formed the bases for the development of a successful seed potato production business.

The company has seen significant growth in the last 5 years and now has in addition 15 full time employees, over 15 casual employees involved in the potato grading and packing operation, and produces nearly a quarter of a million minitubers and 10,000 tonnes of seed potatoes.

With a state of the art factory and cool store opened in July 2017, and an extension in 2019 Agronico is well positioned to increase varieties and quantities into the future.

Agronico had grown to 10+ employees and 2 divisions with increasing contracts for growers and agri- business across TAS.

In 1997 Agronico’s R&D team started running trials on hydroponic potatoes. These trials indicated the method had the potential to improve the efficiency of potato propagation.

These trials were supported in 2001 with an AusIndustry grant for innovation. The effect of the grant was to take this from an idea to a fledgling commercial business.

Agronico purchases the property at 4 Cockers Creek, Spreyton and converts a factory for efficient potato grading and cutting.

A further grant allowed expansion to a wire mesh potato grader which provided efficiency and minimised any handling damage to the potatoes.

Agronico opens a state of the art coolstore in Spreyton, the largest of its kind in Tasmania.

Agronico was chosen to be one of the 50 projects to financially benefit from the federal and state government’s jointly funded Regional Jobs and Investment Package.  The grant will assist in the expansion of the current Coolstore to double its capacity. When complete the project will create 19 jobs during construction…

Agronico’s expanded coolstore opens. The coolstore will hold almost 14 and a half thousand tonnes of potatoes, opening the service to more Tasmanian farmers.

After numerous requests Agronico opens an online store for sales of some of our varieties to home gardeners.