How a visionary in Rwanda is growing potatoes in the air

Some optimism in the potato market 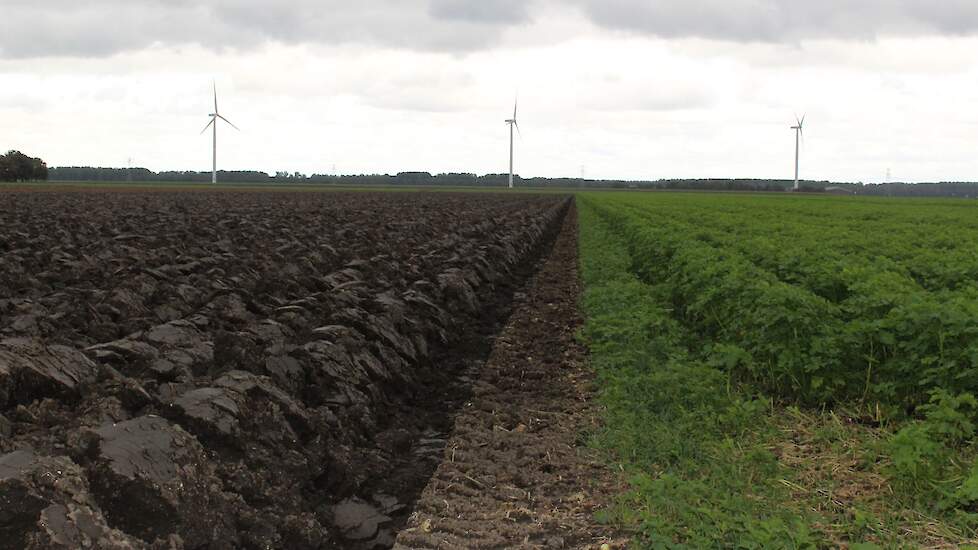 The Dutch soil is under attack. This spring, the Council for the Environment (RLI) released the report ‘The soil achieved’, in which it warned that the quality of Dutch soil is not going well, partly due to excessive use in agriculture. It generated media headlines such as ‘Poor soil quality in the Netherlands stands in the way of meeting the climate goals’ in de Volkskrant, and ‘Advice: more action is needed to improve soil quality’, at the NIS.

Rabobank chairman Barbara Baarsma also intervened in an interview in Trouw. She called the state of the soil ‘poor’ and argued that the high pressure on the soil reduced the nutritional value of our food, a statement she also defends in her recent book ‘The Food Paradise’. The opinions of the RLI and Baarsma echo the stories that environmental organisations have been telling for a long time: By stating that intensive agriculture is destroying the soil, they are trying to destroy the agricultural system in the Netherlands.

But is it true? To start with the latter: the nutritional value. Baarsma’s comment about declining nutrient values can be traced directly to the RLI report: there is a graph with frightening numbers: spinach would only contain a third of the vitamin C compared to 1985, the amount of magnesium in potatoes would have halved since then. But those who search for the source in the reference list will find out about the website Herbalvitality.info,a seller of dietary supplements. The graph is there without any scientific justification. It is worrying that the RLI is using this as a source.

Anyone who actually delves into the scientific literature will see that things are different. Canadian scientist Robin Marles collected all available data for the Journal of Food Composition and Analysis in 2017, first of all showing that little reliable research has been done, but that the available data show that there are hardly any differences between old and new crops. The content of fruit and vegetables differs much more by the climate of a given year, by chance, or by the use of other varieties, than by a deteriorating soil. If there is already a difference, then there is the dilution effect: more recent crops grow so fast that the ratio of carbohydrates to vitamins and minerals changes. Once again it does not have nothing to do with soil quality.

Then there’s the bigger picture: the overall soil quality. The RLI’s report relies heavily on the work of the Louis Bolk Institute, an anthroposophical organisation that has openly advocated fertilizer-free, organic farming. If you look more broadly, you will also see that the story is more nuanced. Work by, for example, Jan Adriaan Reijneveld of the WUR shows that the organic matter content, an important indicator of fertility, in the Netherlands as a whole is not deteriorating, but stable. Work by the European Union and the United Nations also gives the Dutch soil good scores: there is little erosion and degradation. Real problems arise on the African continent, where poor farmers do not have the means to return nutrients to the soil after harvest, in the form of (artificial) manure or crop residues, and agriculture thus becomes a kind of predatory building. Dry areas in the Mediterranean and the overgrazed fields of Kazakhstan and Australia are also problematic.

For those who visit a Dutch farmer, none of this is a surprise. Of course, it doesn’t mean that nothing can be improved. Compaction of the soil, by too heavy machinery, is a problem. Farmers try to prevent this by using machines less often on the land. Moreover, lighter, sometimes even unmanned, machines are in development. The so-called microbiome, the whole of small life in the soil, also has the attention. to save life in the soil. They also experiment with non-reversing tillage, a way of farming and where ploughing is not used, so that life in the soil remains whole. Much of this knowledge is new, but is implemented with love.

Harsh statements that soil quality in the Netherlands is poor contribute to the polarisation in the agricultural debate. It puts the conventional farming system down as bad, and the alternatives as well. In her Trouw interview, Baarsma talks about the initiative ‘Under the Ground Level’,a collaboration of, among others, the IUCN (which draws up the red list), the Butterfly Foundation and the ecologists of the NIOO-KNAW, who will turn the tide for a while. It implies that farmers are not able to manage their soil themselves, but that nature organisations will do so for them. That arouses resentment. If we want to make Dutch soil and agriculture as a whole more sustainable, we must do it together, on the basis of honest and sound science.