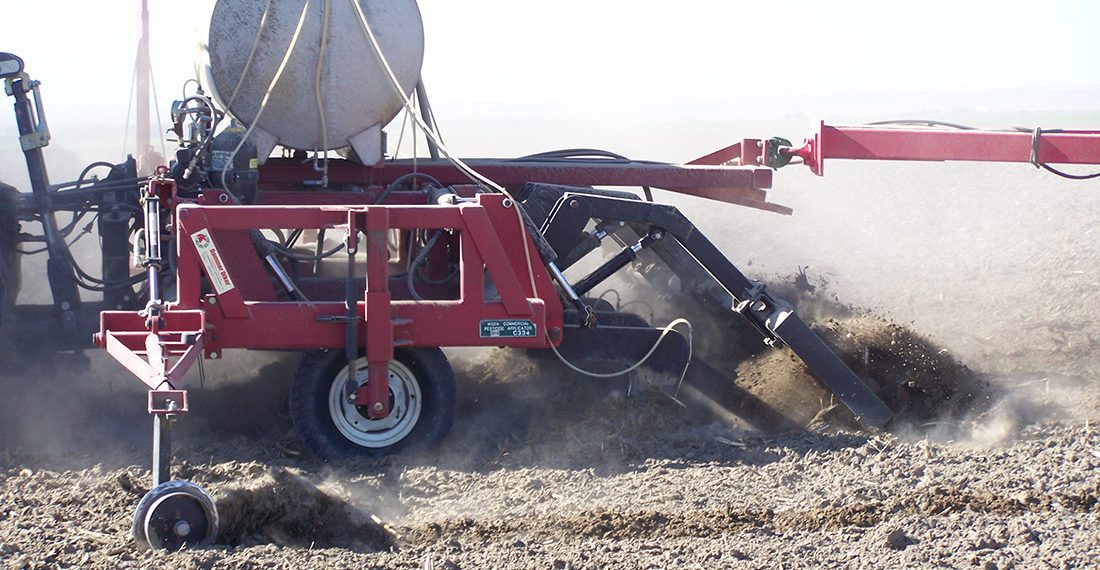 In addition to good growing practices, take down nematodes and disease with better tools in the toolbox.

When it comes to disease and nematode management, there’s a lot to unpack. There’s field history, what varieties you’re using, what problems your experiencing — even what goals you’re trying to accomplish within a given year. When it comes down to it, there’s no one-size-fit all approach to management, but there are some tips and tricks that can help growers out. At the Canadian Spud Congress on March 23, three panelists from across Canada joined the “Crop Talk: Canadian Growers Discuss Nematode and Disease Management” panel to talk through management tricks that work in fields in their regions.

Get to Know Your Field and Your Region

When it comes down to getting started, knowing your field, regional problems and soil is top-of-mind. Charles Emre from Ontario says there’s a wealth of problems they face year to year. “I’m in the sandy plains in Norfolk County, which back in the day was the tobacco capital of the world,” says Emre, a fourth-generation grower. “The history of sand ground being tobacco is also heavily fumigated. When we got started, these soils were the biggest problem.”

Emre found that they were dealing with low organic matter — or even, for lack of a better word, dead soil. “Even with all that fumigation, it seemed to make an even worse problem with nematodes and lead to heat stress and compaction,” he says. “The biggest problems we’ve dealt with over the years is low organic matter, poor soil conditions, drought and heat stress, nematodes and compaction.”

In comparison, Darren White of Manitoba says it’s difficult to forget previous year’s problem: drought. “We’ve had two, almost three years of drought and less than average rainfall issues with low streamflow and not enough irrigation water,” White says. As an agronomist with Delta Ag Services, he believes that’s been the biggest issue in recent memory.

However, over the last 10 years, the biggest issue has been dealing with uniformity and consistency. “We’ve got soil texture changes, natural soil fertility differences, slope and whatnot…Trying to take that and produce a consistent potato crop that stores as we deal with overwatering and underwatering and other quality issues is difficult,” he explains.

On Prince Edward Island, Steve Watts, owner and operator of Genesis Crop Systems Inc., says the biggest problems are from an economic perspective. “We’ve got all kinds of forces out there some external that we can’t control and others internal that we can,” he adds. “If you open up our potato disease guidebook, quite often you find a few of the pests or diseases in our fields. Most you can control reasonably well with various types of strategies.”

The biggest issue on P.E.I. is the lack of access to tools — particularly because chemical fumigation isn’t permitted. “Having access to a product that will control nematodes helps a bit and is very beneficial to our industry here,” Watts says. Knowing history, soil type, and what your fields are capable of and what they’ve done in the past is only the first step to field management, though.

When it comes to targeting and disease management, having a plan is important. That plan can take many shapes and forms but knowing what your overall goal is important. “Knowing your fields and what goals you’re setting out to in that field helps,” explains Emre. “Being fresh market growers, we will give up yield for quality any day, so our goals might be different than another grower from a different commodity.”

Watts says if you’re concerned about nematodes, you need to get your soil sampled. “That soil sampling will help you see where you stand at the moment,” he says. “I don’t have to test many soils often because I know the numbers are going to be high right off the bat in many Island fields.” Both White and Watts say to make sure crop rotation is in your management plan. “Most of the potato ground in the province has been in production for more than a decade,” says White. “Because of that, we’re on mostly a three-year rotation.”

Emre also works to include crop rotation into his goals — though, he says three- or four-year rotations aren’t a luxury he has. “We are in an every other year rotation,” Emre explains. “Several years ago, we had to change our mindset, but we decided that potatoes pay our bills and focused on that.” In the end, crop rotations help because you’re stopping one thing in particular: feeding the pest. “Stop feeding the critters and diseases their favourite foods all the time,” Watts says. “That means, changing your crop rotations around.”

Keeping Tools for the Toolbox

In addition to tools like crop rotation, crop protection is another option for nematode and disease management. Velum — a tool developed by Bayer Crop Science — is one tool that all three believe adds value to a field. Before Velum was registered, Watts got to work on trials with Bayer for the product. “We saw some crop response to where we put Velum on at that time,” he says. “Those trials only lasted one year.” With his own grower groups, though, he put the product to test on between five to 10 fields per year for a few years to keep score and understand the product.

“That’s really where I developed my level of confidence with Velum,” he says. “I can tell you now, any grower we work with is encouraged to use Velum wherever they can, especially on the mid-to-late season variety. We see the value there.” White first trialed Velum in 2017. “From 2018 on, we’ve been using more and more Velum in furrow — first targeted for Umatilla Russet,” he says. “Now, it’s tending to go on all acres.” White has seen it help primarily with black dot on fields he works with.

Emre says his biggest concern on his field when trialing Velum was ensuring his earthworm population stayed the same. “We hoped it wouldn’t work against what we were trying to do, which was build our soils back up,” he says. After finding that those populations stayed stable, Emre began trialing it more. He’s still in the process of trialing Velum on about 80 per cent of the field. But, all three caution and say to ensure you have a resistance management plan in place. “Don’t overuse a tool,” Emre explains. “Be willing to change things up. Let it do its job, then set it aside.”

Watts adds that though Velum is primarily used for nematode and disease control in P.E.I., they understand it has some secondary effects on foliar diseases as well and adjust their foliar fungicide program accordingly with certain varieties. “In that case, we’ll stay out of that chemistry as long as we can,” he says. “There’s some other great products out there now that will help you do that on the foliar disease side.”In Manitoba, White primarily uses products like Velum for early blight.

“I’ve been concerned right from the very start of how quickly early blight could develop resistance to the product,” White says. “There is monitoring of early blight resistance in the province. Our neighbour to the south, North Dakota, is monitoring as well. After Velum, we’re not using other group sevens — we’re rotating to other groups to try and help this product work for us as long as it can.” Make sure to ensure products use for the future by not overusing in the present.