in Company
Reading Time: 6 mins read
A A 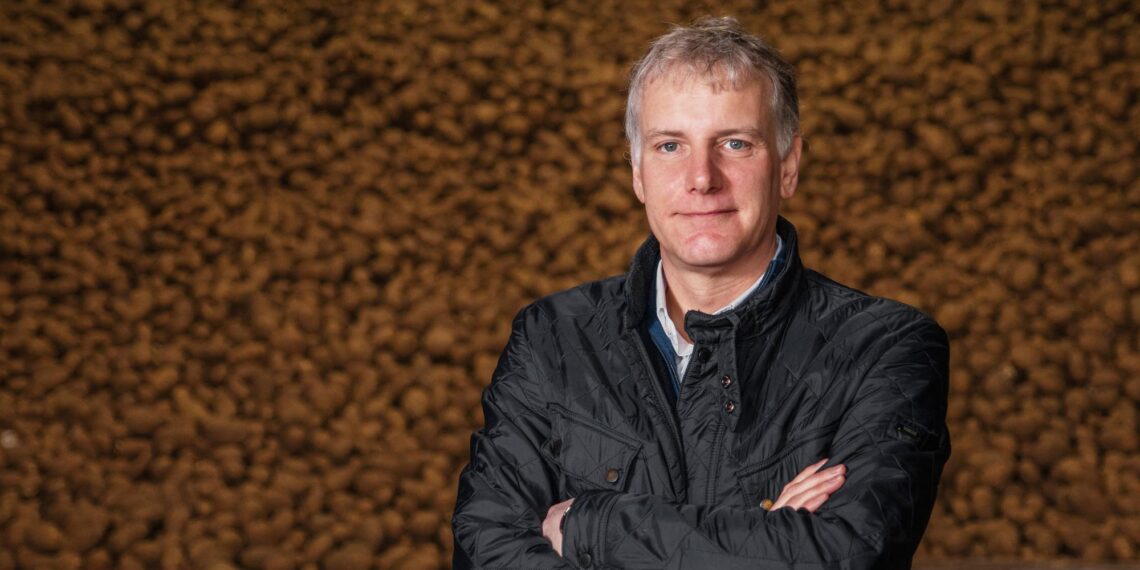 4.3k
SHARES
24.2k
VIEWS
Share on TwitterShare on linkedInShare on TelegramShare on Email

Potato sales have been ‘re-energised’ by Covid, says McCain’s UK & Ireland president Howard Snape. But the pandemic has presented challenges for foodservice and growers. How is McCain adapting?

Brits have fallen back in love with potatoes. So says McCain’s UK & Ireland president Howard Snape, who’s been putting together some retail sales figures at its otherwise deserted UK HQ in Scarborough. He’s feeling buoyant about the findings. “We’re now selling 80 million jacket potatoes a year or 1.6 million a week – a 10% rise year on year,” he beams.

Snape believes Covid has “helped to re-energise” the potato, previously a casualty of a long-running decline in unit sales. The sudden change in fortunes is about more than transferral of foodservice spend, he argues. “We’ve seen the expansion through Covid of home-type comforts and potato fits in with that,” he says.

But these numbers mask what has otherwise been a difficult year for McCain. The boost to retail hasn’t offset losses from the foodservice sector, which had been the original target of innovations such as its Brew City snack range. What’s more, the sudden closure of out-of-home resulted in a significant surplus of spuds – at a time when growers were already under pressure from extreme weather events.

It’s left McCain offering support on two fronts. In foodservice, Snape sees its role as “offering guidance”, such as advising customers on how to ensure takeaway chips arrive crispy and hot.

At the other end of the supply chain, Snape is particularly proud of how McCain has supported potato growers. In August, he unveiled a Farmer Pledge that locked McCain into medium-term contracts to help growers deal with banks and lenders, in a move that won praise from NFU president Minette Batters.

The motivation was simple. Supporting growers is in the interest of McCain, which in June announced profits had halved in 2018-19 amid “one of the worst potato harvests in 40 years”. There is an altruistic motive too, says Snape, who describes the British potato industry as “under threat”. “The area we continue to work on is making sure those family businesses are building for the next generation,” he says.

At the same time, he’s keen to avoid getting into politics. Asked what he makes of last week’s AHDB potato ballot result, which saw growers vote to scrap the compulsory levy, he takes a diplomatic tack. “Some farmers think they get great value, some don’t,” he says. “We work hard with all the agencies and get value out of them. But it’s up to growers to take a leading role.”

Snape speaks like a seasoned pro. So much so that it’s easy to forget he only took the reins at McCain in 2018. Since then, he’s steered the ship through a number of upheavals – not only the pandemic, but also a £200m revamp that included a rebuild of its Scarborough factory.

It’s required a practical approach – something that has been with Snape since his first food job at Booths in 1980s Preston. “The thought of working and getting a wage packet at the end of the week was more stimulating to me than going to college,” he says.

He went on to join McCain-owned ingredients business Dansco Tolona in 1993. “I was feet on the street, knocking on doors, selling pizza products into takeaways,” he recalls, in an experience he believes is key to who he is now. “Seeing those independent business owners at work, the entrepreneurial spirit they bring – it all stays with you.”

He now takes a hands-on approach to management, visiting each of McCain’s UK sites at least once every six months to keep abreast with ground-level developments. On the other side of the coin, he also has to liaise with the board above him at McCain HQ in Toronto, Canada. Here, it’s about maintaining a balancing act. “We have a lot of autonomy but we also work within a framework that’s for the good of the global organisation,” he says. “It allows us to manage the challenges of the short term but invest for the longer term.”

For the moment at least, this longer-term picture means recovering from the pandemic, through initiatives such as the Farmer Pledge and the Family Fund charity partnership. “It’s about getting the country back on its feet,” he says. “If we’ve learnt anything over these challenging times, it’s that we’re all stronger when we work together.”w

Solving the climate crisis is about more than the cars we drive, it’s about what we eat. Our food system...

A combination of the high summer temperatures and growers being unable to apply maleic hydrazide means potatoes coming into stores...

Ellwangen The saying "necessity makes you inventive" applies to this story like no other: in the spring of 2020, Anton...

ZASSO and AGXTEND present, for the first time in the field, the XPower XPR Concept, an electric weeding solution for...