Kids at farm – working from home

in Company history, Ecology
Reading Time: 4 mins read
A A 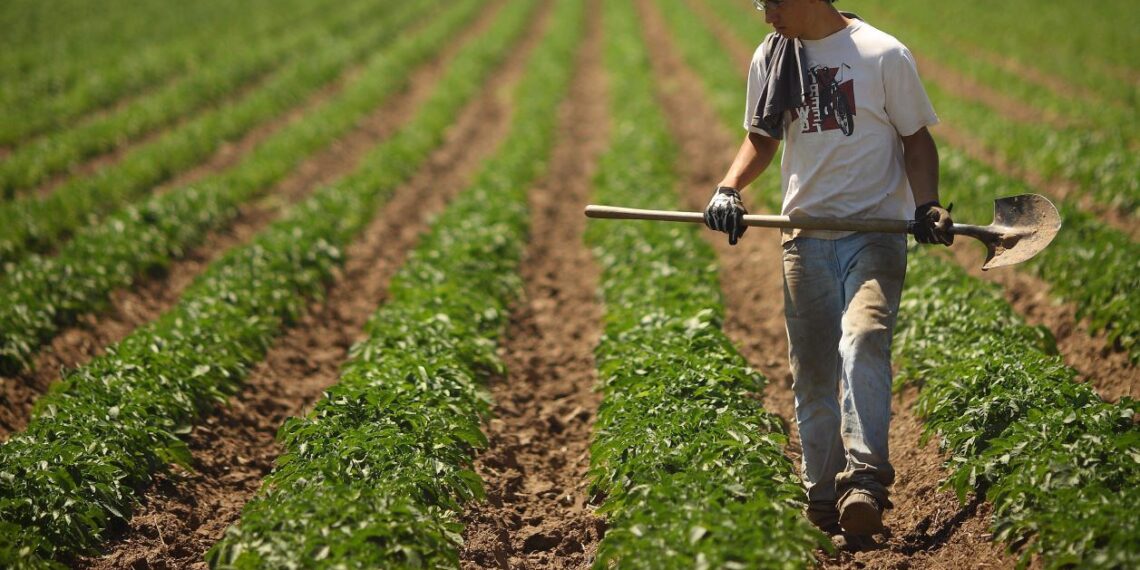 4.4k
SHARES
24.4k
VIEWS
Share on TwitterShare on linkedInShare on TelegramShare on Email

Growing up in agriculture seems to instill in kids a tenacious sense of independence and accountability, even under the watchful eye of their parents.

A middle-schooler emerges from the house in the pre-dawn light, still rubbing sleep from bleary eyes. His jeans, the same pair he wore yesterday, are more dust than denim and sport a volleyball-sized hole in the left knee. His once-blue hoodie is now a rainbow of grease stains and mud, and the brim of his faded Red Sox ball cap is curved into the profile of a horseshoe. He stretches, yawns, and wolfs down the last bit of the biscuit his mother handed him on his way out the door. Then he trudges out to the old four-wheeler and heads out to set siphon tubes in the beet field.

Meanwhile, three miles down the road, the freckle-faced, strawberry blond sophomore for whom our middle-school Red Sox fan pines has ditched her school-week Keds in favor of a pair of knee-high Mucks. She pulls a ponytail through the back of her own proudly sweat-stained ball cap. The screen door slams shut, and, rubbing her hands together for warmth, she heads out to the calf barn to make sure the baby Holsteins placed under her care get a hearty breakfast.

Across the county, a gleeful 4-year-old proudly perches in the buddy seat of a John Deere, ecstatic beyond measure to be spending the morning baling second-crop hay with Grandpa.

Two brothers, aged 15 and 12, bounce along the washboardy canal road, complaining about the old two-tone Dodge’s suspension (or lack thereof). Though they reside firmly at the bottom of the farm’s vehicular and professional totem pole, they find solace in the assurance that chicks dig guys who can drive a stick, so this will pay off someday.

Each of these is a familiar scene in farm country. From the time farm kids learn how to walk, most of them are right there next to Mom or Dad, learning the ropes, eating dirt, and hopefully not repeating too many cuss words. Heck, I once heard of a mother packing a cooler with milk-filled bottles and strapping an infant carseat into a 10-wheel truck because one of the harvest-time drivers had to bail at the last minute.

For farm families, Bring Your Kid to Work Day isn’t just a single square on the calendar; it’s dang near every day. And it’s not just the kids who benefit from it. To be candid, a lot of farm businesses would be up a creek if kids didn’t come to work with their parents on a regular basis.

Kids may grumble about the work as they get older (I sure did). But as they get even older (like, say, 20), a tender appreciation settles into their hearts for the real-life education they received in their formative years.

Growing up in agriculture seems to instill in kids a tenacious sense of independence and accountability, even under the watchful eye of their parents.

I’m of the unwavering belief that everyone in the world needs to have a miserable job or two in their lifetime. Now, I don’t mean that if you work someplace with an abusive boss or where every thought you express is acknowledged only with scorn, you should stick around just to learn some abstract lesson about hard knocks. But there is undeniable, immeasurable value for a young person in coming home at night almost too exhausted to stand in the shower and scrub the film of dirt and grime off his or her arms.

Truth be told, it’s often jobs like that where the strongest friendships are forged and the fondest memories are made. Whether it’s moving hand lines or building grain bins, busing tables or mopping floors, weeding flower beds or cleaning carpets, that job’s place on a résumé is unimpeachable. Farm families are ready-made to provide such opportunities to their kids, side-by-side with the most important co-workers they’ll ever have: their own flesh and blood.

Growing up in agriculture seems to instill in kids a tenacious sense of independence and accountability, even as they probably spend much more of their time under the watchful eye of their parents than their peers do. I’m not sure whether more credit should go to farm parents or to the farm itself, but the phenomenon definitely exists. It’s a major blessing later in life to have learned at a young age such lessons as:

Plant protein derived from certain foods can be as efficient as animal milk for muscle synthesis, suggests a new study. According to...

Potato-derived Proteins Under Analysis as an Alternative to Animal Proteins

Plant-derived proteins have received a lot of attention as an alternative to animal proteins, and they are now widely used...

Thunderstorms in Northern Europe (10 to 30 mm) have calmed the trading potato forward positions, but many places remain extremely...