Save Energy with Low-Pressure Sprinklers and Pressure Regulators 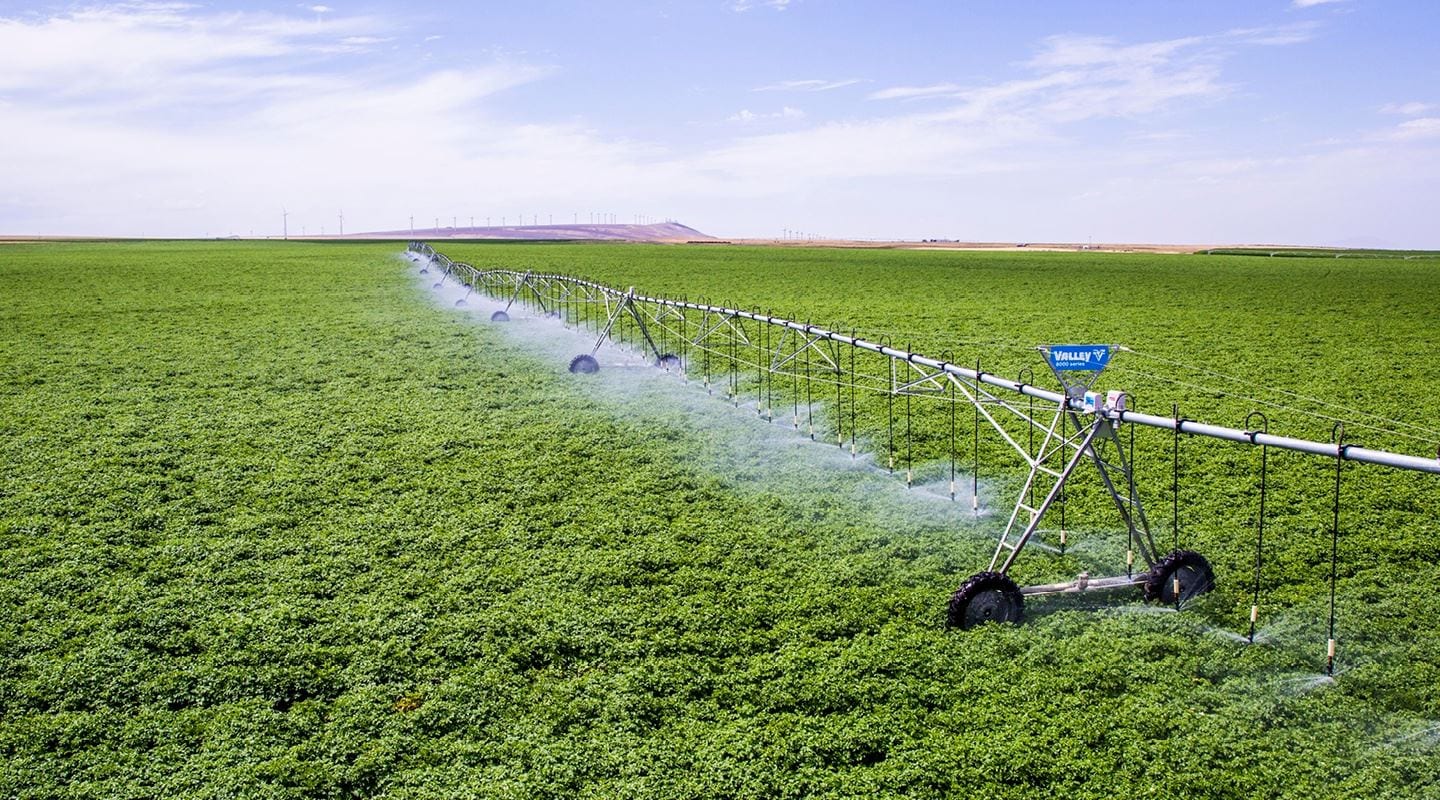 Researchers in southern Alberta are studying how potato farmers and their crops could benefit from new irrigation technology.

Towards Climate-Robust Irrigation Water Management for Potato Production is now in the second year of its 4-year run. The project is investigating if precision irrigation can help increase water use efficiency and potato crop yields in Alberta.

‘What we’re trying to figure out is what fields would benefit most from the new irrigation technology that is available and ideally how you could manage that,’ explains Willemijn Appels, Mueller Applied Research Chair in Irrigation Science at Lethbridge College

She says that in practice, a package can be placed on a pivot that allows the producer to control every individual sprinkler and vary how much water is used with that sprinkler.

‘But,’ she adds, ‘nobody has really figured to what extent that would benefit crops in Alberta. It’s relevant to look into that because water availability won’t increase in the next decade. High value crops like potatoes are very sensitive to water availability. We need to get a better hold on water use efficiency and using what we have in a smarter way.’

The research team is working with 5 potato growers and is follows them throughout their growing season on sites located near Vauxhall, Bow Island and in the Taber-Coaldale area during the project.

‘Every year we have 5 fields with potatoes and we map out the elevation with a drone,’ she adds. ‘We install moisture sensors in different points in their fields, we take samples we do extra soil moisture surveys and we determine the yields afterwards at all these different locations.’

The team brings together the characteristics of the field’s landscape, the variability of soil types in the field, and then links that to the dynamics of soil moisture. They also look into the farmer’s irrigation strategies.

Appels says that an interesting factor has come into play this year. ‘A nice feature of the past 2 years is that last year was really dry so there was a lot of irrigation going on. This year, we had quite a wet June, which increases the differences in a landscape for a period of time. We’re hoping to interpret that difference in weather and how it affects what farmers should be doing with irrigation following a lot of precipitation.’

By following farmers in the field and with the data that the team collects, Appels says that they will be able to run a lot of ‘what if’ scenarios with models.

‘We can figure out what would have happened to this crop if they had irrigated with applications of varying size, or applied at a different frequency, or used an irrigation threshold based on moisture content. By following the farmers, we can figure out reasonable management margins. So, for example, if you adopt a certain technology, and you get a 10% yield increase, but you also have to spend 30% more of your time managing your irrigation, it might not be feasible. By working with these farmers, we can tie it to more realistic situations, which is really quite unique.’

This project is a partnership between Lethbridge College’s Centre for Applied Research, Innovation and Entrepreneurship and Potato Growers of Alberta.

Related Topics:Potatoes irrigation
Up Next