in News, SCIENCE AND EDUCATION
Reading Time: 2 mins read
A A 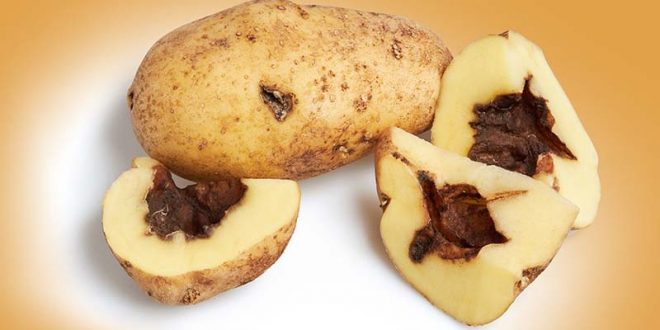 A transnational team of European researchers has discovered solanimycin, a new antifungal antibiotic. The substance, which was first isolated from a pathogenic bacterium that infects potatoes, seems to be produced by a diverse range of plant pathogenic bacteria.

According to the researchers, solanimycin is effective against a wide range of fungi known to infect and destroy crops. In lab tests, the compound also inhibited Candida albicans, a fungus that naturally occurs in the body but can cause dangerous infections. Solanimycin and related compounds may be useful in both agricultural and clinical settings, according to the findings.

According to microbiologist Rita Monson, Ph.D., of the University of Cambridge, the discovery suggests that plant-based microorganisms are worth investigating further, especially as crops develop resistance to existing treatments. She co-led the research with molecular microbiologist Miguel Matilla, Ph.D., at the Estación Experimental del Zaidn of the Spanish Research Council in Granada.

Solanimycin is not the first antibiotic discovered from the microbe. Previous research discovered that D. solani produces an antibiotic called oocydin A, which is highly active against a variety of fungal plant pathogens.

These previous discoveries, along with an analysis of the bacterium’s genome, suggested that it could synthesize additional antibiotics, possibly with anti-fungal properties, according to the above-mentioned experts. They discovered that when they silenced the genes responsible for oocydin A production, the bacterium retained anti-fungal activity. That observation led to the identification of solanimycin and the identification of the gene clusters responsible for the proteins that make the compound.

The researchers discovered that the bacterium produces the compound sparingly in response to cell density. The solanimycin gene cluster is also activated in an acidic pH environment, such as that found in potatoes. According to Monson, it appears to be a clever protective mechanism.

“It’s an antifungal that we believe will work by killing fungal competitors, and the bacteria benefit so much from this. But you don’t turn it on unless you’re in a potato,” Monson mentioned.

The researchers have begun working with chemists to learn more about the molecular structure of solanimycin and how it works. Then, they expressed their desire for the compound to be tested further in plant and animal models.

“Our future steps are focused on trying to use this antibiotic antifungal for plant protection. We have to open to the exploration of everything that’s out there to find new antibiotics,” Matilla concluded.

More than 15 years ago, the pathogenic potato bacterium Dickeya solani, which produces solanimycin, was discovered. Around a decade ago, researchers in the lab of molecular microbiologist George Salmond, Ph.D., at the University of Cambridge began investigating its antibiotic potential.