in SCIENCE AND EDUCATION
Reading Time: 3 mins read
A A 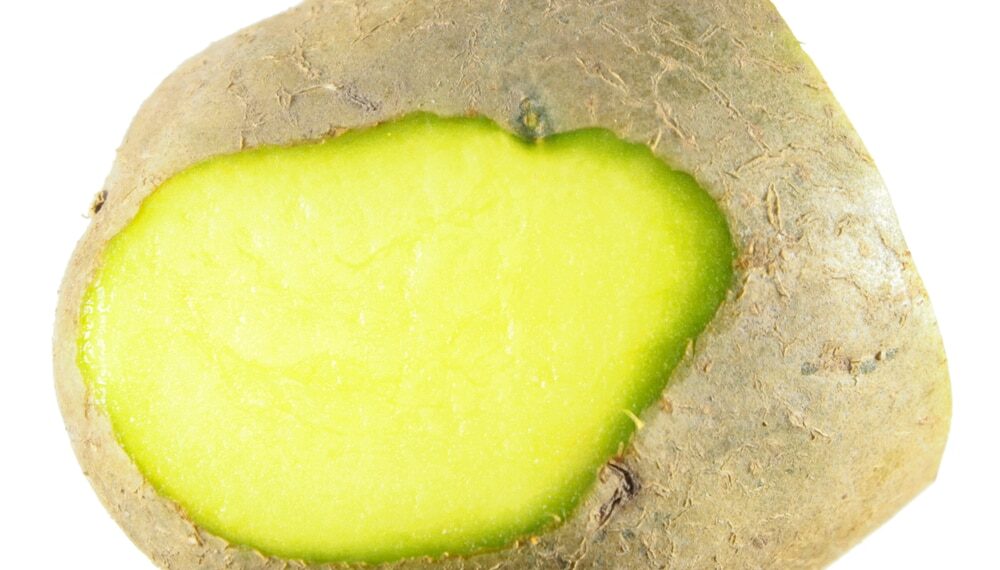 4.4k
SHARES
24.5k
VIEWS
Share on TwitterShare on linkedInShare on TelegramShare on Email

It has been discovered that α-solanine, a toxic compound found in potato plants, is derived from the bitter-tasting α-tomatine, which is found in tomato plants, a news release from Kobe University says on March 26. Researchers from Kyoto University, RIKEN Center for Sustainable Resource Science and Osaka University, were also part of the research work.

The researchers investigated the theα-solanine biosynthesis pathway in potato plants. By using genome editing, they disrupted the biosynthetic enzyme gene in potato so that it was unable to produceα-solanine. Feeding α-tomatine to the disruptant then resulted in a metabolic conversion to the corresponding solanidane compound, the release notes.

The 2-oxoglutarate dependent dioxygenase (DPS) gene which was expressed in potato during α-solanine synthesis was then singled out. For further investigation, researchers generated modified plants in which DPS gene expression was suppressed via RNA interference.

Nematodes and their Impact on Soil Health

“The solanidane concentrations in these modified potato plants were far lower than in the unmodified group, and spirosolanes accumulated inside the plants in place of solanidanes,” the release says.

The enzymatic activity of DPS by recombining the proteins and expressing them in E. coli was then measured. The results showed the unique catalytic role of DPS in spirosolane’s conversion into solanidane — proving DPS is the key enzyme responsible for this conversion.

The research showed how potatoes are able to produce α-solanine, due to the evolution of DPS, which is responsible for metabolically converting spirosolane.

It’s known tomatoes also have an enzyme for metabolizing spirosolanes. The bitter-tasting α-tomatine is found in unripe tomatoes but is metabolized into the tasteless, non-toxic esculeoside A as the fruits ripen, the release notes.

Potatoes have been labelled a potentially dangerous food because large concentrations of toxic α-solanine can cause food poisoning.Through these research results it’s hoped they can provide a basis for future potato varieties in which the biosynthesis of toxic compounds is suppressed by targeting the DPS gene.

The hope is that these research results can be used in potato breeding as a basis for suppressing the synthetization of poisonous compounds, the release notes.

A simple breeding experiment, combined with genetic analysis, can rapidly uncover genes that promote cooperation and higher yields of plant...

Nematodes and their Impact on Soil Health

Is your soil healthy? Maintaining healthy soil is key to the success of your farm, as it helps sustain a...

Scientists at Moscow University evaluated how composite gel-forming soil conditioners attract moisture depending on its activity and ambient temperature. To...

Plants use their epigenetic memories to adapt to climate change

Animals can adapt quickly to survive adverse environmental conditions. Evidence is mounting to show that plants can, too. A paper...