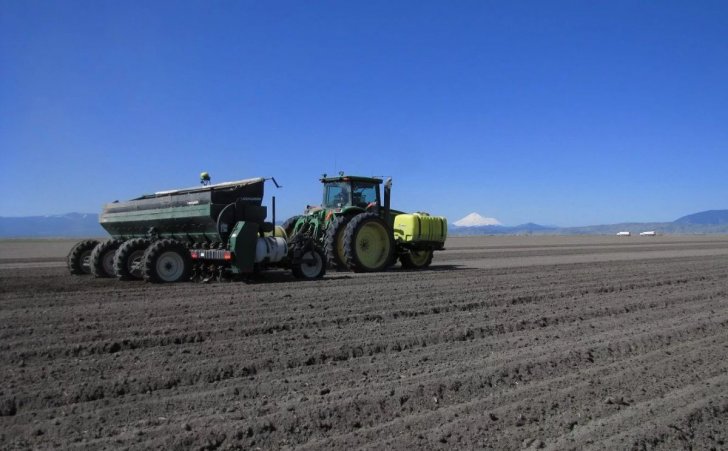 4.3k
SHARES
23.8k
VIEWS
Share on TwitterShare on linkedInShare on TelegramShare on Email

Farmers, fish advocates, tribes and government officials are headed to federal court in California on Wednesday (today) to argue who will get water — and when — in the Klamath Basin.

Federal dam operators are asking to open the irrigation season next week in lieu of holding back water to benefit fish.

In recent years, salmon in the Klamath River have suffered from high rates of disease. Warm water and low flows on the dam-controlled river helped a parasite ravage juvenile fish at rates far higher than federal protections allow.

Klamath coho salmon are listed as threatened under the Endangered Species Act. The biological opinion that governs how they are managed says disease rates cannot top 50 percent. But infection rates ballooned to more than 80 percent of fish in both 2014 and 2015. Local tribes blamed the Bureau of Reclamation, which is required to manage water in a way to keep disease rates in check.

Local tribes and fish advocates sued. In 2017, a judge ordered federal dam operators to hold back a large chunk of water in Upper Klamath Lake through late spring in case the parasite concentrations once again got too high and needed to be diluted downstream.

But that, along with requirements to keep a certain amount of water in Upper Klamath Lake to protect endangered sucker fish, means basin farmers can’t get irrigation water until early summer.

The fourth-generation Klamath Basin potato grower, who also manages the Cheyne Brothers’ potato seed farm in Malin, is estimating that the worst-case scenario caused by water unavailablity could mean significant losses for he and his family: 70 percent of both his fresh market seed potato operation and at least losing roughly the same percentage of volume in the packing shed at the Malin facility.

Early May is a good time to be planting seed potatoes, but without water certainty due to ongoing litigation and the drought, he and many others have to wait, weigh the impact of their decisions, and switch gears if needed.

“You can’t be planting potatoes and expect to have a commercial product if you plant it in June. Everyday that you delay planting.”

“You are pretty much ensuring you’re going to get a smaller crop. So it starts costing you dollars every day, and it’s pretty substantial.”

Being in the seed potato business, Fenters said he has to be one year ahead, and has to plant potatoes this year for next year’s crop.

“If I don’t plant those, people have to buy their seed (potatoes) elsewhere.”

“Everybody starts planting earlier than us because we are obviously higher in elevation and colder in climate.”

“Because of that, I don’t have anywhere else to sell seed potatoes after a certain point, because most other areas have planted. We’re one of the last to plant.”