in News, Europe
Reading Time: 2 mins read
A A 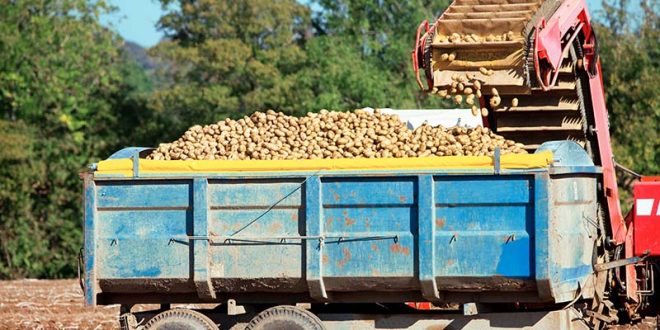 On account of the 2021 adverse growing conditions, across Europe, the first harvester liftings of maincrop indicate that yields are only going to be average at best, and wastage levels are likely to be higher than normal, according to the latest IFA report.

“End of season growth has not fully compensated for the slow start to the season. Lack of transport continues to impinge on export markets. In the UK, it is reported that lifting into the store has only just started in the true maincrop areas, including Lincolnshire and the Fens but also in Scotland,” Irish Farmers Association (IFA) experts added.

The report also notes that markets and consumption remain optimistic as consumers are back to work and school. Colder weather has also stabilized retail sales. Processing trade remains ‘stable and steady’.

“Liftings continue at pace around the country before wetter forecasted weather conditions set in. It is estimated that around 60% of crops remain to be lifted in Donegal. Reports from growers maintain that yields are average at best,” the IFA document states.

On October 1st, during National Potato Day, the Irish consumers were reminded to support local growers as part of a campaign. On this occasion, IFA President, Tim Cullinan, has called on consumers, retailers, and the foodservice sector to support the Irish potato growers.

“It’s a critical indigenous sector, worth EUR111m at the farm gate. 400 growers plant over 8,000 hectares annually. They supply high quality, nutritious produce to Irish consumers throughout the year,” he concluded.