in Smart, Irrigation technology
Reading Time: 15 mins read
A A 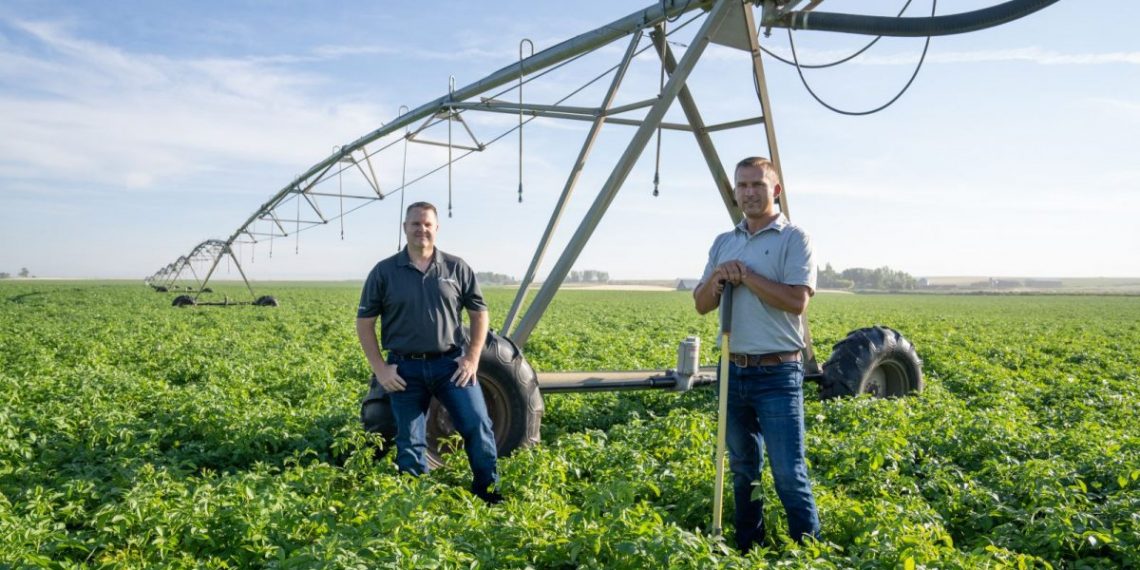 Instead of spending hours trudging through wheat, barley and potato fields hoping he gets a good idea of what overall field health looks like, drone eye takes a bird’s eye view, saving him time and boot tread. Aerial imagery aids diagnosis for Nielson, an agronomist for Walters Produce in Newdale, Idaho, making his scouting more efficient.

“In a year like this, imagery pays for itself in crop quality and crop health,” he says.

Nielsen relies on FarmShots, a satellite imagery platform that integrates scouting and variable rate prescriptions for farmers, agronomists and retailers. “We have center pivot irrigation on almost every acre, but we must be good stewards because the Northwest is in a major drought,” he says. “We’re trying not to over-irrigate, but we can’t afford to under-irrigate either. We’ve used FarmShots to try to find inconsistencies in our watering patterns.”

With center pivot irrigation, a partially plugged or incorrectly sized nozzle is detrimental, but those issues are hard to recognize from the ground before crop damage occurs. Using satellite imagery (in this case FarmShots), Nielson takes a daily look at how fields respond to irrigation and the toll taken by abiotic stressors. If the imagery starts showing stress in a circular pattern, for example, he knows to look closely at the irrigation system to find the source of the stress.

Management with a Bird’s-Eye View

Drones and satellite imagery are increasingly popular as farmers strive to be more sustainable and cost-efficient. Because these tools provide a whole-field perspective, they help guide management decisions that must be made at harvest.

“When you think about the size and scale of some of the farms we see today and how much physical scouting one person can do, drones and satellite imagery make it possible to manage the crop despite those limitations,” says Rob Austin, a precision agriculture specialist at North Carolina State University. “They can cover a lot more acres.”

As farms consolidate, Austin anticipates that the use of drones or satellites, and possibly the two synergistically, will only increase. (If you’re wondering if one or the other would be a better fit for your farm, see the side-by-side comparison at the end of this article.) Drones require more of a do-it-yourself approach than satellite imagery. Drones also have more restrictions and a greater learning curve. Austin warns potential operators to be sure to understand state and Federal Aviation Administration (FAA) requirements before investing in drone technology.

Know What to Expect with Satellites

Because satellite imagery isn’t a do-it-yourself tool, it’s important for users to understand their options. For FarmShots specifically, several different types of images are available.

“The satellites provide an aerial view of what’s happening on the ground,” says FarmShots product marketing manager Gina Sanson. “One of the most beneficial images is NDVI [normalized difference vegetation index]. It measures plant health by determining how much light a plant is absorbing versus how much it’s reflecting.

NDVI and other algorithms being applied to images mean you’re not simply relying on the naked eye to recognize color difference in fields, Nielson explains. This simplifies input decisions, harvest decisions and other plant health choices that may impact your bottom line each season. “You can look at an image with some of these algorithms and filter out the noise that comes from having bare dirt in the field like in the early season,” says Nielson. “This gives us a better idea of the actual plant health.”

Nielson participated in a pilot project in 2021 that evaluated the value of daily high-resolution imagery. “This year we’re getting an image every day,” he says. “Because FarmShots is getting photos processed and back to us quicker, it’s been very meaningful as we make decisions. That’s why we used FarmShots this year: They had faster turnaround time on images.”

Like the images created by drones and satellites, the future for this technology is clear, and only getting better. Whether in response to growing farm sizes, tight farm economics or the desire to be more sustainable, the use of an eye in the sky may help put money in your hand.

Use sprout inhibition yourself

Apply product when and where you need it at the optimum rate.From a rescue fungicide application to cover crop seeding,...

A good agronomist tends to end up being a precision or technology manager for the company. This makes sense because...