Deficiency of nutrients in the soil:
causes & consequences

in AGRONOMIC ARCHIVE
Reading Time: 13 mins read
A A 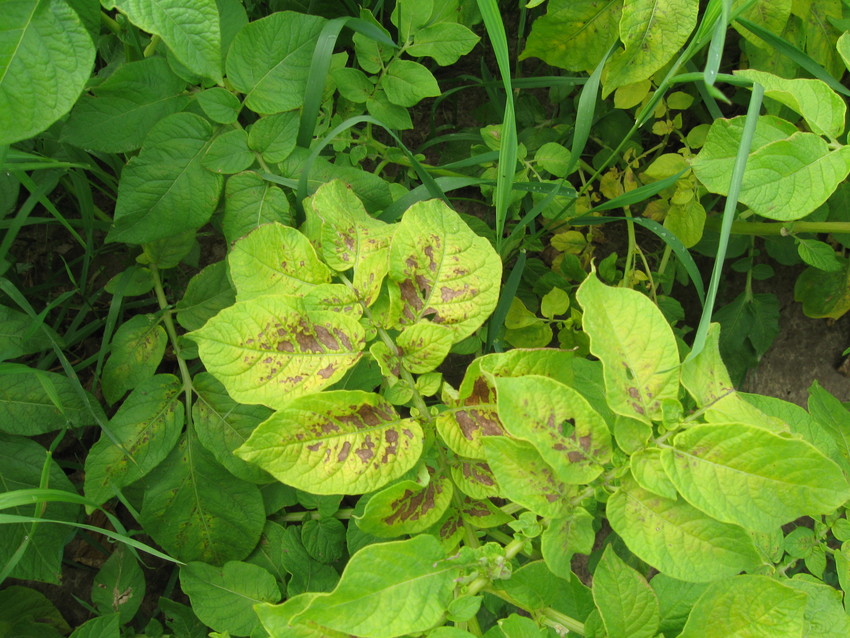 The results of the analysis of scientific data show that in the last decade a steady deficit of macro- and microelements in the soil has formed, due to their significant removal by agricultural  crops.

In order to clearly understand the reasons for the deficiency of elements in soils, one should first of all mention the theory, more precisely, how one or another element behaves in relation to a plant in the soil profile. It is well known that in the process of consuming a number of elements, the plant absorbs most of them from the soil. However, there is a small amount that comes from the air, as a result of photosynthesis and foliar application.

In particular, these are microelements, although foliar intakes rather play a preventive role and are not fully able to provide the plant with everything necessary in accordance with its need. Actually, the nutrients contained in the soil are components of its nutritional regime and a guarantee of fertility and productive microbiological activity. However, the ability of the soil to provide plants with nutrients depends not only on the actual availability of the latter, but also on their content, availability and the required number of plants.

At the same time, the balance of nutrients plays a significant role, which makes it possible to identify the shortcomings of the existing fertilizer system and determine the optimal doses and ratios of mineral fertilizers and nutrients contained in them. Its task is to improve soil fertility and provide a sufficient amount of nutrients in a form available to plants. The maximum yield will be formed only with a full combination of all the optimal factors and influences, among which the nutrition system occupies one of the leading roles.

So how do you figure out where to start in order to eliminate a deficiency or prevent nutritional deficiencies?

Definitely, the first step should be an agrochemical survey of the site that is planned for agro-industrial production. It is imperative to determine both mobile and gross forms of batteries. It should be noted that if a plant “experiences” a deficiency of one or another element, this does not mean that it is not in the soil. It may simply be in a form that the plant cannot absorb.

Soil supply with nutrients is affected by a number of important factors. How can they affect the deficiency of nutrients in the soil? First of all, nature matters, that is, the origin of these factors (natural or anthropogenic), because the digestibility of the element depends on this. And this must be taken into account when planning a fertilizer system, and all stages of plant growth and development should be taken into account.

The first determining factor is natural – it is temperature, humidity and light. Each component has a direct impact and determines whether the element enters the plant at all, or remains in an inaccessible form. It is with it that the transformation of the forms of elements in the soil (easily, hard-to-reach, soluble) and their mutual influence with each other, that is, synergism, antagonism or blocking, is directly related, provided that it is in excess.

For example, a high sodium content blocks the supply of calcium, magnesium, and potassium. A high degree of potassium absorption, in turn, reduces the level of calcium and magnesium intake into the plant, and calcium prevents the intake and absorption of phosphorus, magnesium, and iron. As for phosphorus, its excess absorbed amount will not “allow” the nitrate form of nitrogen, iron, zinc and copper into the plant.

All external factors can affect the mobility and efficiency of assimilation of elements by plants. To achieve the expected result (high yield), a sufficient amount of fertilizer should be applied. However, the application must be clearly justified and planned, otherwise the neglect of this requirement will lead to changes in the optimal balance of nutrients in the soil, and then their deficiency will provoke a violation of the growth and development of plants.

Therefore, it is important to keep constant control over the content of nutrients both in the soil and in the plant, taking into account soil acidity, particle size distribution and buffering capacity, and then – the availability or mobility of elements in the plant. The functions of each battery have their own characteristics depending on the crop, soil type and climatic zone,

All elements have such a property as the ability to recycle, that is, to be reused.

Most of them can be reused by the plant when they are deficient in the soil, especially when there is drought or the plant’s weak root system. Usually nitrogen, phosphorus, potassium, magnesium and iron behave this way. If necessary, young plant tissues seem to “attract” them towards themselves, which is why visual signs of a lack of these elements are most often observed on old leaves, from where young leaves pull them towards themselves. Because these elements are mobile.

Copper, zinc, sulfur and molybdenum are usually limited in reuse, they have the effect of partial recycling. Therefore, their deficiency is difficult to identify and diagnose. Finally, elements that are not recyclable at all (non-mobile) are boron, calcium and manganese, and their deficiency is visualized mainly on the tops of plants, young leaves and tissues. Their deficiency can provoke the death of embryonic buds, young seedlings and cracking of fruits and root crops. Knowledge of such properties is quite important for an agronomist in determining the deficiency of one or another macro- and microelement not only in the soil, but also in the plant.

In recent years, the practice of planning an effective nutrition system has been spreading.,

which is based not only on the introduction of macroelements, but also takes into account the necessary norms of micro- and mesoelements, which have no less impact on the formation of the crop. More precisely, without them, it is impossible to fully form a sufficiently high and high-quality crop. However, the use of only traditional methods of soil analysis is not able to fully correct the nutritional regime of a plant, since it depends on the development phase, species and variety, soil and air moisture and temperature, solar insolation, and other factors that we discussed above.

Therefore, it is logical that it is possible to achieve the optimal level of providing the plant with all the necessary elements only if a balanced and integrated approach to planning the nutrition system with mandatory adjustment at a certain stage of growth and development is possible. If soil diagnostics are not carried out in time or if the nutrition system is not adjusted, the deficiency will definitely affect the plant, its growth, development and productivity. Here one should not miss and include plant diagnostics in the technology.

The simplest, fastest and cheapest, or rather, practically free, is the visual assessment method. That is, the identification of external changes in the plant of violations of nutrition processes. This can be indicated by a change in leaf color, growth inhibition, loss of turgor, drying and curling of the leaves, and many external signs. However, this will not give us information about what and how much is missing. Another option is chemical laboratory diagnostics of tissues or leaves.

Yes, it can be used to determine the chemical composition of a plant, however, it will not give knowledge about the lack of one or another element and will not show the magnitude of the excess. The amount of nutrients absorbed by plants does not always reflect the real need for them. The processes of absorption and assimilation of elements depend on synergetic and antagonistic interactions between them.

At the same time, visual diagnostics of plants is the most common research method, since it does not depend on special equipment, but requires a lot of practical experience. Although there are many atlases of external signs on plants showing a lack of certain elements, which to some extent reflect the lack or excess of one or another element, however, its manifestation in real conditions may differ from the image.

But the general features are still taken into account and visualized. For example, those elements that are capable of reutilization (nitrogen, phosphorus, potassium, magnesium), with insufficient amounts in the soil, move to the point of plant growth, provoking a deficiency in its lower tiers. The opposite effect is observed when there is a lack of calcium, sulfur, iron,

Quite deceptive in appearance chlorosis. Since with a lack of iron they appear mainly on the upper, lower organs of the plant, and with a lack of nitrogen – on the lower tier. Browning due to a lack of potassium quite often provokes the death of tissues along the edges of the leaf (marginal burn) and manifests itself mainly on older leaves, while a lack of calcium has similar symptoms – but on young ones.

Nature has one feature: the more you take from it, the more you need to return. So it is with the soil – the larger the crop formed the crop, the poorer the soil became and the more it needs to be returned to it. To avoid a shortage of nutrients even at the seeding stage, one should clearly plan when and what to apply, because even an increase in the amount of fertilizer does not completely compensate for the lack of one or another element.

An analysis of the current state, formed with the balance of nutrients and humus in the soils of agricultural use, showed that the formation of crop yields to a large extent occurs by spending the available potential of soil fertility.

The FAO Food Price Index reaches a 10-year high in 2021, despite a small December decline

The FAO Food Price Index reaches a 10-year high in 2021, despite a small December decline