It’s hard to fault Chinese President Xi Jinping for basing a plan to end poverty on the potato. After all, potatoes are pretty magical, able to be transformed into things as different and tasty as french fries, roasted potatoes, or gnocchi, but that’s just the beginning. Potatoes grow so well and are so filling that historians actually credit their introduction from South America for essentially ending mass hunger in Europe as per The Smithsonian. To this day its importance in nutrition and human survival is testified to by its status as the fourth most important staple crop in the world, behind only corn, rice, and wheat, reports Crop Life.

The basis for potatoes’ status as a great reliever of hunger and poverty is due to their impressive nutritional value. According to BBC Travel potatoes are unmatched in the density and variety of vitamins they contain, making it possible for poor farmers to survive off of potatoes in a way no other crop can match. That is a big part of the reason they became such an essential part of European cuisine, from Ireland to Germany. Unfortunately, potatoes’ great nutritional properties aren’t the basis for Xi Jinping’s claims about poverty and China. 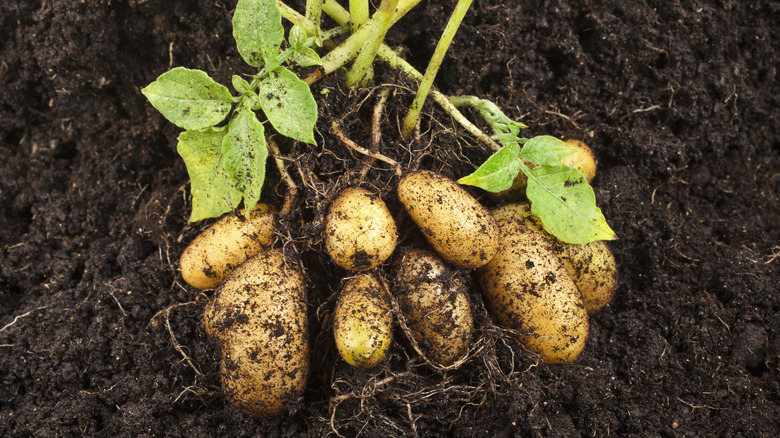 Potatoes may be miraculous, but even taking their impressive past into account President Xi’s recent claims are pretty huge. As the BBC reports, Chinese state media is claiming an “almost miraculous,” improvement in poverty after the President suggested the villagers plant a different, smaller, type of potato, which sells at a higher price. China is touting the success of the program and playing up Xi Jinping’s role in originating the idea, all while investing money to help transition crop production to the potatoes they claim have brought this new prosperity.

Just make sure you take your fries with a healthy sprinkling of salt because as the BBC report also notes, there are people who would question whether reports of ending extreme poverty in China are true. China is still dealing with pandemic-related food shortages, while recent trends suggest many young Chinese are losing interest in farming and fleeing to the city. Still, however, you take President Xi’s claims there is no doubting China’s commitment to the potato as the Food and Agriculture Organization shows China is the world’s largest producer of spuds. Who knows what kind of future potatoes will bring to China, but there does not seem like much of a downside to a world with more mashed potatoes in it.

French fry growers are raising their contract prices for growing potatoes by 30-40 percent compared to last year. Next season,...

Frito-Lay today announced the near completion of its Modesto, California, facility’s transformation into a first-of-its-kind showcase for sustainable manufacturing, warehousing, and distribution technologies....

Restrain will be exhibiting at the Manitoba Potato Production Days Conference & Trade Show in Canada. Restrain’s expert team is ready to answer...