in Europe
Reading Time: 3 mins read
A A 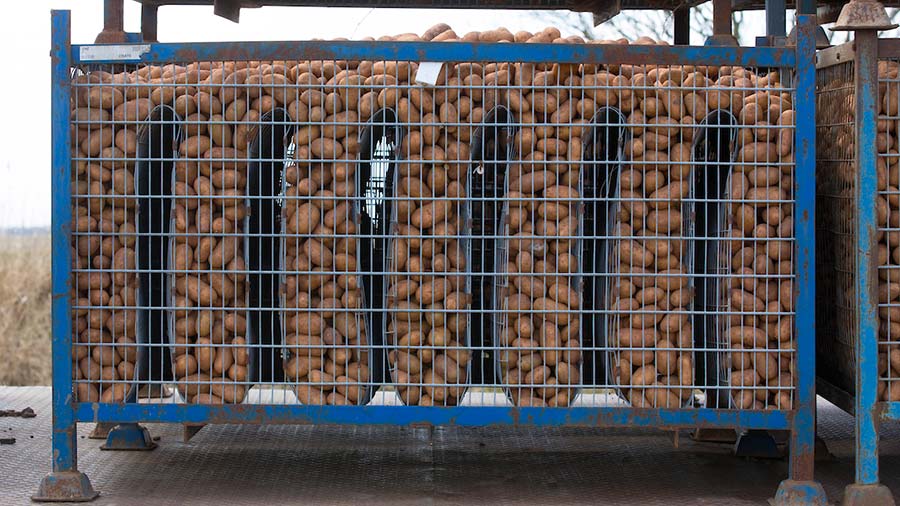 4.4k
SHARES
24.6k
VIEWS
Share on TwitterShare on linkedInShare on TelegramShare on Email

Seed potatoes growers say they are being treated like pawns in a political game with £13.5m of exports in doubt after the end of the Brexit transition period. Growers have been working hard to export this year’s seed potato crop to mainland Europe before the transition period ends on 31 December.

As an EU member state, the UK has exported 30,000t of British seed potatoes worth some £13.5m to mainland Europe each winter. But ongoing trade is unlikely because the EU has refused to grant the UK Third Country status for seed potatoes – a status vital for shipments to continue. Shipments from Great Britain to Northern Ireland are also in doubt because of the land border with Ireland. Dundee grower Andrew Skea runs seed potato business Skea Organics from his farm at East Mains Farm, Auchterhouse.

The company is a leading supplier of organic seed potatoes to farmers throughout the UK and Europe, as well as further afield. About 45% of Mr Skea’s sales go to Europe – although the biggest markets are in North Africa, with Egypt the biggest by far. Mr Skea, who also chairs the British Potato Trade Association’s Brexit committee, said it had taken him up to 20 years to build his business to what it is today.

He said he had been exporting seed potatoes like mad for the last two months – getting this year’s supplies to Germany, Ireland, France and Sweden.

“Basically, the market closes for us in a week’s time,” Mr Skea told BBC Radio 5 Live. He added: “Hopefully, some heads will get banged together and it will get sorted out – we’ve no idea if it will take a few weeks, months or years. “Surely it will be sorted out.” A lack of government assurance that UK growers will continue to follow EU standards may be holding up an agreement on seed potatoes, suggested Mr Skea.

“The soil that we grow seed potatoes in has to be tested for various diseases before planting,” he said. “And the crop gets inspected in various ways during the growing season and then there are further inspections prior to dispatch. “So there’s lots of regulation to try and minimise disease. It’s a highly technical industry.”

Mr Skea said he was “pretty depressed” that his business was being taken away from him for no reason. “It feels like we are a pawn in a political game.”

Belgium wants to get rid of Dutch seed potatoes

Belgium wants to get rid of Dutch seed potatoes