in Company history
Reading Time: 4 mins read
A A 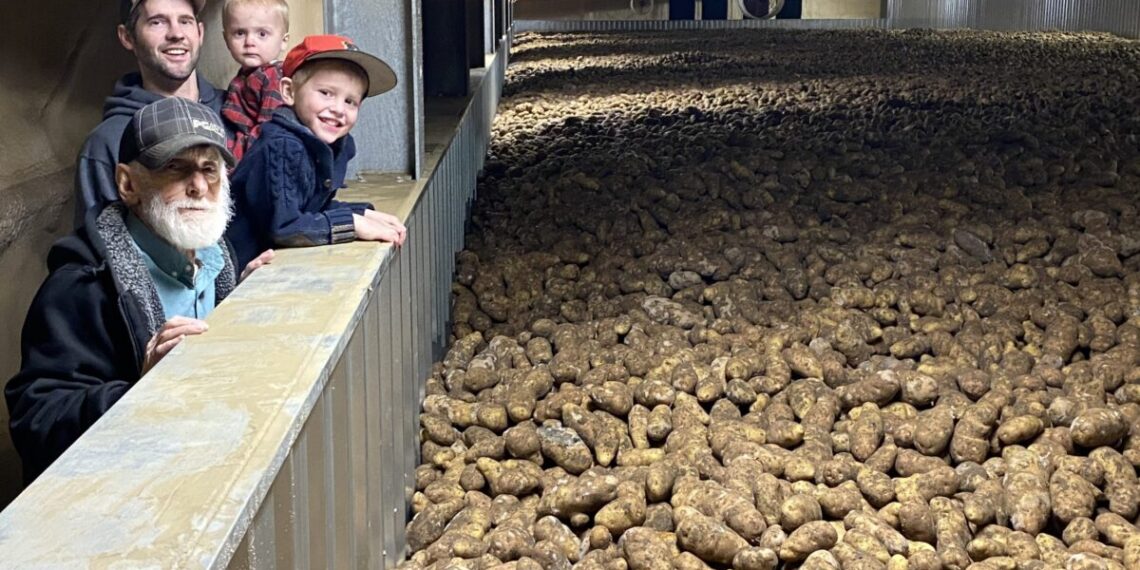 Brent Bydevaate has taken over the family potato farm and is now running it himself.

Growing up Brent Bydevaate always knew what he wanted to do — farm. He grew up working on the family farm, Bydevaate Produce in Taber, Alta., with his father Casey and brother Joel.

“I fell in love with the lifestyle and the livelihood. I like the challenge of being your own boss and directing your energy wherever needed to improve the operation at any given time. It was something I knew I wanted to do as a young child,” Brent says in a phone interview.

His parents Casey and Jane encouraged him to look beyond the farm after high school. He could return if he chose to, but they wanted him to have off-farm experience just in case things didn’t work out on the farm. Brent got his license for heavy duty mechanics and worked at an agriculture dealership long enough to get his trade ticket before returning to the family farm.

The History of Bydevaate Produce

Bydevaate Produce was founded by Casey who immigrated to Canada from Holland in the 1970s. He had been renting land in Holland and wanted the chance to own his own farm, so he moved to Canada. When he first arrived, he worked on a potato farm in the Alliston, Ont. area before moving out to Alberta where he continued working as a farmhand.

In the mid 1970s he bought his first farm in Grassy Lake, Alta. where he started farming potatoes. In the mid-1980s he moved to Taber, Alta., the family owned the Tabor farm until 2020. They had moved to Vauxhall, Alta. about 20 years ago as there were more opportunities for growing potatoes if they were located closer to processors.

Bydevaate Farms JV now grows 800 acres of processing potatoes for McCain Foods, Cavendish Farms and Lamb Weston, 450 acres of seed canola and a mix of other grain crops, all on irrigated land. In 2012, Brent returned to work on the family farm. Brent, Casey and Joel started the farm transition process, sadly though Joel later passed away in a farming accident.

“It was very important (to Casey) to have his children that were going to take over the farm, be experienced running the operation early. He had seen farms where the parents would not give up control early enough,” Brent explains. “He wanted us to be very much in say of what was going on with the business and why we were doing things at a very early age.”

Taking Over the Farm

Casey has slowly eased his way into retirement as Brent has taken over full farming operations. With Brent farming the land now, he’s paid management fees for working Casey’s land. However, his father isn’t completely out of the game and is still interested in what’s happening on the farm.

“He’s very passionate about farming. So, he’s still really likes to see what’s going on, he always comes by to visit, he gets parts. He’s a very good advisor for me too,” Brent adds.