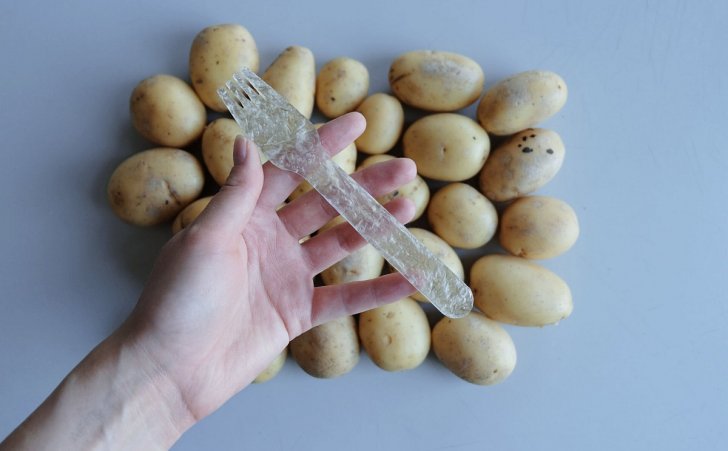 Many of the 20 contenders for this year’s prestigious global design competition focus on ways to create a more sustainable future.

Cutlery made from potato peelings and a robotic cleaner that can tackle pollution in rivers, lakes and canals are among the groundbreaking international designs shortlisted for the prestigious annual James Dyson award.

Over half the world’s population currently live in cities, according to the United Nations – a proportion expected to rise to seven in 10 people by 2050 – and the projects share a common theme of aiming to redefine urban living through technology to create a more sustainable future.

The 20 shortlisted designs have been whittled down from 81 national winners and finalists, with the overall winner of the international prize to be announced in November.

“The breadth and ambition of the entries we have seen this year is outstanding.”

“Young engineers are restless in the face of global issues and they see technology as a catalyst for creating a better future.”

“They demonstrate how simple, ingenious concepts have the power to revolutionise the way people live.”

In his quest to find an alternative to single-use plastics, Swedish student Pontus Törnqvist from Lund University devised Potato Plastic, a biodegradable material made of potato starch. It can be used to make anything from straws to cutlery, and will turn into compost just two months after use.

Water leakage and pressure on clean drinking water supplies are a huge global problem, with 3.1bn litres of water wasted in the UK alone every day, in part due to inefficient conventional water management systems.

A possible solution is Lighthouse, a robotic pipe cleaner that identifies leaks before they impact on water infrastructure. It is the brainchild of Dr You Wu, a recent doctoral graduate of the Massachusetts Institute of Technology.

You Wu, a recent doctoral graduate of the Massachusetts Institute of Technology:

“When I grew up in China, my community had one day without power and another day without water every single week.”

“The city regulated the supply to all communities to lower the burden on the power grid and water system.”

“When I learned that every day 20% of clean water in the world is lost due to leaks, while we were making a sacrifice to conserve water, I thought this was wrong and I needed to change it.”

Also shortlisted is the Orca water-cleaning robot – designed by students Jiannan Zhu, Yuwei Cheng and Zhe Wang from Northwestern Polytechnical University in Xi’an, China – which could tidy up polluted city lakes, rivers and canals. It has the potential to clean an entire lake up to seven times faster than a manual equivalent and at a much-reduced cost.

This year’s UK winner was an urban “spinning” turbine that can capture wind travelling in any direction and is suitable for city apartments, designed by two MSc students at Lancaster University.

Other projects harness new technology to help advances in medicine and healthcare. They include Opod, a skin prick test without needles and Medmo, a smart system for measuring and monitoring patient fluids.

The award now operates in 27 countries, and is open to university-level students and recent graduates studying product design, industrial design and engineering.