in News, The technology of processing potatoes
Reading Time: 2 mins read
A A 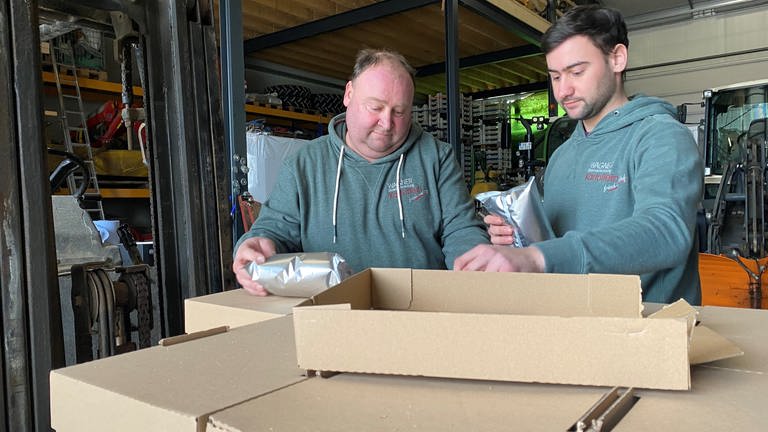 Farmer Anton Wagner from Ellwangen-Neunheim was left sitting on tons of colorful potatoes last year. Then he had chips made of it – with unexpected success.

At Wagners, potatoes look different – purple, red, blue and, of course, yellow. The potato farmers from Ellwangen (Ostalbkreis) grow more than 40 different varieties. Usually, farmer Anton Wagner sells his colorful and also more expensive tubers to the gastronomy as well as to folk festivals. But at the beginning of the pandemic, he remained sitting on it, because everything was canceled.

After the farmer’s cows had had enough of the potatoes at some point, around 60 tons of the crops ended up in the biogas plant. That hurt, Wagner recalls. After all, they took care of the tubers for a year.

Chip bag instead of biogas plant

But necessity is inventive: the whole family thought about how to recycle the potatoes the following year. Thus, fresh goods turned into fried goods. The Wagners simply had potato chips made from the remaining tubers. In Bielefeld they found a company that also “chipped” smaller quantities. In the beginning there were ten thousand packs. “But they were gone in no time,” said Anton Wagner.

With their idea, the Wagner family also took second place in the Agricultural Award for Entrepreneurial Investments (LUI) from the Bund Badischer Landjugend. Even if inns are open again and folk festivals are to take place this year, this is no reason for Anton Wagner to stop. He has now increased his cultivation of blue potatoes fivefold. Every two months, four tons of potatoes go to the north to arrive back in Ellwangen-Neunheim as 15 pallets of chips.

High rating. The new PhosAgro plant in Volkhov was evaluated by the Ministry of Economic Development of the Russian Federation