in Company history
Reading Time: 3 mins read
A A 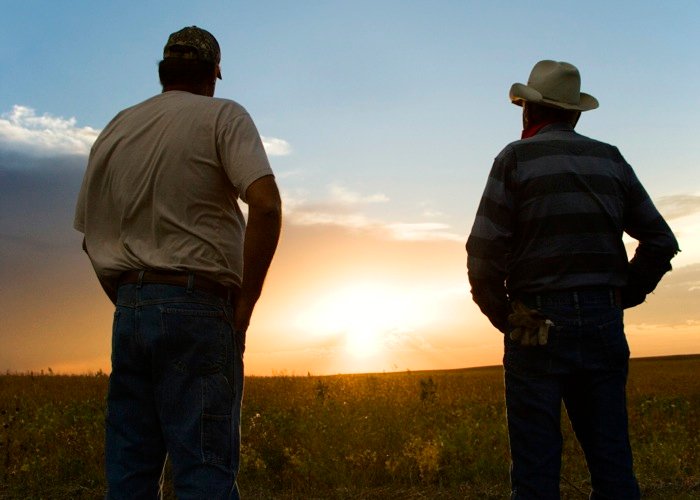 For decades, fifth-generation farmer Andrew Cummings’ family had worked the land on their family farm near Johnville, N.B. Andrew had started farming himself when he was young and over the years had dreamed of expanding the farm, but land wasn’t available in the area — in 2016, that changed. “I had an opportunity to buy another farm. It’s almost 40 miles away from where I grew up. I ended up selling my home farm and moving,” Andrew says in a phone interview.

He had been running late to a grower meeting for McCain Foods when he got talking to another grower who was also running late. The man mentioned he was looking to retire, one thing led to another, and a few nights later the two met. A plan was quickly made for Andrew to buy the retiring growers’ farm in Bloomfield, N.B.

That wasn’t the only farm Andrew bought. He also bought a neighbouring farm, and in the end, was able to double his potato acreage and triple his contract volume with McCain Foods. Some changes had to be made though. On his old farm he had raised beef cattle, but the new farms didn’t have the infrastructure for livestock, so the cows were sold.

“I’ve moved to an area with better-quality topsoil than I had where I grew up. The ground is better, and I do have a neighbour here that is a large dairy farmer. I swap ground with them,” he explains. Andrew now plants 450 to 500 acres of dryland potatoes annually with rotation crops of soybeans, wheat and hay. He mainly plants processing potatoes for McCain Foods, but he also grows his own Russet Burbank seed.

“We grow between two and three different varieties depending on the year — the Russet Burbank being like 85 per cent of what we grow. So, we grow that seed but if we grow Shepody’s or Innovators or something else that (McCain) wants us to try, we buy that usually from them,” he adds. His father James was the one who started growing seed on the farm. At the time, Andrew had just joined the farm full time and James saw there was opportunity for them to expand their production into seed growing.

“Other people were doing it at the time and he kind of picked up on it, and he felt I was eager enough to grow potatoes to get started,” Andrew says.

Andrew’s father is retired, but still helps on the farm at times. His son Evan attends the University of New Brunswick working summers on the farm, while his wife Dale has a job off the farm but does the farm’s bookwork also. His daughter Claire, who’s in high school, helps during planting and harvest on the farm. They hire four to five seasonal workers during the growing season, with 15 hired for harvest.

During the winters when field work slows, they cut wood for a softwood lumber mill. “We also have a lot of wood, it’s not a big business for us but we’ve always cut a little bit of wood every winter,” Andrew adds. “We’re not a producer or anything, just gives us something to do to keep a couple of us busy.”

Related Articles A Potato Farmer with No Land