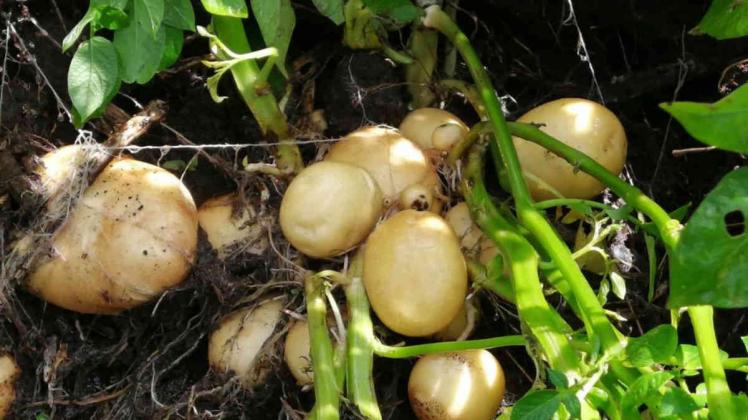 Costa Rican farmers have a new potato variety, dubbed “Palmira”, which has optimal characteristics for the market

This was announced by agriculture and livestock minister Renato Alvarado on Wednesday in conjunction with agricultural hierarchies through a facebook account broadcast by the ministry.

The clone of this material arrived in the country in 2011, coming from the International Potato Center (CIP), located in Lima, Peru, as part of a collection of 37 materials, with tolerance to high temperatures. It was then tested differently by INTA to finally release the cultivar “Palmira”.

Arturo Solórzano, director of INTA, explained that in Costa Rica the variety has responded very well. “It has stable yields, both in dry and rainy season, producing almost 33 tons per hectare, equivalent to 700 or 1000 grams per plant,” he said.

He added that the product adapts very well to dry and hot weather conditions. “Its shape is rounded, white-cream shell and cream-colored pulp and because it has less water content, it is particularly special for the industry,” the researcher said.

“This new material is made available to the paper sector, after several years of research and testing carried out by INTA professionals, with the support of the MAG and several entities, in order to contribute and improve the competitiveness of a sector that generates economy in many rural communities,” Minister Alvarado Rivera said.

Research. The first validation plots made in our country, with the participation of producers, were carried out in 2017 in the town of Palmira, canton of Zarcero, — one of the main districts of the Western Central Region dedicated to potato cultivation–.

And this year, the largest commercial production of the clone was made in that same locality, so it was named after him.

Jorge Mora, in charge of the research, stated that the new tuber already has the respective certification authorizing the marketing of the seed, by the National Seed Office and is already available to interested persons.

“It is not prone to overturning, highly resistant to late blyze (Phytophthora infestans), to problems of the mining fly (Liriomyza sp.) and has high resistance to the Y virus. In addition, it shows good tuber health and is less affected by Rhizoctonia sp. compared to commercial materials such as Granola and Floresta,” he added.

As Palmira is a variety released by INTA, it is free to use, and is available to all producers who so desire. People interested in obtaining this variety for commercial production can contact the phone 2530-1224, of the Carlos Durán Experimental Station in Potrero Cerrado, Carthage.