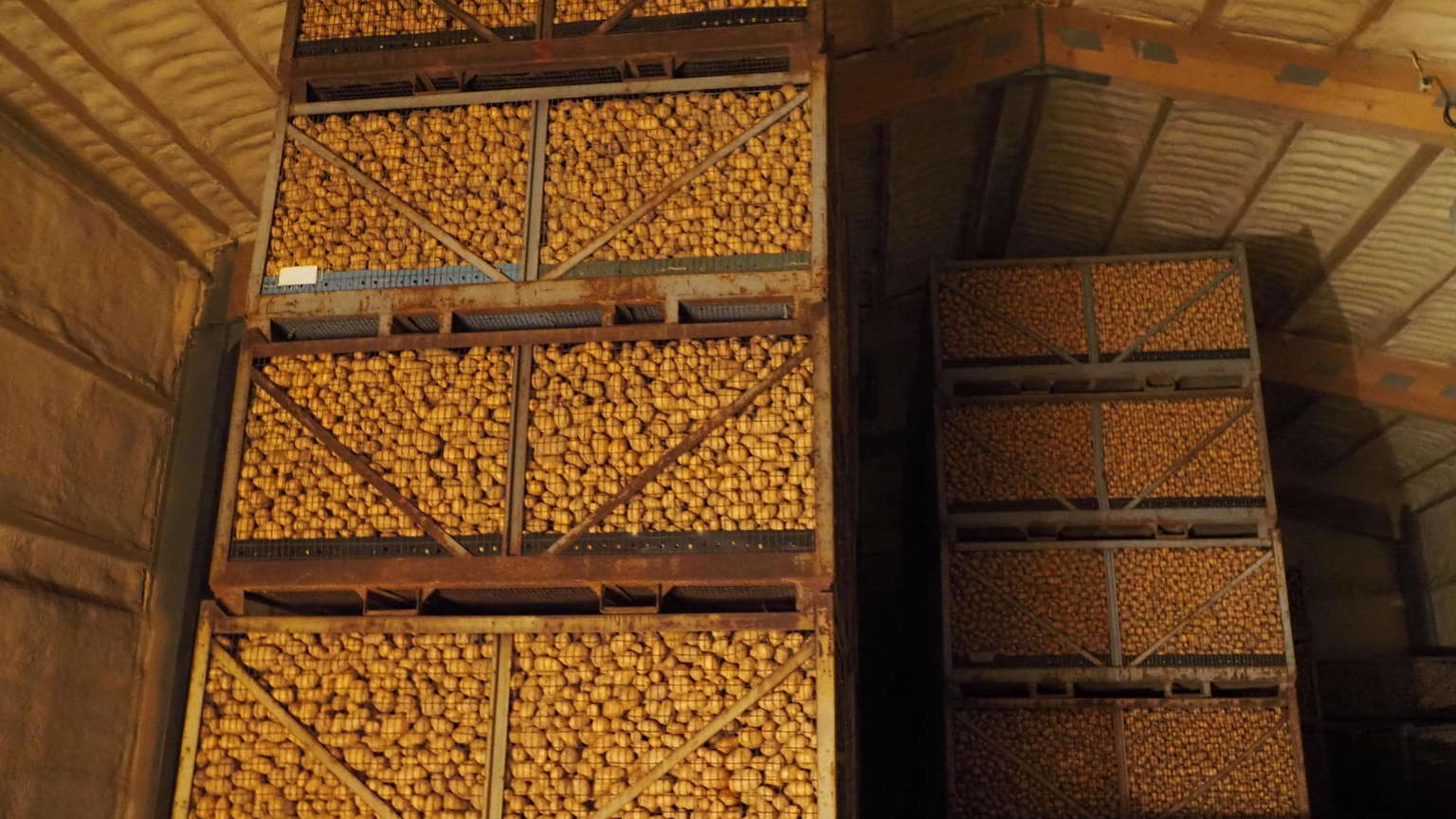 “You can humidify and disinfect a potato storage warehouse’s air using just water and UV. No chemicals,” says Jef Viaene of Jebe, a Humigator DFS dealership. “You’ll have two to ten percent higher yields. The potatoes will be disease-free and can be stored for a long time. Without using germination inhibitors. The Humigator is a world first.” The machine was developed in Idaho, America’s Potato State. It’s been available in Europe since the beginning of this year.

“The Humigator purifies all the air in the warehouse every 30 mins. It does so by sucking in the storage area’s air and mixing it with atomized water. Using pressure changes, the water particles move at high speed. They capture all bacteria, viruses, and pathogens in the air. The dirty water is separated from the cleaned air and is discharged. The clean, humid air is blown back into the warehouse. And that completes the circle. This system continuously removes bacteria, viruses, and fungi from the air. So, these germs can’t grow any further.”

“Blight and silver scurf under control”
“Potatoes can be stored for up to 12 months. That’s because the storage unit’s humidity levels are kept constant. You no longer have to use chemicals and germ inhibitors either. The bacteria and fungi are removed from the air. One of the Humigator’s most important applications is to suppress potato blight and silver scurf,” says Jef.

“That drastically reduces the amount of discarded potatoes. It also ensures that good-quality potatoes reach the store shelves. In the United States, the Humigator is already an unprecedented success. And, according to users, the cost price is recouped after only about two years.”

95 to 98% humidity
The Humigator blows out air with humidity levels of 95 to 98%. The machine also ensures a stable temperature. “These factors mean there’s little germination. The potatoes are comfortable and don’t lose any weight. Even when stored for longer than eight months”, adds Vianene.

“Humigators have been laboratory-tested. They’ve also been used successfully in potato warehouses without ventilation structures and other areas that need to be humidified. The machine’s very easy to operate too and only needs electricity and water. The Humigator requires very little maintenance and can be easily installed in any potato store.”

From 500 to 50,000 tons
The Humigator is available in both automated and manual versions. It also comes in various models. “The smallest model starts with a storage capacity of up to 500 tons. The largest can be used for up to 50,000 tons of potatoes. The Humigator can be used for more than ware potato storage. It’s suitable for organic and seed potatoes storage too,” concludes Jef.

“Chipsihalle”: The cause of the fire has been determined