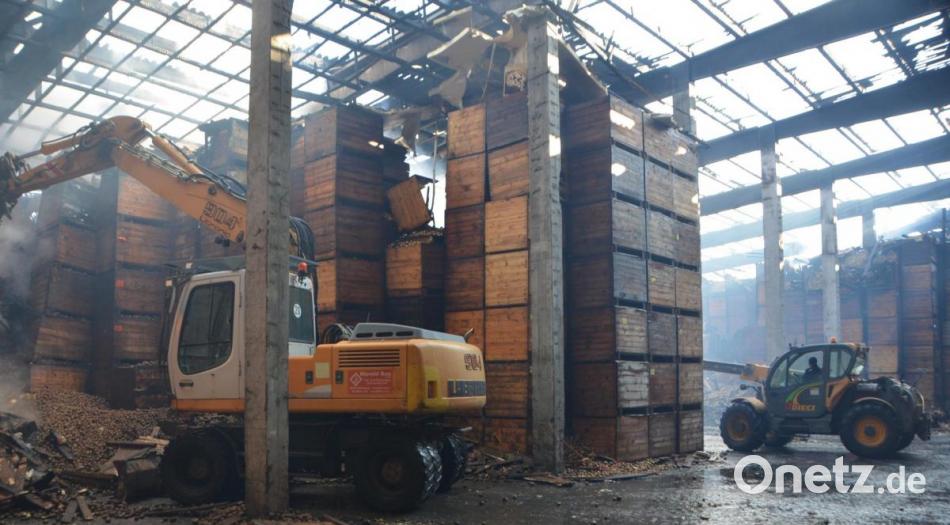 The potato farmers of the producers’ cooperative do not have an easy task: the tubers that have been cultivated and harvested with great effort now have to be disposed of with a lot of effort after the fire. The cause of the fire is now clear.

The cause of the major fire has now been clarified: According to the fire insurance expert, who was on site on Wednesday afternoon in the presence of the investigating police from Vohenstrauss and the criminal police from Weiden, a technical defect in the hot fogging device is the reason for the devastating major fire at the “Chipsihalle” of the producers’ cooperative Eslarn. Human error could be ruled out definitely and beyond any doubt, according to the police report of the Vohenstrauss officials.

The total amount of damage has now been increased to up to four million euros after the investigation and the newly gained knowledge. The value of the now unusable potatoes alone is around one million. In addition, there is the damage to the wooden storage boxes, the building and the around 100-kilowatt-peak photovoltaic system that was destroyed and damaged by the fire. The chairman of the producers’ cooperative, Markus Stahl, was relieved, despite the damage, that no human fault could be the cause of the fire.

This hot fogging device or steaming machine is a device through which a means for curbing potato germination is sprayed in a mist-like manner. The device and the associated resources are made available to the cooperative by the contracting company Lorenz Snack-World from Neunburg vorm Wald in order to keep the soil bulbs for a longer period of time in compliance with quality standards. Only when the potatoes are requested by the processing company, the short transport to Neunburg is due. Until then, the harvests remain in the storage depots of the respective cooperatives.

According to the current status, the damaged potatoes will be examined in a timely manner according to food technology and then assigned to three categories, Stahl reported. According to this, some of the tubers could either migrate to biogas plants or be composted. The completely unusable potatoes go to the waste incineration plant with a heavy heart. A final decision will only be made after about two weeks, when the cooperative is informed of the results of the investigation, Stahl made clear. “It took six weeks to bring in the harvest, so it doesn’t go from one hour to the next until the halls are cleared.”

Even if everything is done to act as quickly as possible to stop the smoke development. According to the goals of the potato farmers, this work should be completed this Thursday together with the special demolition company Hierold from Moosbach with the help of heavy equipment. Only then could the fire brigade finally be withdrawn, for which this mission was very time-consuming and labor-intensive after the fire on Monday morning and who have since kept fire watch around the clock in three shifts. The “Chipsihalle”, which is a good 2300 square meters in size, is made up of a 44 by 36 meter crate warehouse and the later attached bulk storage depot with 44 by 17 meters.

The producers’ cooperative, which was founded in 1969, still has 44 members, of which currently 24 farmers are still cultivating potatoes in order to secure the required contract volume for the processing of snack products. 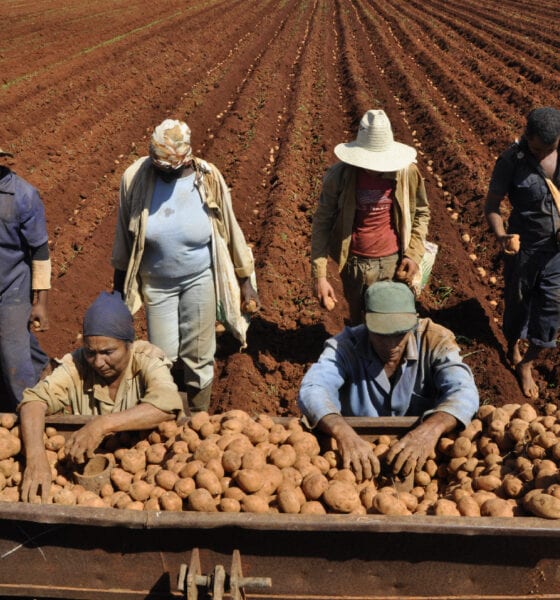 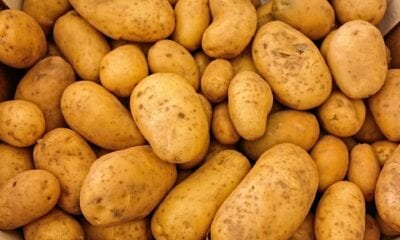