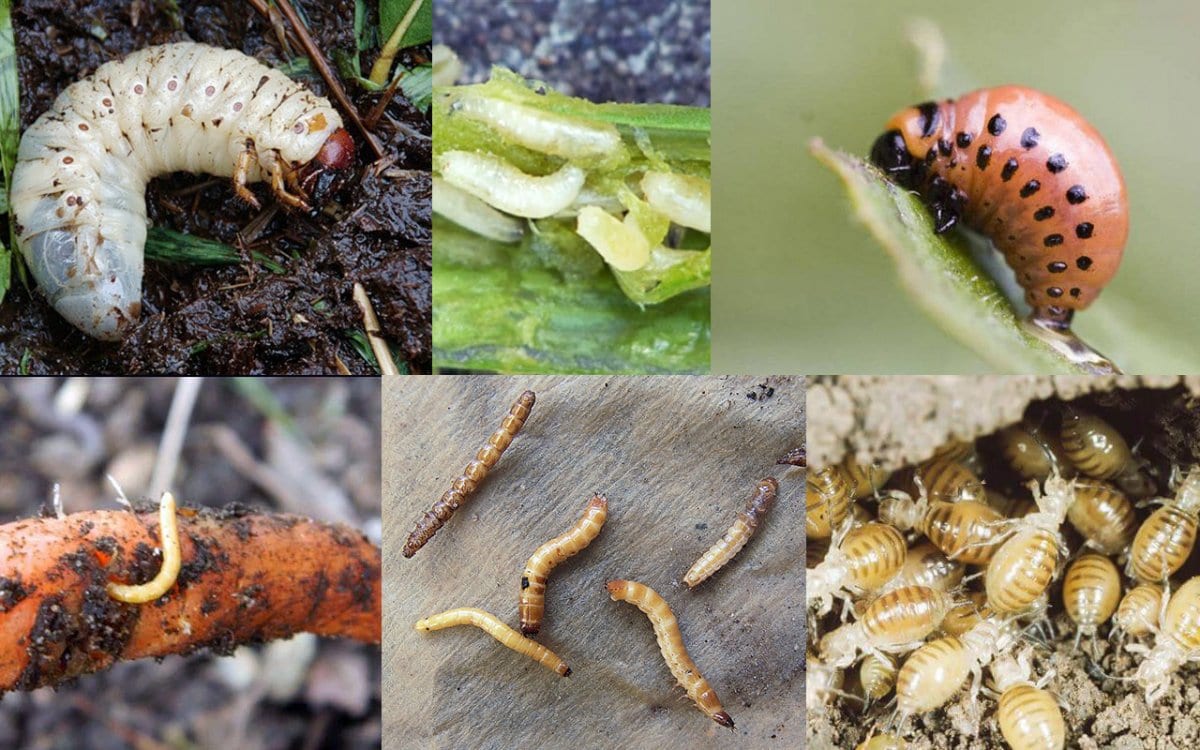 Damage caused by ride needles has become more and more common in recent years. On the one hand, potato growers are facing the elimination of a number of chemicals. On the other hand, the problems grow due to soil insects. In more and more crops we see plant loss or damage to the harvest. Grass-underseed in maize also increases the likelihood of egg sales from the clipping. This was a reason for Syngenta to take a closer look at the larva of kniptor.

Ritne needles or copper worms are the larvae of the kniptor. Clippings belong to the Elateridae beetle family. There are different types of cutting torrens and therefore also ride needles. There are many native cutting torrens, only a few of which are harmful to agriculture and horticulture. Damage is mainly caused by three types: Agriotes lineatus and Agriotes obscurus and Agriotes sputator.
The clipping to the eggs is deposited in crops where the soil under the crop remains easily moist. Preferably in cereals or grass seed. But also field edges, ditch edges or a place with weeds in a plot can be considered suitable for this. The 1E years after the eggs hatch, the damage of the larvae will be not so bad. They are still too small and usually have enough fresh root material available to be stored. With rising ground temperatures in the spring, the ride needles in the 2E active year and cause damage. Ritne needles cause voracious damage to the roots and plant material. They also make holes in the potato tubers. In a plot, there may be multiple cycles that run through each other. During this long development phase (rite needles live in the soil for up to 5 years before they become beetles again) various crops are affected such as potatoes, corn, grass, cereals, onion and other vegetable crops.
As already mentioned, the larvae of the kniptor have a development cycle of 5 years as a ritned under the ground. The ritned of the ride pupae pops up in the summer and then emerges in the next spring as an adult beetle, ready to drop eggs again. The long presence of ride needles in the ground therefore makes a good approach to the problem necessary. Remember that the deterioration can also come from field edges or weeds and not only from the plot with the crop.

If we look specifically at potatoes, we see a narrowing of the package of plant protection products for control rite needles. But there are still good ways to protect the harvest. The following points are important for addressing ride needles:

1. Monitoring of the kniptor population has our attention. For an integrated approach to ride needles, cutting torren monitoring in cereals and grass seed provides the best information on which beetles are present in the Netherlands at all. Only then can a targeted fight against the problem be determined. Is there a shift within the population or are we still dealing with the ‘ancient’ native species? Or do we also have species that can complete the cycle in three rather than five years? Clipping musters are normally lured with pheromone traps. By using different pheromones we can get a picture of the species that are found in the Netherlands. In recent years we have seen a new species of kniptor advancing towards the north of Europe. Agriotes sordidus has a shorter lifecy loop and therefore a greater damage potential.

2. Syngenta invests year after year in practical trials, where we focus on the administration of granules. It’s all about optimal distribution of the right drug. We have seen that a good distribution of the granules gives the best result. The ride needle must come into contact with the granules. This happens when the product is well distributed in the potato back. An optimal application leads to a better result.
Always use properly tuned scattering equipment, so that you sprinkle the right amount per hectare. For Nemathorin, therefore, all litter tables for the various granule spreaders have been developed and laid down. Especially on problem plots it is advisable to be alert. Not only in terms of the approach of ride needles,but also for the approach of various nals. Nemathorin can be used for this purpose. It tackles ride needles and bales. In addition, the product has a side effect on aphids up to 9 weeks after legs. Aphids can transmit nasty viruses and cause suction damage in consumer and starch potatoes.

3. For the future, there are also new developments in the field of granules. Very recently, a new force®Evo drug has been allowed for use in potatoes and maize. The product is a granule based on the active substance tefluthrin, a soil insecticide used during sowing or legs. Especially in corn the registration of Force Evo is very welcome. For plots with a very heavy pressure on ride needles, Force Evo offers an excellent solution. Well before the season starts in 2021, you will receive more information about the product and advice on the application.