Adios to the Ag dollar: A farmer’s story on inflation and inputs 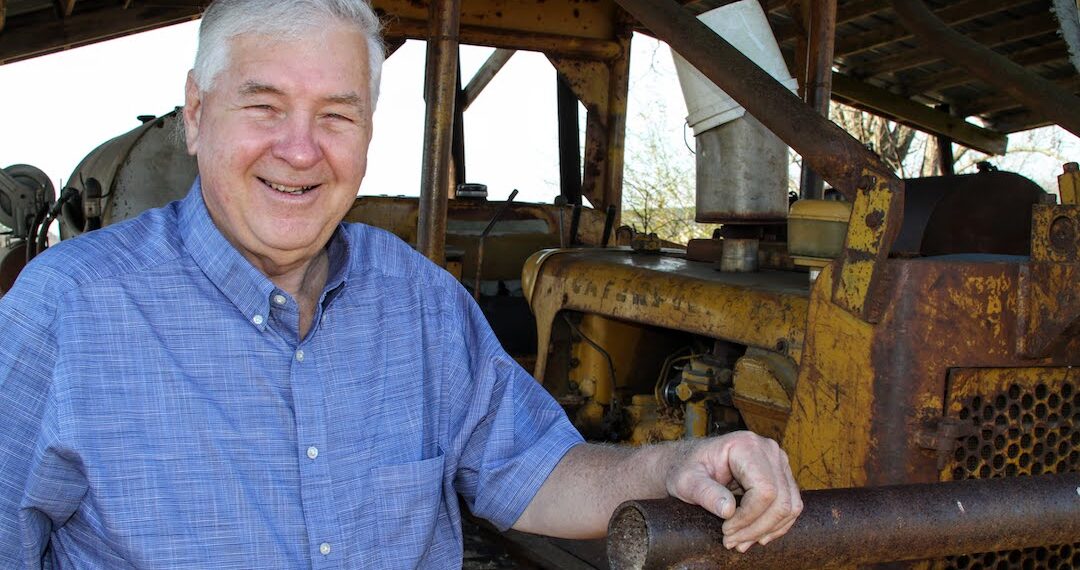 Danny Murphy once paid $10 for a bag of soybean seed, 18 to 30 cents per gallon for diesel, $200 per ton of urea, $20 per day for hired labor, and $25 cash rent. That was then; this is now. “Farming always changes in one way or another, but you can be sure of one thing: The input costs are going to keep climbing”.

Taking off his farming boots in 2022 for the final time, Murphy tells a tale of inflation and input increases across 48 years in the field: “Inflation moved in every area from fertilizer to herbicide, but equipment is where I felt it the worst. Remember parody? Even with crop prices as high as they are in 2022, if they followed the upward trajectory of automobiles or tractors, those same high crop prices should be twice what they are right now.”

Although only a snapshot of one grower’s experience, Murphy’s input testimony is glaring evidence of the massive rise in costs recorded in the relatively short span of a single farming career.

Atop silty loess soil blown down millennia in the past from the Midwest, Murphy farmed in central Mississippi, alongside his brother, Tommy, from 1974-2021. On gentle rolling fields varying in slope from 1% to 4%, Murphy grew cotton and soybeans, and later corn, on 1,600 acres in Madison County.

Cotton ruled his fields until roughly 2000, but following the arrival of price doldrums and infestation of reniform nematode, Murphy added corn to his crop roster. With a keen eye on input numbers, Murphy began a piecemeal shift to no till in 2005, and by 2009, his entire operation was out of conventional tillage.

“If you look back to 1974, we made so many passes in weed control alone, sometimes tilling every week, but we didn’t have much choice. Then GMOs/Roundup Ready came out starting about 1996-1997, and suddenly we were minimum till. It was steady improvement toward no till and I could see the big savings on diesel, labor, equipment wear, improvements to soil structure, and increased organic matter.”

“When you begin to save on inputs, it makes a tremendous difference across your farm—and unfortunately, the opposite is absolutely true, and that’s why inflation can creep up on you and sometimes you don’t realize it.”

Murphy’s lifelong intention was retirement at 70. However, the inflation monster of 2021 drew a long look from a cautious Murphy. Midway through the 2021 harvest, with fertilizer prices jumping, alongside herbicide cost increases and questions over availability, Murphy had a moment of reckoning at 69.

“Commodity prices hadn’t gone crazy at that point. The prices were solid, but not wild. Basically, it was a tighter market, and with Tommy ready to step down, I knew it was time to go. I was looking at fuel, herbicide, nitrogen, and other costs steadily rising. I didn’t want to risk a loss year and then pay it back out of my retirement. That was certainly in my thoughts.”

There is a never an ideal time for a farmer to retire, but Murphy relied on instinct. “I quit while prices were up and I felt good. Sure, if I’d known even higher prices were coming, I would have hesitated, but 69 has a lot of aches and pains, and maybe even a little bit of laziness,” Murphy adds with a laugh. “I feel good about stepping away, and there’s still no way to know what these inputs will do next, but I can promise you one thing—they’ve moved up in my life and they’ll keep moving up over time.”

Reflecting on the economics of farming across his career, Murphy is first drawn to a chasm of difference between yesterday’s and today’s agriculture equipment prices. “I first felt the hit in machinery. In the early 1970s, a new tractor cost me roughly $25,000, a combine was about $30,000, and a John Deere 9900 cotton picker was about $35,000. Yes, those were big sums of money in that day, and commodities were low, but overall inputs were drastically lower.”

Fueling the machinery, Murphy recalls diesel prices in 1974 between 18 cents to 30 cents per gallon. “We would trade in tractors every two to three years and do the same with pickers. The point is, a farmer could move equipment and not get hurt.”

Arguably more noteworthy than machinery, land prices were comparatively at basement prices. Five years before Murphy’s start in agriculture, his father, Carl, bought a small farm with good soils in Madison County for $200 per acre. Roughly 14 years later, Murphy bought a similar farm in Madison County for $900 per acre. “Those were all pretty normal prices of the time, way below the general $3,500-$4,000 of farmland in our area today. That’s not near what they pay in Iowa or Illinois, but the difference over the years is still easy to see.”

The same pattern hasn’t been so dramatic in cash rent, Murphy notes. “In our area today, for non-irrigated ground, you’ll pay upwards of $80 per acre in rent. In 1974, that same ground rented for $25 per acre.”

Crop insurance was not a consideration for Murphy—at least in 1974. Forking out $15 per acre on a catastrophic basis (and considering many farmers had scant records/documentation) was a prospect with minimal appeal. “It was a nonfactor back then and we never thought much about it. That all changed later and I wouldn’t go without crop insurance, but it was just too tough of an investment back then.”

And fertilizer? Murphy recalls the same relative application rates for phosphate, potash, and urea in 1974—but a whole different price range. “Most fertilizer was homogenized and already had sulfur in it. I’d say we paid $150 per ton for phosphate and potash, and $200 per ton of urea.”

Agriculture labor in Madison County typically drew $2-$3 per hour or approximately $20 per day.

Seed costs were highly variable, at least for cotton, and depended on what could be gin-sourced. “Cotton was bringing somewhere in the 50-cent range. We’d buy gin-run seed, and if you could get it off a high-yield plot, you’d get it de-linted, treated, and still buy it cheap. Then you’d add in a few bags off the shelf of a new variety for about $60 per bag. Soybeans didn’t have protective varieties and we pretty much used public varieties. We paid a premium for bagging and I’d say soybean seed cost us $10-$14 per bag, and they were going for $4-$6 per bushel.”

“Matching input prices and crop prices is not easy year over year to stay in business, especially when things move unusually quickly or unexpectedly,” Murphy adds. “You talk about a challenge, but that’s what farmers left today have to face. Farming always changes in one way or another, but you can be sure of one thing: The input costs are going to keep climbing.”

"Dutch onions are in good demand in Germany," says Jaap van Dijk, of Más Frutas. For more than half a...

A brand new factory on the south coast of the Netherlands proves that innovation in agricultural processing is not a...

California is gearing up to begin harvesting its fresh-crop sweet potatoes next month. “In the meantime, sweet potato supplies and...

Potato stocks in Idaho on June 1, 2022 totaled 21.0 million cwt. Disappearance of the Idaho crop to date was...