in America
Reading Time: 5 mins read
A A 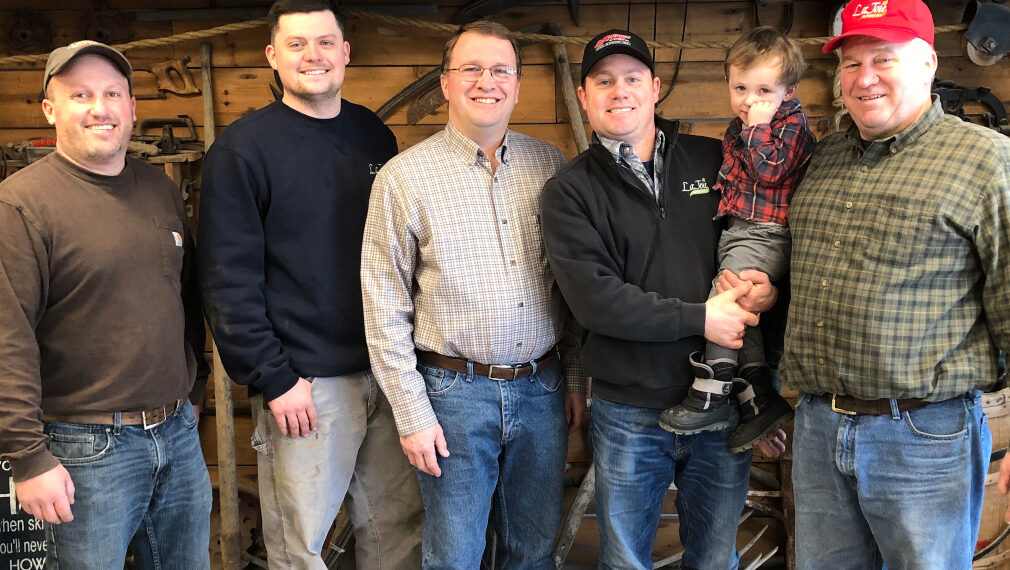 Succession planning probably isn’t much above last will and testament toward the bottom of most farmers’ to-do list. Neither subject is pleasant to think about, but both are necessary for security of both the family business owner’s loved ones and business.

Plans for changing ownership of an operation and its assets, whether to relatives or non-family partners, really shouldn’t be a one-time thing. As a business undergoes changes — which it will, whether due to internal or external reasons — plans need to be continually revisited. “I think that updating plans is critical so that everyone is on the same page,” said Dominic LaJoie, a partner at LaJoie Growers LLC in Maine and current National Potato Council president. “Then they know that if this happens, then this is the direction we’re going.

“Not having a plan is more than likely going to be the end of an operation. My plan is to make sure this operation continues long after I’m gone, so that’s always in the back of my mind.” Lajoie joined fellow potato growers and shippers Jason Davenport of California-based Allied Potato, and Bob Mattive of Colorado, in a virtual roundtable talk during Potato Expo about farm succession. Lincoln Agribusiness associates Michael Cohen, Jeff DeWald and Mark Sherin helped lead the discussion.

Not one, but two

“Every farm needs two succession plans,” DeWald said. “The plan when everything goes right, and then the plan for when life throws you a curveball. “One thing that we see often is that a farm family creates a succession plan — and it can be a terrific plan — but then they put it in a binder in a desk drawer somewhere and it sits there for 10 or 20 years.”

LaJoie admits being guilty of that. In the case of his family partnership, the major curveballs were actually positive things in the way of unexpected growth and a younger generation of the family joining the operation. Still, once the old plan was finally pulled out of the drawer and examined, LaJoie was taken aback at how ineffective it would have been if it had to be put into motion.

“Things changed really fast. Another generation moved into the operation, and we grew the operation to a level that I would have never imagined was possible,” LaJoie said. “The original plan sat in a drawer for 12 or 13 years and in the back of our minds. “We felt we were protected, but when we finally opened that plan, it didn’t fit any of our needs anymore. It was almost a hazard to have that plan in place.” He added that a “stress test” revealed that after taxes and legal fees were paid, there would have been little left to go to the partners’ families. “That was very eye-opening,” he said.

In farming, standard operating practice has traditionally meant reinvesting profits in the business, whether through equipment or land purchases or other expansion. Sherin advised that farmers shouldn’t neglect personal investments that will be necessary to sustain them through retirement, however. “Farmers don’t always invest in stocks and bonds and then, when they pass the business down, they have little outside of it to show for it,” said Sherin, who recommends something like a value gap analysis to help plan for retirement. “People are living longer. The average retirement is now 20 years.”

Keeping it in the family … or not?

While most farmers like the thought of keeping the family business a family business after they step away, sometimes that’s not always the best course of action. Davenport, who founded Allied Potato in 2007, came from a situation where his parents’ farm was sold to a third party when they got out of the business, so he understands the financial practicality of a non-succession route.  “Sometimes, that’s just easier,” he said.

He and his business partner, who both have children not yet old enough to make the decision on whether they’d like to continue the ag business, are trying to grow Allied Potato in a way that allows for flexibility both for themselves and for their children, should they choose to take over down the line. “We have to have an honest conversation about what our challenges are and how to create those values not just for the next generation, but also for us,” Davenport said. “I don’t want to be hit with a situation where all of a sudden I’m 65 and I realize I’m tired and I want to slow down.”

Another factor in creating an operation that can endure ownership change is retaining key managerial-type employees that can help shoulder the load should a partner need to step away. Even finding such employees is a challenge right now for agriculture business owners, much less keeping them. “The labor market in agriculture is getting really, really hard. Anymore, it just feels like we’re robbing from our neighboring businesses,” Davenport said. “It feels like there aren’t as many people coming into agriculture to develop, and the ones that are are still fairly young.

“We have some great people working for us and stepping up, but I see additional needs down the line.” Added LaJoie, “Technology has been a huge aid in filling some of those gaps, be more efficient and do multiple jobs, but recruiting and finding good people to be an all-around farm manager and all-around farm person is a struggle.” Davenport said his company has a strong benefits package that includes a business-performance bonus structure to give non-equity-holding staff a sense of ownership.

“We also try to be flexible with our time off,” he added. “We know when our busy season and peak seasons are. We’re trying to adapt our business to offer that work-life balance. I think a lot of agriculture maybe doesn’t quite focus on that enough.” When asked if a financial structure possibility that includes more tax-friendly benefits for employees — both immediate and long-term — was available, Davenport said he’d jump at it.

“Not only is that appealing to us as owners from a tax side of things for us and (employees), but it’s ultimately what people want,” he said. “They want to know if they reward us with their loyalty, then how are we going to reward them with loyalty for the future as well.” When asked what his advice is for fellow farmers, Lajoie said, “Sit down and look at what you have, and if you don’t have anything in place, definitely get some help and get started.

“Time goes by fast, families change every day, and if you want your family protected, your farm protected and all of that legacy protected, you have to start now.”

Fertilizers prices are rising extremely high – and things get worse

California is gearing up to begin harvesting its fresh-crop sweet potatoes next month. “In the meantime, sweet potato supplies and...

Potato stocks in Idaho on June 1, 2022 totaled 21.0 million cwt. Disappearance of the Idaho crop to date was...

OVER the last decade, the Innovative Farmers group has launched more than 120 field labs and awarded more than £450,000...

Following the rise in prices that has been at the centre of disputes and protests all over Cyprus in recent...