in News, Products of processing of potatoes
Reading Time: 1 min read
A A 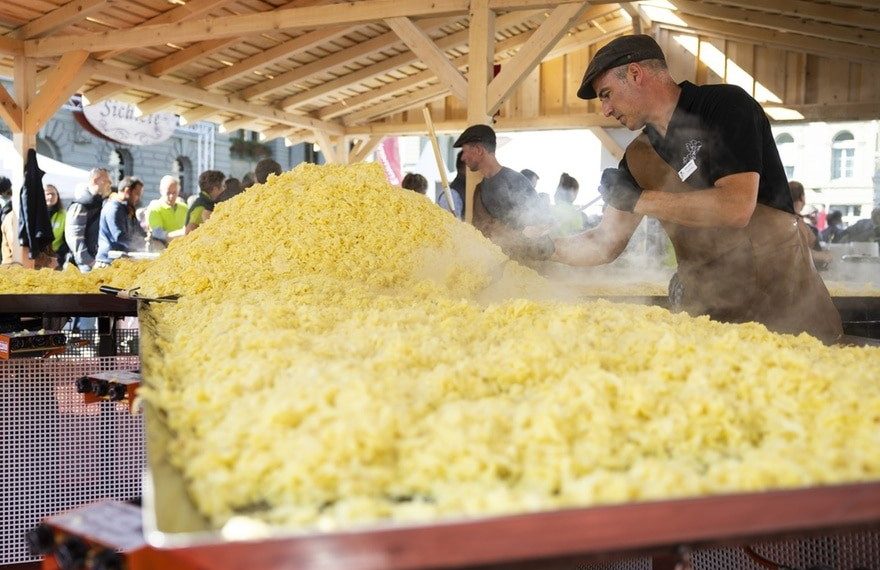 It took over 1,350 kilos of potatoes to cook the world’s largest rösti – a traditional potato fritter from Switzerland. According to a Euronews report, members of the Swiss Farmer’s Union cooked up the colossal 13 square metre rösti handing out portions to the crowd in front of the parliament building in Bern on Monday.

The farmer’s union president announced the new rösti record, which beat the one set in 1994, when a three-square-metre fritter was made.

The union, which is celebrating its 125th anniversary, had the pan in the shape of a massive cross placed on a vast red mat to look like the Swiss flag.

IFA: Potato yields in Ireland, Europe and the U.K. reported to be ‘much lower than last year’